An aging businessman (Jackie Chan) loses his teenage daughter (Charlie Murphy) in a London car bombing that's suspected of being the work of the IRA. When an Irish official refuses to help him find her murderer, the grieving father terrorizes him until he can provide the names of possible killers. Also with Pierce Brosnan, Simon Kunz and Katie Leung. Directed by Martin Campbell. Several lines of dialogue are in Chinese with English subtitles. Many characters speak with thick Irish accents. [1:54]

SEX/NUDITY 5 - We see the sweaty faces, necks, and bare shoulders of a man and a woman as they gasp and fall side by side on a bed in close-up (sex is implied); he leans off-screen and the camera shows him wearing a waist to ankle towel (we see his bare chest and abdomen) and the woman is shown wearing a long shirt (we see her bare legs to the top of the thighs) and the man lies on top of the woman on the bed again and kisses her as the scene ends (sex is again implied). A younger man enters a woman's room and removes his shirt (he is the nephew of the woman's husband); they kiss passionately until a phone call interrupts them and he leaves (we hear later that they were together for two hours and sex is implied).
► A woman kisses a man and hugs him; he smiles and is tearful. A married man and a single woman lie in bed side by side (we see their bare shoulders and arms, along with his chest).
► A few scenes include a woman wearing a scoop neck nightgown that reveals cleavage. A few men are shirtless in different scenes and we see bare chests, backs, arms, and shoulders.

SUBSTANCE USE - A man mentions that the IRA has several kilos of an unnamed drug. A man drinks whisky in his office and at home several times, a man pours whisky for another man who drinks (three times), a man drinks from a whisky bottle twice, a man and a woman drink short glasses of whisky in a café, a woman orders a single malt whisky and drinks it all at once in a bar and adding more whisky from a friend's glass to her own, three men in an apartment sit in front of glasses of beer (they do not drink), and a woman drinks a bottle of beer. A man smokes a cigarette in a building, a man uses a lit cigarette as a bomb fuse (please see the Violence/Gore category for more details), and a soldering tool sends up smoke like a cigarette.

MESSAGE - Determined individuals and governments can gain justice against terrorists. 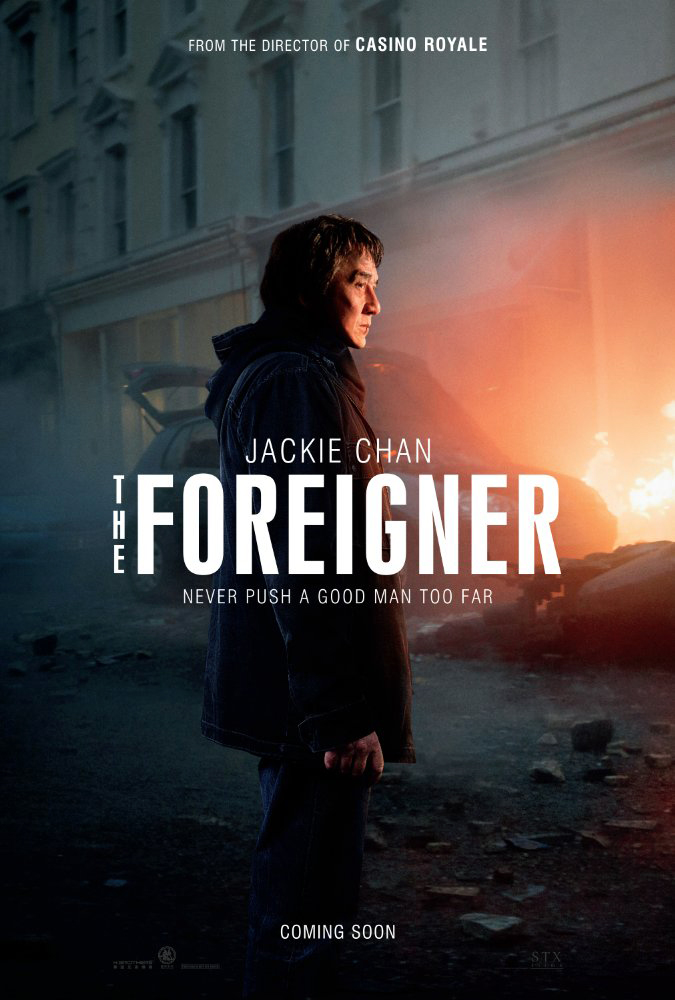