Romantic comedy with Drew Barrymore as a successful financial analyst who's having trouble finding men who are interesting enough to be date-worthy. When she falls in love with a high school teacher and baseball fanatic (Jimmy Fallon) she quickly realizes that she may have found her life partner despite the fact that he doesn't have a high-powered career. That is, until the baseball season begins and she has to compete with his first true love, which is the Boston Red Sox. Also with Lenny Clarke, Jack Kehler and James B. Sikking. Directed by Bobby & Peter Farrelly. [1:41]

SEX/NUDITY 4 - A man and a woman snuggle in bed together (it is obvious that they have just had sex), they talk about the quality of the sex that they just had and they kiss tenderly (he's bare-chested).
► We see a man in his boxer shorts and a robe, men are shown bare-chested in a few scenes, and a woman wears a low-cut dress that reveals cleavage. Women are shown working out in tight-fitting and revealing outfits that show cleavage, bare abdomens and bare backs, and as they ride stationary bikes their cleavage is even more pronounced.
► A man and a woman kiss, they fall into bed, he removes his shirt (we see him bare-chested) and they continue to kiss. Also, a man kisses a woman's face and neck while they lie in bed, men and women dance at a party and a man and a woman kiss, and a man and a woman kiss in several other scenes. A man and a woman hug, and a man jumps into another man's arms and hugs him.
► An apparently catatonic man is showered by three other men: one man appears to be scrubbing the man's genitals and we are told that he is shaving him.
► A woman tells her daughter that her boyfriend is washing her father's [golf] balls -- the description could easily have been understood in sexual terms -- and an angry baseball fan tells an umpire to "get off your knees..." A man says to a woman, "This is getting me hot," and a woman says to her boyfriend "...we go at it all night." A woman says that she would wash a part of a man's anatomy, a man says that he is a woman's sex slave, and a man says that his wife lets him, "dance in her panties once in a while." A woman makes a remark about a part of a man's anatomy as he walks past.
► A teenage boy talks about a woman being a "major hottie," a teenage girl talks about the woman having "glanced at the pants" of a man. A man, talking to a boy, begins to talk about his sex life but stops. A man changes a sick woman, putting her in a nightgown, and says, "I won't look. OK, I looked" (we see the woman's bare shoulders). A man suggests that he barter his wife for season baseball tickets.
► A man and a woman walk arm-in-arm, a man and a woman lie in bed together reading. A man asks a woman on a date. A woman tells a man that she might be pregnant. A news reporter talks about women celebrating topless on the street.

VIOLENCE/GORE 3 - A woman is chased by security guard and police, she knocks one in the head with her purse, and she kicks another. A woman punches another woman in the face knocking her back onto the floor (no blood). A man hits a man in the head, and a man smacks a boy on the back of the head.
► A woman is hit hard in the head by a baseball, she is knocked unconscious, we hear that she has a concussion and we see a large lump on her forehead. A woman is hit hard in the head by a football, and a man punches a wall. A woman falls from a rock wall and lands on the ground (her rope holder let go). A dog snarls and snaps at a man.
► A woman vomits repeatedly (we hear splatters and gagging) and we hear that she is suffering from food poisoning. We hear that a dog has eaten vomit, and we hear that a man had collected bags of hair and toenail clippings. A man scrubs a bathroom, and a dog's mouth from vomit, and says, "there was hardly any chunkage." A man says that he urinated in shrubs when another man asks him for a urine sample.
► A man says that a woman's face resembles an "adorable stroke victim" when she talks out of one side of her mouth. We hear that a man's uncle died of cancer. A man's face is smeared with food and he appears nearly catatonic. A man has badly dyed hair.

MESSAGE - Perspective and balance are the keys to contentment.

(Note: A short cartoon entitled "American Dad" precedes the feature and includes the following:A man with a towel around his waist -- we see his bare back, chest and legs -- lies on a table and a woman in a skimpy dress -- we see her cleavage and bare legs -- gives him a massage, and she tells him to roll over and reaches for his towel, below the waist. A man tasers a girl in the side, she flops to the floor, thrashes and jerks, a man puts a hand mixer in a fish bowl and turns it on and the fish flops and spins around with the water, and a man with a gun shoots the camera lens. There is a conversation about a family being heterosexual, and there is a story line about an extraterrestrial living with the family, and about people smoking marijuana. There are 3 mild obscenities.) 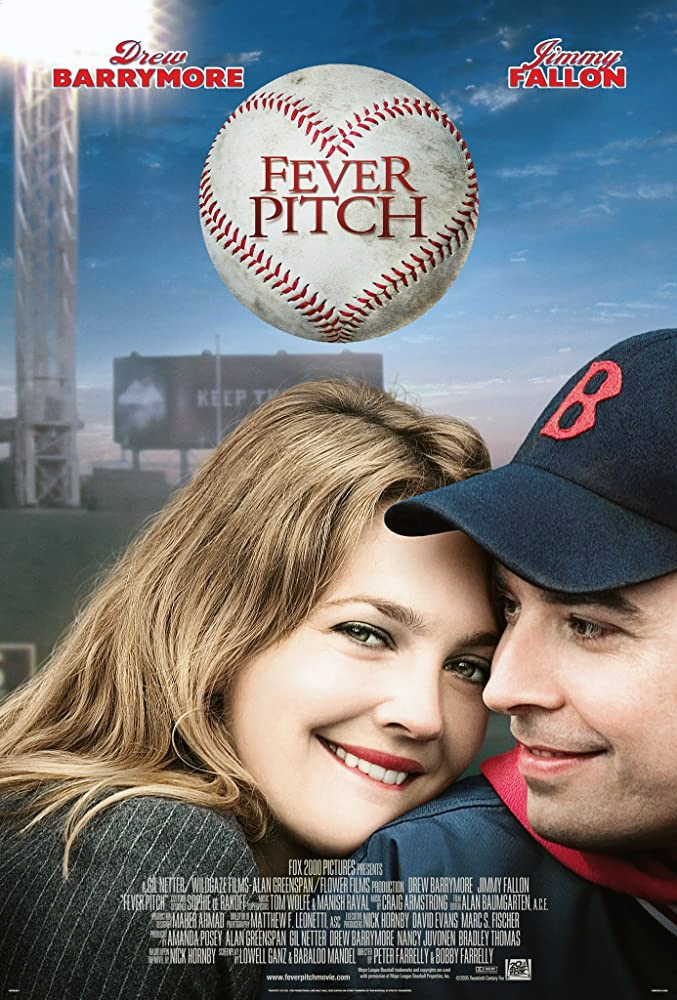