Paul Walker stars as a rookie cop who poses as a racing team member in order to investigate a series of truck hijackings. Initially, he manages to ingratiate himself with the team's leader (Vin Diesel) but soon finds himself in danger as some racing team members begin to suspect him as an impostor. Also with Michelle Rodriguez, Jordana Brewster, Rick Yune, Mike White, Beau Holden, Thom Barry, Reggie Lee, Ted Levine, Chad Lindberg, Vyto Ruginis, Ja Rule, Matt Schulze and Johnny Strong. [1:47]

SEX/NUDITY 4 - A woman takes off her top and we see the sides of her bare breasts from behind, and a woman puts a man's hand on her breast and rubs it around. A woman pulls down her pants and flashes her buttocks (she's in a thong). A woman takes off a man's shirt and kisses him, and he picks her up by the bottom and kisses her chest. A man and woman are shown in bed, presumably after having had sex (he is bare chested and she is covered by sheets). In one scene two women are seen kissing in the background. A man and woman kiss a couple of times, one time while they are in bed. A man takes off his shirt and is shown bare-chested. There is a reference to a man being aroused by a woman's photos. Many women are shown in skimpy and tight fitting outfits revealing cleavage and thighs. There is some sexual innuendo; a woman invites a man to give her a massage, and a woman tells a man that she and her friend are the prize if he wins a race.

VIOLENCE/GORE 5 - A man is shot several times in the chest. We see a bloody wounded man and hear him moaning and breathing heavily as he goes into shock. We hear a clinical description of a man's wounds. A man is shoved to the ground and force-fed oil (we see him covered in oil and hear him gagging and coughing). We see photos of a man's face covered with bloody stitches and hear that he had been beaten with a wrench. A man describes the scene when his father burned to death in a car. There are a few scenes showing trucks being hijacked by three cars; the cars weave under and around the truck as the truck speeds along a highway; one car shoots a metal arrowhead attached to a rope that a character uses to climb into the truck's cab. During one hijacking scene the driver beats a man with a baseball bat, during another the driver repeatedly shoots at a man (and hits him once); the man dangles from the truck's grill and then the truck's door. A car hits a truck and flips over and crashes, wounding the driver (he's seen with a bloody head wound); another car is pushed off the road and flips, injuring the driver (she is seen spitting blood). A man jumps from a speeding car onto a speeding truck and then back. There is a car chase (first with a man on foot and then in a car) and another car chase with guns being fired (two people end up dead). There are several scenes of cars racing one-on-one and in packs: One scene shows two cars trying to beat a train to a crossing and they crash through the safety gates. A car is shot at repeatedly until it explodes. A man is hit on the head with a gun and is knocked out. Two men punch each other and wrestle each other to the ground. A man is shoved into the side of a car, a man is kneed in the stomach, a man is punched in the face and a woman punches a man in the face. There are several scenes with people being threatened with guns, and there are verbal threats of physical violence.

MESSAGE - Winning is everything. 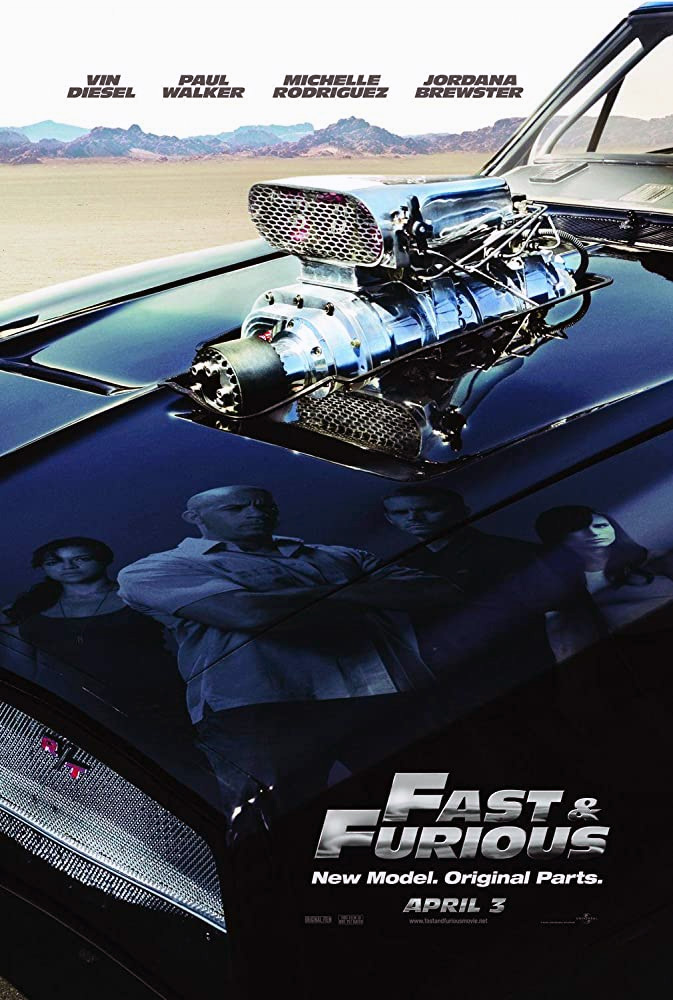