The second installment in the series begins with Reed Richards (Ioan Gruffudd) and Sue Storm (Jessica Alba) planning their wedding ceremony, when a mysterious figure, The Silver Surfer, starts showing up on different parts of the planet, creating huge craters and wreaking havoc with the environment. As The Fantastic Four try to understand what's going on, their old nemesis, Dr. Doom, shows up and this time he's working with the U.S. Army. Also with Chris Evans, Michael Chiklis and Julian McMahon. Directed by Tim Story. [1:32]

SEX/NUDITY 3 - Two women caress a man's chest, they all dance together and the man ends up with his arms wrapped around the women; then his fiancée enters the room and she's not pleased.
► A woman caresses a man's shoulders and they kiss, and there are several other scenes of men and women kissing. Men and women dance in a nightclub scene.
► An alien appears to be made of silver, it has the shape of a human male mannequin: his bare chest, abdomen, smooth crotch and buttocks are visible. A man comes out of the bathroom with a towel wrapped around his waist and his bare chest is visible: a woman approaches him and he tries to flirt with her, with no success. Women in a dance club scene wear low-cut tops that reveal cleavage and bare shoulders. A woman wears a robe that opens in the front and reveals her bare thighs. A female superhuman who had been on fire (she was not harmed) drops to the ground and she realizes she is nude (we see a bit of her bare back, legs and arms and people around her gasp).
► A woman tells a man "I'm so hot for you right now." A man talks to another man about how attractive his girlfriend is and that he "can't even think of a guy who wouldn't..." before he is interrupted. A man asks a superhuman who's made out of stone how he and his girlfriend have sex and makes a joke about it. A woman asks another woman what it takes to date a superhuman who can become superheated at will, and she replies, "fireproof lingerie and a lot of aloe." A man talks about his fiancée being the "hottest woman in the world." A man agrees to having a bachelor party but says "no exotic dancers."

VIOLENCE/GORE 4 - A super hero is stabbed through the chest by a metal spear, and falls to the ground and dies.
► A prisoner is strapped into a restraining device, a man approaches him and makes a comment about getting into trouble for human rights violations and that he is thankful that the prisoner is not human; we later see the man holding jumper cables to the prisoner's neck and jolting him (we also see other implements of presumably torture laid out on a table behind him).
► A superhuman hurls energy beams at two men, they are thrown into walls, and one man shoots at him; the superhuman then blasts the shooter with another energy beam, which solidifies and shatters him (he looks like a crumbled statue, with parts of his body broken or missing).
► A large crater opens under a river draining the water, people on land run when the ground begins to crack under them, a large Ferris wheel begins to tip and come loose from its moorings, and people on the ride scream in fear (they are all eventually rescued).
► A helicopter pilot loses control, the helicopter spins and flies toward a crowd of people with the spinning blades nearly striking several people in the crowd, and a superhuman's head is caught up in the rudder blade (he is not injured) before the helicopter is pulled down.
► Two superhumans fight: one is punched repeatedly and then is kicked into a river where he sinks rapidly.
► A superhuman shoots power beams at other superhumans who are flying in vessels, and their vessels are struck by falling rocks as mountains around them crumble; the assailant spins in the air and the vessels are trapped in the swirling cloud and crash to the ground (one crashes onto a busy city street where people run and scream).
► An army opens fire on an alien who absorbs a rocket into its surfboard and deflects others without injury. An alien is knocked off his flying vessel, lands hard on the ground and lies motionless (he is not dead).
► A superhuman chases an alien through the air at high speeds: one can fly through matter without disruption, one spins around the Washington Monument and cracks it, they fly high above the atmosphere, one grabs the other around the throat, then drops him, and he falls toward the ground and bounces when he lands (he's OK).
► A superhuman hurls an energy blast toward an alien, who hurls an energy blast of his own back at the superhuman, who is struck and thrown back through a glacier wall.
► A superhuman grabs another superhuman around the throat, slams him against a wall and squeezes (he eventually lets him go, unharmed). A superhuman is slammed into a wall making a hole and pinning another superhuman behind him (they are both OK).
► A superhuman in a metal case and wearing a metal mask opens his eyes abruptly. We see a superhuman strapped into a vertical plank while another man appears to be sanding a metal mask on his face; the superhuman breaks free and throws the other man into a wall.
► A superhuman touches another superhuman, she bursts into flames, and she screams and flails for an extended period of time (she's OK). A woman places a man in a force field and we see his face squished against it and pushed out of shape.
► A bright meteorite-like object soars over a planet's surface causing oceans to freeze, snow to fall in deserts and power to go out in cities. A dark, swirling cloud hovers over a planet, molten lava blasts from beneath the surface and the planet begins breaking apart. A huge swirling cloud moves toward Earth, buildings crumble, and people run in panic.
► Two men argue in a couple of scenes. We hear about an entity that consumes the power of planets to survive, referred to as The Devourer of Worlds. An alien approaches a superhuman and she seems to be afraid.
► A superhuman throws a dart at a dartboard that catches fire (he puts the flame out with beer). A grizzly bear roars at a superhuman, he roars back even louder and the bear runs away whimpering.
► We see a man with a badly deformed face from an injury. A superhuman's legs turn to rubber and he is unable to support himself. A superhuman burps loudly causing the hair of the man seated next to him to blow back.

SUBSTANCE USE - People are shown drinking alcohol in a few bar and nightclub scenes.

MESSAGE - Being smart, really good at science and a nerd is cool and can save the world. Torture is wrong and ineffective. Being normal is what you make of it. 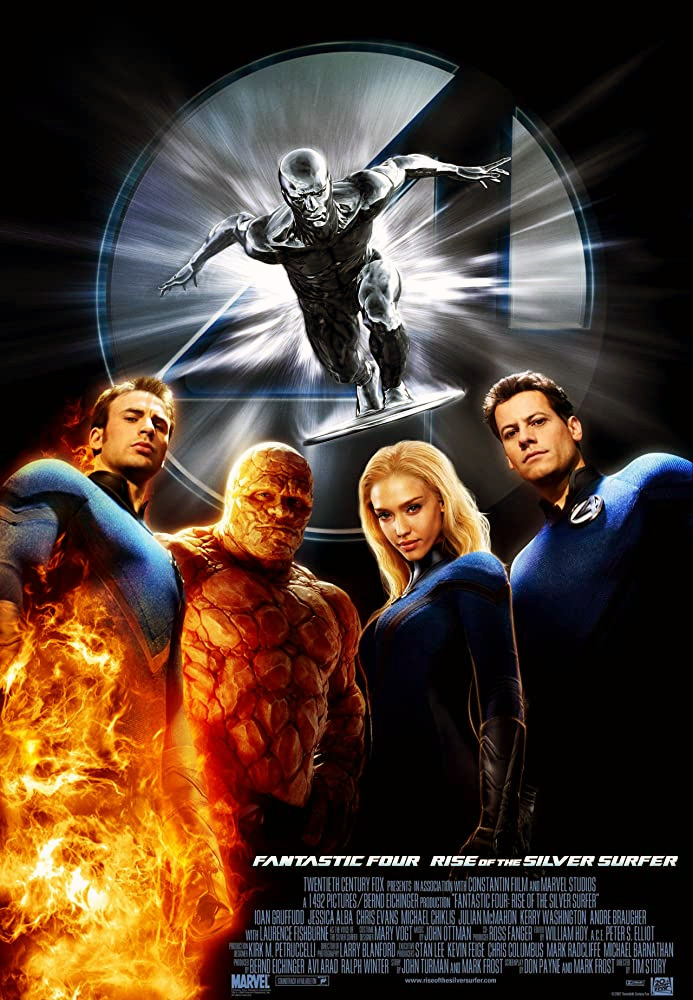