SEX/NUDITY 3 - Some sexual innuendo; also, there sometimes seems to be a subtle sexual element to the act of lubricating and plugging a cord into a person's "port" -- a hole in the base of one's spinal cord, similar to an electrical outlet (see also Violence/Gore). A man sticks his tongue into a woman's "port," then they kiss passionately (we briefly see her bare upper leg and a tiny bit of her buttocks through her skirt's slit as he caresses her legs and buttocks); she then turns around and it's implied he has intercourse with her "port" (we briefly see him caressing her clothed breast and thrusting into her back; squishy sounds are audible).

VIOLENCE/GORE 10 - More gore than violence, though there's a lot of both; nearly all violent scenes also contain gore. In many scenes we see game control "pods" that look like malleable pieces of rubber flesh with large nipple-like buttons, along with wires that look like umbilical cords (both have a slightly bloody tint and visible veins); we also see a man and woman's "port" -- a hole in the base of one's spinal cord, similar to an electrical outlet -- many times throughout the movie. A woman is shot in the shoulder; we see her bloody wound several times and later see a man dig into the wound with a knife (we hear squishy noises, see lots of blood, then see a bloody tooth he extracts from the wound). A man is shot through the neck (we see his very bloody wound as he's lying on the floor) and another is shot twice in the cheek (the side of his face is extremely bloody and it looks as if most of the skin is missing). Several other men and women are shot in the chest or stomach, sometimes repeatedly; a couple have blood spurting from their wounds and most have blood on their clothing. A man's "port" explodes (we see flesh and blood burst from his back) and a man is stabbed in the back. A "port" is injected into a man's spinal cord (we hear a loud shot, see him fly face first into a chair, then see a slightly red, swollen hole in his back) and a woman injects a plug into a man's "port." Twice, we see goo-covered guns made out of small amphibian carcasses; one of the guns oozes blood onto a man's hands after he uses it and later we see a dog gnawing on it (we see some blood on its paws and mouth). Several times we see a person's finger, an umbilical cord/wire or a small control pod being pushed into a "port" (we almost always hear squishy sounds, too); often, the object is lubricated in someone's mouth before it's pushed in. In one of the scenes, a woman appears to be in pain after a cord is put into her back and a man tries to yank it out; he then cuts the cord and lots of blood spurts onto his hands, her legs and the floor. Two men perform surgery on a control pod; the men poke around its extremely bloody, gooey insides (we hear squishy noises) and blood runs onto the operating table. We see lots of very slimy, bloody and gutted mutant creatures and their organs in a factory; one creature is beheaded (blood spurts from its neck) and another's belly is sliced open (lots of blood and goo pours out) and a few of its organs are removed. A man is served a large platter of mutant creatures and he eats several of them (we hear lots of squishy noises and see the creatures' skeletons afterward). We see a corpse with an umbilical cord/wire wrapped around its neck. A man torches a control pod with a flame-thrower and lots of black ashes fly into the air; also, a man shoots a control pod into pieces. An explosion and one battle scene: we hear explosions and gunfire and see soldiers running around and buildings on fire.

MESSAGE - When you play virtual reality games, it can become difficult to tell the difference between reality and fantasy. 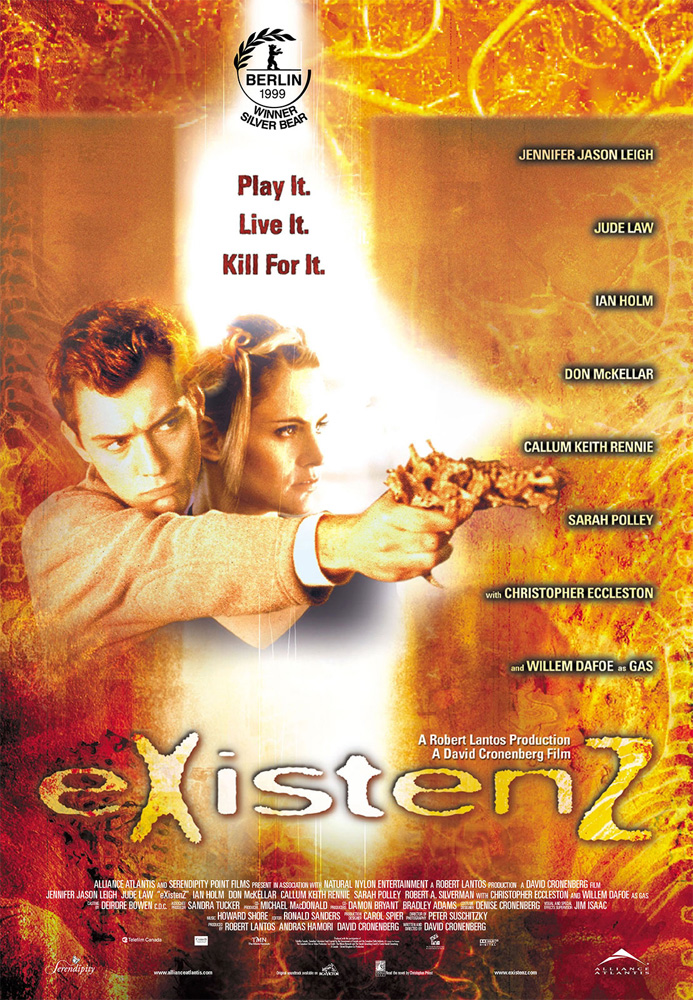