From her appearance in "Daredevil," Elektra (Jennifer Garner) is revived so she can star in her own film, and she is now stronger than ever. She has become a hired killer and is very good at it, until she is assigned to kill a man and his 13-year-old daughter. She instead befriends them, and she decides to protect them against her fellow assassins who are now trying to finish her job. Also with Goran Visnjic, Terence Stamp, Jason Isaacs and Will Yun Lee. Directed by Rob Bowman. [1:37]

SEX/NUDITY 3 - In an extended sequence, a woman kisses another woman on the mouth, and we see the woman turning pale and grey, and she slowly falls back onto the ground. A man touches a woman's hand and they kiss tenderly. A woman wears a tight-fitting red satin outfit in a few scenes that consists of a low-cut laced-up corset, low-slung pants and red boots -- it reveals cleavage, bare shoulders and her bare abdomen. A woman wears a swimsuit that reveals cleavage, her bare abdomen and legs.

VIOLENCE/GORE 6 - A woman enters a room where a man sits in a chair, she throws a dagger that goes through the chair and into his back, he flinches, and then is still; she removes the dagger and a spurt of blood comes through the chair. A woman with a dagger jumps into the air stabbing a man who lies on a porch roof. A woman breaks a man's neck (we hear a crunch). A man shoots short arrows into a house where a man, girl and woman are, they run and hide; the woman fights with the man using punches and kicks, stabs him in the back with an arrow, he shoots at her, his arm is pinned to the wall with a star, and the man breaks his own neck (we hear a crunch and see his head bend unnaturally) and then disintegrates into a burst of green light. A man squeezes a man's head, the man groans, he falls to his knees and the man cuts his head off (we hear the shwing of the sword). A man and a woman fight with swords: he hits her and she falls back onto the ground, he kicks her and she sails into a cement column and onto the ground, he charges her and she stabs him and dumps him into a well (we see a large green flash as he falls). A dagger is thrown hitting a woman in the face, and she bursts into a green flash of light. A woman with a dagger lunges at a man, the dagger breaks, the man hits her with a club, and he throws the club hitting a tree that topples and falls on top of him (he disintegrates and bursts into a green light). A man is thrown off a roof, we hear a thud and see him lying still on the ground. A wolf attacks a man and he shoves a stick in its mouth; another man punches and kicks the man, and a man throws a dagger killing him (he turns into a flash of green light). A wolf is hit with a chain and it turns into a flash of green light. Several people crash through windows where a woman waits, she turns on the gas on a stove, throws a candle into the room, and the explosion knocks the people back out through the window. A man sits in a room waiting, we hear gunfire outside the room, we see security monitor screens go blank, and another man inside the room shoots at the door; then he goes into the hall where he is attacked by a woman, and they fight with kicks and punches. A young girl picks up a pendant that is around her dead mother's neck, it is sticky with blood and we see blood on the woman's chest (we see parts of this scene a few times during a woman's nightmares). A woman with daggers slashes at a man and he slashes at her with a sword, he holds a sword to her throat, he kicks her across a room, and she lies still covered with sheets. Many snakes slither off a man's body and they chase a woman and a girl, the girl falls onto the ground, and the snakes slither over her body completely covering her (we hear her scream). A wolf pulls off a tattoo from a man's stomach (we see it stretching the man's skin) and charges after three people. A man shoots at a bird through a window (it flies away). A woman charges toward a man, he grabs her by the hair, pushes her down onto a pool table and holds a cue across her throat. A woman is shown in an ambulance with a streak of blood across her throat and the Emergency Medical Technicians use a defibrillator on her. A woman throws a utility knife at a girl as she runs away pinning her sleeve to a wall. A woman blows a kiss to a man who begins to gag, his skin turns grey and veins protrude from his face. A woman blows in a girl's face, the girl turns ashen, her eyes turn yellow and she collapses (she is motionless and presumed dead). A man shoots through a door, the shots do not penetrate a seemingly man on the other side of the door, and the man breaks the door down. We see images of good and evil, represented in animated sketches; they are fighting with swords, and we see a man with snakes slithering around his body. A woman and a girl fight with punches and kicks, and the woman holds the girl by the throat. A woman fights using a stick, hitting several other people and tossing one man through the air, and a girl fights several people using a stick. A woman with a high-powered crossbow takes aim at a man and a girl. A young girl walks into a room and sees a horned creature (it is representative of evil) near where her mother lies dead (we see this several times in a woman's nightmares). A woman and a girl jump through a window. A woman walks through a forest killing everything she touches (mostly the foliage). A bird on a wall painting blinks its eye, begins to move, pulls away from the wall, flies toward a man, pulls at his skin, and becomes part of a tattoo on his chest. A man talks about his wife having been killed by a drunk driver. A woman talks about killing people for a living. A large spider crawls under a girl's bed, and it melts and drips between the floorboards. A young girl is forced to tread water for long periods of time. A girl screams when she is startled.

MESSAGE - Everyone deserves a second chance. Some lessons cannot be taught; they must be experienced. 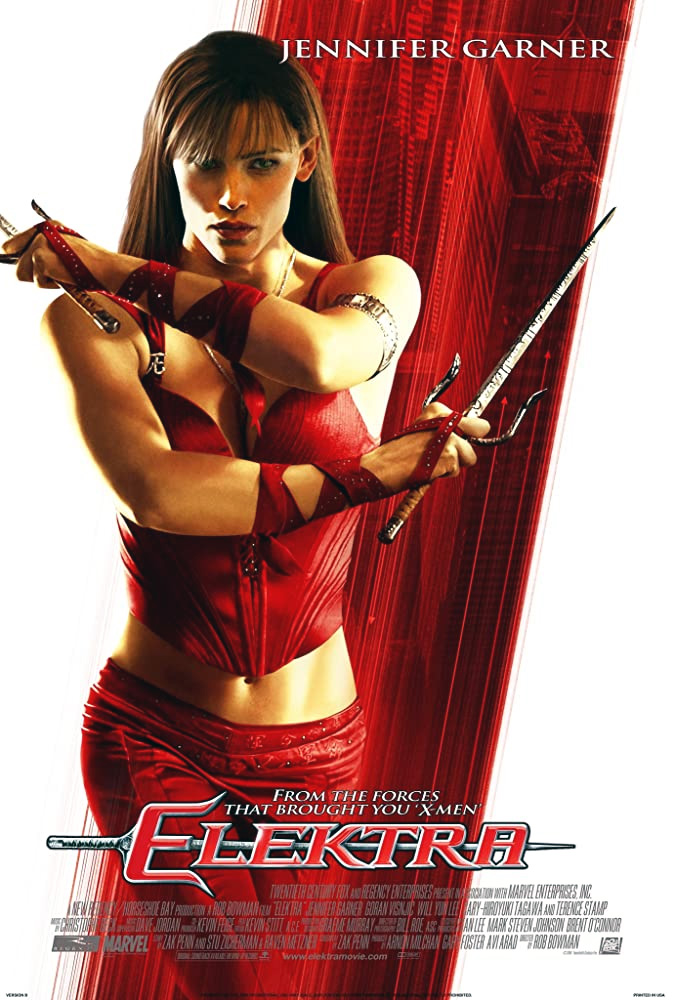