A young man (Shia LaBeouf) whose life is in a constant state of flux learns that his twin brother has died. After attending his funeral he receives a phone call that sets in motion a series of events that may end in his death. At the same time, a woman (Michelle Monaghan) also receives a call that instructs her to take action or her young son will be killed. The two become unwitting partners in a race for their lives. Also with Rosario Dawson, Anthony Azizi, Billy Bob Thornton, Anthony Mackie, Michael Chiklis, Cameron Boyce and Lynn Cohen. Directed by D.J. Caruso. [1:58]

VIOLENCE/GORE 6 - A man is angry and yells at two people, he runs away from them, high voltage power lines break above his head, and one wire drops toward him and strikes him (we see a flash of sparks and then see his charred, dismembered hand and his charred body, and we hear squishing sounds when something is removed from his head). A young man is shot three times in the back and we see him covered in blood and lying motionless on the floor (blood pools on the floor under him).
► We see a military operation where personnel try to identify a terrorist in a village, they are unable to determine without a doubt that the man they have found is indeed the terrorist but it is determined that the target should be destroyed, and we see a rocket launched and a large explosion where a large group of people had been gathered for a funeral.
► The rear window of a car is shot out, the driver speeds away and is chased by police cars that crash and flip and spin (there are several large collisions); the car is shot at repeatedly, it speeds into an intersection where there is a red light, many cars crash together (we see cars crumpling and glass breaking), several cars are crushed by heavy machinery, one is picked up in a large claw and thrown, and another is picked up and dropped into water below just after the passengers jump out and land on a garbage barge. Two planes take off, one chases the other, one fires weapons at a car, chases it into a tunnel and fires again striking a truck that flips, rolls over several cars and explodes. A plane crashes and explodes causing a car to explode as well -- there was a passenger in the car. A car is broadsided by a tanker truck and we hear that the driver died.
► A man and a woman are trapped in a room where sparks shoot around them; a fire breaks out and blows through the room, and they crawl under the floor. A young man and a woman rob armored truck guards at gunpoint and steal a case; they are then shot at and chased. Men with guns drawn break into a young man's apartment, tackle him to the floor and handcuff him. A woman jams a metal bar into a mechanism that explodes and we understand that she died at the scene. A large crane breaks through the side of an office building where a young man is standing, he jumps from the building, lands on train tracks, a train speeds toward him, and he jumps out of the way. A man is s truck by a robotic arm, and he crashes back through a glass wall and lands motionless on the floor.
► A young man and a woman are chased through an airport by a man with a gun, they run into the baggage processing area, they climb across and ride on conveyor belts and down luggage chutes, the man with the gun fires at them, the man and the young man fight briefly, and the man strikes his head on a metal beam (we later see him with a bruise on his forehead). A train stops abruptly, people are thrown to the floor, and a young man jumps out of the train and rolls on the ground. A man and a woman fall into water, we see them struggling to get out, and the woman gets out and helps the man.
► A man has a very bloody wound on his side. We see people gathered at a funeral and we see the deceased lying in an open casket.
► A woman with a gun threatens a young man. A young man and a woman yell at each other in a car and shake each other. A woman becomes anxious and frightened when she receives a phone call and her son's life is threatened. A young man and his father argue. A young man's landlady presses him for his rent money (he is only able to pay a small amount). We hear reports of violence and many people dying in terrorist attacks.
► We see an explosives demonstration where a very small amount of a crystal causes a very large explosion. A young man finds many weapons, bomb making materials and chemical canisters in his apartment.
► A young man and a woman inject themselves with a serum that reduces their heart rates and lock themselves in a crate on a transport plane (we see them fall unconscious and then later when they come out of the crate they are OK).

SUBSTANCE USE - A young man and a woman inject themselves with a serum that reduces their heart rates. People are shown drinking alcohol in a bar, and three women drink beer with shots of alcohol.

MESSAGE - Technology can be a powerful tool, but must be checked and controlled. 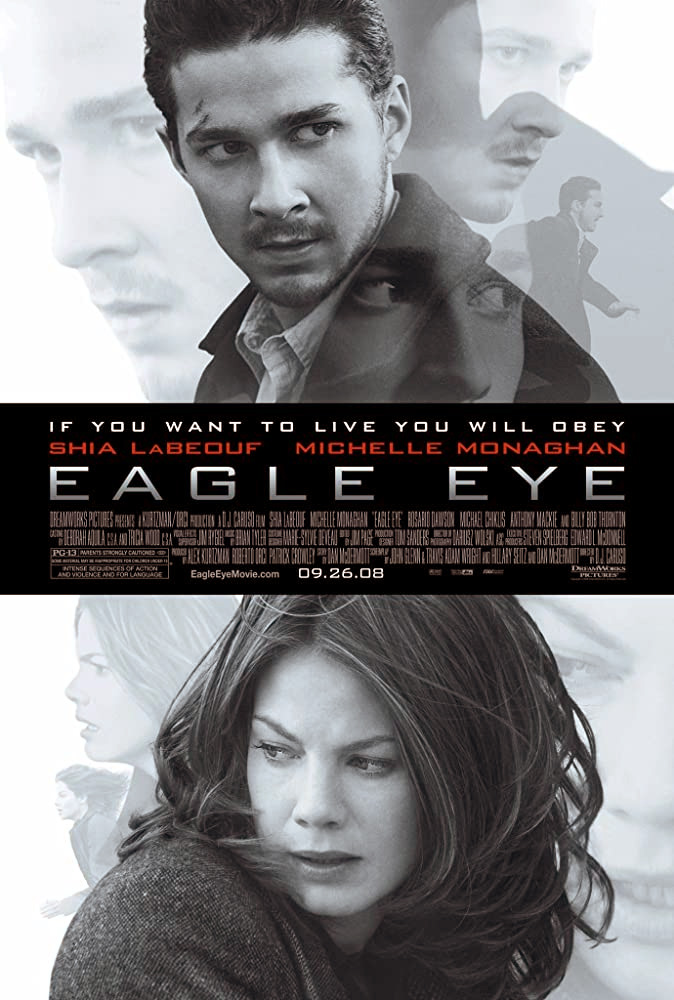