Based on the teen-age role-playing game, the story revolves around an evil wizard's (Jeremy Irons) attempt to acquire a magic scepter that controls powerful red dragons, and the efforts of two young thieves (Justin Whalin and Marlon Wayans) to prevent him and save the kingdom from tyranny. Also with Lee Arenberg, Thora Birch, Zoe McLellan, Kristen Wilson, Richard O'Brien, Tom Baker, Edward Jewesbury, Robert Miano and Bruce Payne. [1:50]

SEX/NUDITY 1 - Some sexual innuendo and a little flirting, one kiss, a female elf woman wears a metal breastplate with accentuated breasts, and a very brief scene of fleeting cleavage.

VIOLENCE/GORE 6 - There are, well, several dark, dank and spooky dungeons, and many dragons. Legions of dragons attack: they are shown flying and spitting out fireballs. One man is engulfed in flames when a fireball hits him. Some dragons of apparently different hue chase and fight each other. One dragon is shot with a huge arrow and drops down, eventually being impaled on the spiral of a minaret. A dragon gobbles up a man whole (the scene is quick, dark and murky so not much is evident). Another dragon is killed when a gate with pointy thingies at the bottom comes down hard on him; his blood oozes copiously, flowing down several steps. There are several fights, most involving fists and kicks, and a few with swords, torches and sticks. A man slashes at another man with a small knife, a man stabs a man in the foot, and a man is stabbed from behind and killed (after being punched several times; at one point his arm is twisted and we hear bones cracking). A man has a sword driven vertically into his chest and twisted several times as a form of torture. Two reptilian-looking tentacles come out of a man's ears, writhe around menacingly and go back inside his head. In another scene the tentacles come out and grab a girl by the ears. She proceeds to scream for a while the tentacles apparently transmit her thoughts to their owner. A man breaks another man's neck. A man scratches a girls' chest with one of his long nails; a little blood comes out of the small incision. A girl stabs a couple of men with two knives and a man attacks with a huge ax (the scenes are not graphic or gory). A man is stabbed and thrown off a tall building. A girl shoots magic bolts at several men on different occasions. The bolts seem not to kill, but to paralyze for a short while. A man goes through a maze and is confronted and almost done in by shooting flames, huge pendulums and rotating blades. We see several skeletons, one of whom can talk. A brawl breaks out in a tavern, with a lot of people running around hitting each other. A man falls into what looks like quicksand, and a man's facial skin ripples as if something's moving underneath (after this experience, there are red, somewhat enlarged veins evident around the man's ears). Several men get bruised after fights, there's a lot of property destruction (primarily dragon related) and some threatening by crossbows.

MESSAGE - It's worth dying for freedom and equality. 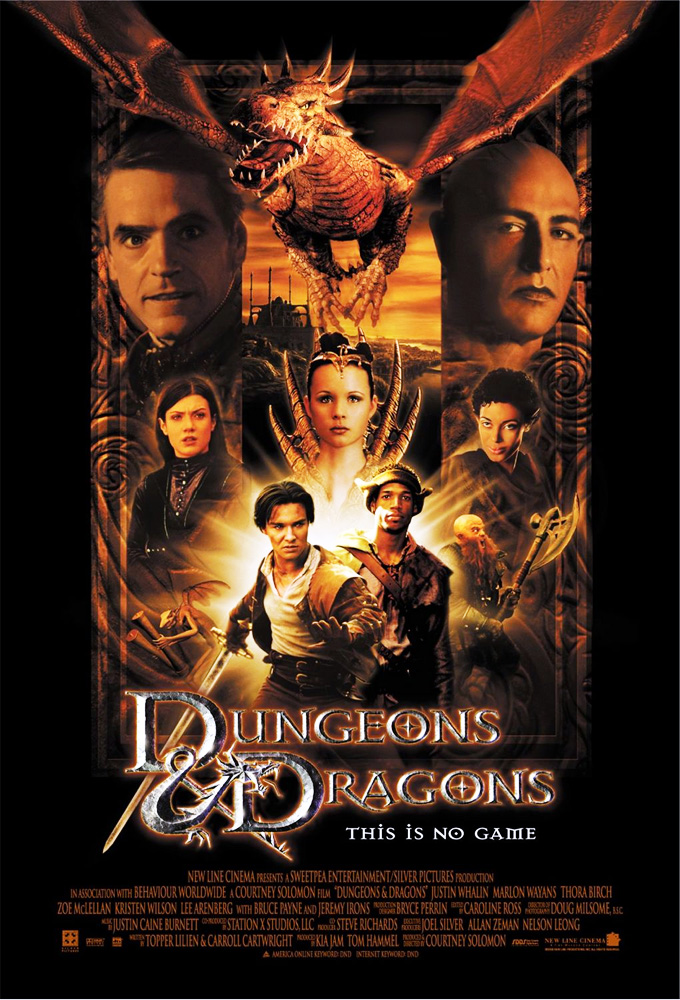