Jenny McCarthy stars as a shallow beauty who is devastated when she comes home to find her supermodel boyfriend having sex with another woman. She tries to make him jealous by dating other men but nothing seems to work as she travels down the slippery slope of depression and self-pity. Also with Eddie Kaye Thomas, Carmen Electra, Victor Webster and Kam Heskin. Directed by John Asher. [1:35]

SEX/NUDITY 8 - A man and a woman lie in bed together -- he's bare-chested and she's in bra and panties: he kisses down her chest to her crotch, where he presumably tries to perform oral sex but she stops him (she suggests how he can practice his technique with a mango).
► We see a woman's bare breasts when her dress falls open exposing her in front of a crowd of people. A woman's bare buttocks are seen when she raises up from a bathtub. Two women wear very low-cut dresses that reveal cleavage, bare abdomens, part of their breasts and bare legs, a woman wears a very low-cut dress that reveals cleavage and bare abdomen, a woman wears low-cut pants and the top of her thong underwear is visible above the waistband, a woman wears a short top that reveals her lower bare back, a woman wears a low-cut teddy that reveals cleavage, a woman wears a short top that reveals her bare abdomen, cleavage and shoulders, and women wear skimpy outfits while working out. A woman sits in a bathtub with bubbles covering her to the shoulders. A man opens his shirt and reveals his bare chest, a man wears a tank top that reveals bare shoulders, a man walks bare-chested on a modeling runway, and a poster shows a bare-chested man.
► We hear a woman moaning, and then see a man's bare-chest as he thrusts and a woman's feet and legs below the knees (they're around his shoulders); another woman walks in to find them having sex.
► A woman picks up a man at a bar, they go to an apartment together, the man asks the woman if she likes to "experiment sexually," and the man prepares himself for sex; he calls the woman to join him, and he is on his hands and knees with a fish sticking out of his anus (we see his bare buttock from the side and bare legs and chest) and he invites the woman to "touch my bass."
► A woman takes off her clothes for a search in a police station: we see her in bra and panties wearing a large feminine hygiene pad, and a man who's with her drops his pants (we see his bare buttocks) and scarves are pulled from his anus when a cavity search is performed.
► A man's face is at the height of a woman's breasts so when she hugs him his face is buried in her cleavage, and she says to him, "do you want to take me home?" A woman puts a man's face in her cleavage while trying to make her ex boyfriend jealous.
► A woman puts her head in a man's lap while two other women kiss him and play with his chest hair. A woman on her hands and knees wiggles her buttocks toward a man who is passing by and says, "Do you want some of this?" A woman thrusts while straddling the back of a sofa.
► A woman eats a cherry seductively. A man flirts with a woman, and he smells her. A woman is waxed and we see a cloth with a triangular patch of hair after it is pulled off.
► A man and a woman kiss a few times in a few scenes. A man and a woman hug. A man and a woman kiss on the beach, lie on the beach and walk on the beach together. A man tries to kiss a woman and she refuses him. A woman asks a man if he wants to have sex with her. A man and a woman flirt.

VIOLENCE/GORE 4 - A woman who's having her menstrual period tries to purchase feminine hygiene products, and her flow is very heavy leaving a puddle of blood on the floor and trailing behind her as she makes her way to the bathroom. A woman slips and falls in a puddle of menstrual blood.
► A man punches a man in the face. A woman holds a man by the throat, throttling him (she doesn't kill him). Two women and a man slap each other hard in the face, several times.
► A woman hits another woman in the face with feminine hygiene pads, she is chased by a security guard and she has a bloodstain on the back of her shirt.
► Police hold guns to two people's heads, and a woman holds a gun to another woman's face.
► A woman has fish tail shaped bruises on her back. A man has his chest waxed and he whimpers with every pull (we hear ripping). A man has his legs waxed. A woman has a green tinged beauty mask on her face and she cries in pain when she tries to peel it off.
► Two men posture and threaten each other. A woman is angry, she yells uncontrollably and flails around in a few scenes. A woman clings to the side of a moving bus. A man pulls a tablecloth off a table spilling food onto a woman seated at the table, and she hits him with a wand and yells.
► A woman says to a man "That ain't mud on your bed" (she apparently defecated on the man's bed). A man vomits on a woman's chest (we see goo). A man urinates on a sofa. A woman flatulates in a restroom, and a woman flatulates into a telephone. A man picks his nose and a man scratches his clothed crotch. Two women remark about a woman smelling like fish.

SUBSTANCE USE - A woman takes something that is "laced with acid." People drink alcohol in many scenes, several people drink wine at a party, several men drink beer and a woman drinks a beer. A woman smokes cigarettes in a few scenes.

MESSAGE - True love may be found where you least expect it. 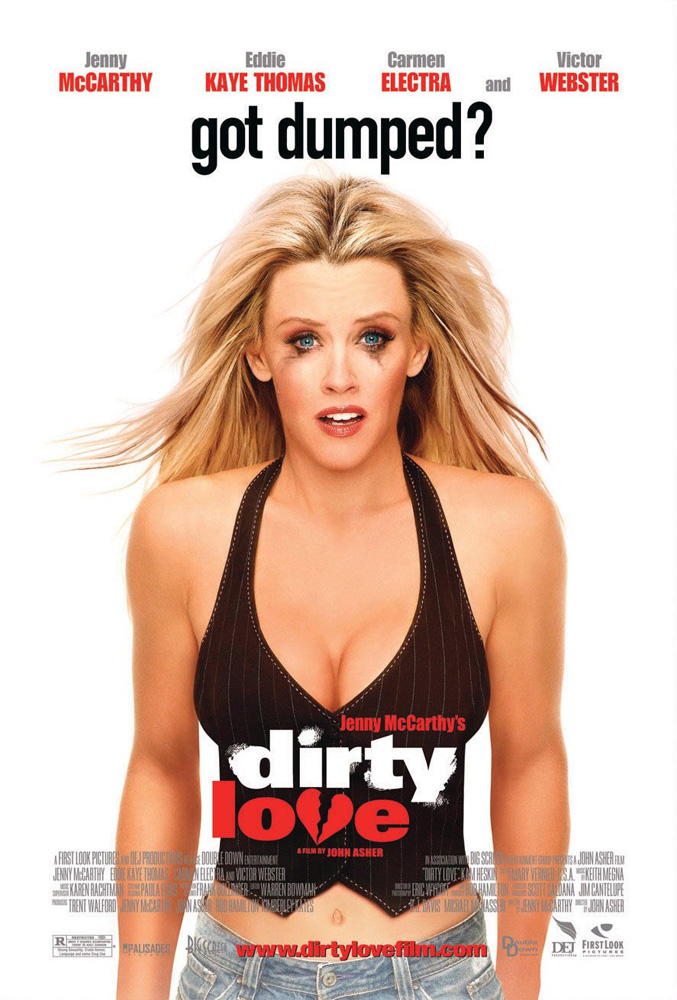