As an intense lawyer (Zac Efron) prepares to marry one of his boss' controlling daughters, his foulmouthed grandfather (Robert De Niro) tricks him into driving to Daytona Beach for Spring Break Week. Amid the ensuing beach parties, bar fights, and time in jail the attorney begins to question his life choices. Also with Aubrey Plaza, Zoey Deutch, Julianne Hough and Dermot Mulroney. Directed by Dan Mazer. [1:42]


VIOLENCE/GORE 4 - An elderly man fires a hard object at a young man from a cannon built of a beer keg and a tube, breaking the younger man's nose as he falls (we see streams of blood run down the younger man's face and a big bandage over the nose the next day); the old man tells the hospital not to hesitate to pull the plug on the younger man.
► An elderly man fights a gang leader one-handed, nearly breaking the gangster's arm and forcing him to apologize for harassing a gay man; the beaten man grimaces in much pain. A nude man wearing a hornet toy at his groin is confronted by a little boy who says, "Can I touch the fuzzy bee?" (please see the Sex/Nudity category for more details), rubs the toy and his father rushes over, the boy says, "He let me stroke it," and the dad punches the other man (we see a cut and some blood on one cheek).
► Two police cruisers chase an ice cream truck and a bus on the highway and the two larger vehicles nearly collide; a man tasers another man in the ice cream truck, knocking him unconscious and two officers begin to arrest an elderly man in the truck, but change their minds. A store owner wearing a horse mask points a big handgun and pretends to rob his own store startling two male customers and the owner removes the mask and laughs; he shoots several loud shots into a wall and laughs again.
► An elderly man and a college age student punch each other in the chest several times.
► An elderly widower says that he'd rather have Queen Latifah [scatological term deleted] in his mouth rather than to have a controlling wife. An elderly man tells two women on a golf course that a male companion is a [rude name deleted] that rapes many women; the women leave the golf course in disgust. A man tells an overweight college student that he must be diabetic. A woman at a restaurant says that a man is unpleasant, "Like all my periods." An elderly man in a nursing home says that he has only a month to live and wants only to play bingo. An MC makes two long flatulence noises with his mouth as a man poses in muscle-moves. A man says he could not have sex with a woman, because she barfed over her whole front and rear (we do not see this).
► A man is shown in a holding cell where he lies wearing briefs as another man's hand reaches through the bars to rub his side and thigh; the man startles awake and is given women's slacks and a bra top to wear. After being arrested a man is given a woman's top and a pair of women's slacks that appear to have a long blood stain on one leg.

SUBSTANCE USE - A shop owner opens a large cabinet of colorful bottles and offers to sell drugs to two men that include meth, marijuana and mushrooms. (they do not buy any), a shop owner at a party gives a man a drugged e-cigarette and the second man takes two huge puffs and then shouts that he "smoked cocaine," a woman at a party takes a huge drag of smoke from a large bong and blows it into the mouth of a man and he exhales a lot of smoke, a man says that his cigar is drugged (we do not see him smoke it), a male police officer tosses a shop owner a large baggie of marijuana in a police station, a shop owner at a beach concert offers drugs he calls Beach Towel at $50 each (we do not see it), a man tells another man that a shop owner tried to sell him drugs and the shop owners says that the man uses illegal HGH, a crowd shouts "Am I on drugs? Of course I am!," a shop owner says that he sells drugs to kids from an ice cream truck and that he sold six tons of Ecstasy to a group of Hippies, a man at a funeral blows marijuana smoke from a drugged E-cigarette into the face of a portrait of the dead woman who is in the casket and pours a bottle of beer over the casket, an old man removes five pills from a medication bottle that says "Take one a day" and smashes them before pouring them into a cup of beer (the label does not list the drug name) and takes the cup to a man who gags twice but recovers, and people dressed as Hippies at a campsite smoke two cigarettes that appear to be marijuana joints. A beer chugging contest takes place where an elderly man's team wins against college fraternity men, a woman drinks from a glass of wine in a home in two scenes, men and women drink from tall glasses of mimosas, men standing at a coffin in a church drink from glasses of wine punch and bottles of beer, we see a half-empty open bottle of whiskey in a man's house, a man gives another man a glass of whiskey for breakfast (the second man carries it while driving and does not drink it), a man drinks whiskey from a flask in a car, an empty liquor bottle floats in a hotel swimming pool, men and women at a hotel party drink from bottles of beer and glasses of wine, and a hotel party features men and women drinking from beer bottles and mixed cocktails and someone mentions Jell-O-shots but we see none. A man smokes a cigar in four scenes and says that it contains marijuana in one scene, a man smokes a cigar with another man and it is unclear whether the cigars are tobacco or drugs, and a man in a night club smokes a cigarette while dancing.

MESSAGE - Learn to control your own life and make your own decisions. 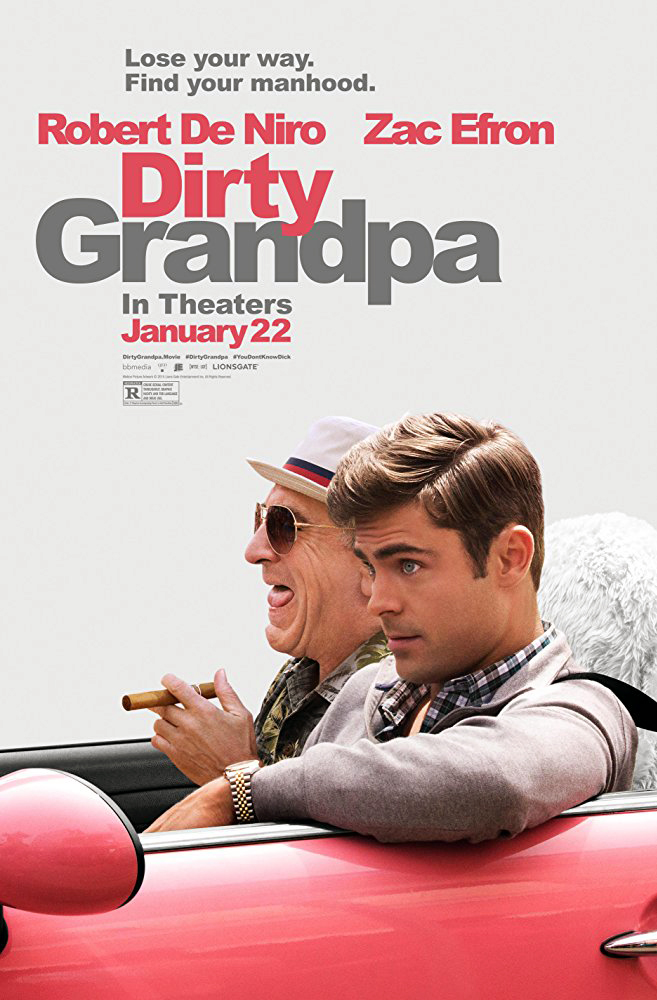