David Spade stars as Dickie Roberts, a former child star whose 1970's sitcom was cancelled and his mother abandoned him. Since then he has been struggling to stage a comeback and he thinks he has found the perfect script to do exactly that. He is told though that the only way he can get close to understanding the character he will be playing is if he re-lives an average childhood. He tries to do so by paying a family $20,000 to teach him how to be a normal, everyday kid. Also with Mary McCormack, Jon Lovitz, Craig Bierko, Alyssa Milano, Doris Roberts, Scott Terra, Jenna Boyd and Edie McClurg. Directed by Sam Weisman. [1:38]

SEX/NUDITY 4 - A man kisses a man on the mouth, opens his shirt and makes a suggestive remark. A man takes off his robe (we see his bare chest) and eats a Twinkie seductively, in front of another man. Two women talk to a man in suggestive terms and make references to the mile high club and one says, "coffee, tea or me." A girl dances seductively during a dance team tryout. A man talks about a woman in sexual terms: he says that "she's hot," he talks about her breasts and what kind of underwear she might be wearing. A woman kisses a man on the cheek. We hear that a man and a woman run off together. A woman hitchhikes, a man in a car stops, she says "what are you doing, stud?" and she gets into the car. A boy sings to a girl and asks her on a date. People talk about sex and sensationalism in a book. A man poses on the cover of a magazine with women who are only slightly covered by blossoms, and we see him pinching one woman on a bloom that covers her nipple. A woman wears a tiny bikini and struts around a boxing ring. A woman wears a very low-cut top exposing cleavage, she hugs a man putting his head on her chest and another man admires her buttocks. A woman wears low-cut pants with a halter top that reveal cleavage, her bare abdomen and back to hip. Women wear low-cut tops that reveal cleavage. A boy dresses like a girl and we are told that he played a girl in a movie. A man puts a camera in his pants and takes a few pictures.

VIOLENCE/GORE 3 - A man tackles another man, punches him repeatedly while lying on the floor, the man stands up and he is kicked repeatedly and then jumped on. We hear that a man was beaten in a road rage incident. A woman gets hit by elevator doors and we see her with a huge bump on her forehead. A woman throws a bottle at a man and it hits him on the head. A man tries to slide on a dry Slip 'n Slide and skids instead (we see a red mark on his chest), then he slides on it covered with oil and slams into a fence breaking it and getting a mouthful of grass. A man learns how to ride a bike, he runs into the open door of a truck, falls off a curb, runs into a garbage can and a sign (we see him holding ice on his elbow). Three boys pick on another boy. Two men yell at each other and threaten each other. A dog carries a dead rabbit in its mouth and drops it on the ground. We hear that a boy's mother abandons him. We hear that a boy's mother abuses him by forcing him to go on many auditions daily. A man is wrapped up by a swirling, spraying hose and he is knocked to the ground. A man throws a champagne cork and it hits a woman in the back of the head, and a man drips candle wax on a woman's back. A man falls off stilts and we hear crashing, cats screaming and cars screeching. People think a dead rabbit has come back to life and run in fear. A car tumbles over a ridge, down an embankment and it explodes. A water bed bursts, flooding a house. A man makes rude jokes about a woman's weight. A man talks about having had a whistle and a light bulb stuck in his anus. A man yells, throws a toy on the floor and it breaks. A large spider crawls on a man's shoulder. A woman's face is disfigured by a rash (one eye is swollen shut and there are bumps and lumps on her cheek). Two children and a man burp repeatedly.

LANGUAGE 5 - 1 F-word, 3 obscene hand gestures, 10 sexual references, 18 scatological terms, 15 anatomical terms, 24 mild obscenities, 1 religious profanity, 10 religious exclamations, young people use the word "shizit" as a way to disguise an obscenity several times, and a boy's catch phrase is "that's nucking futs" and it is repeated several times throughout the film by him and other characters.

People are shown drinking alcohol. A man talks about having done cocaine and tries to get two children to drink beer.

MESSAGE - True love can even cure the effects of an abnormal childhood. 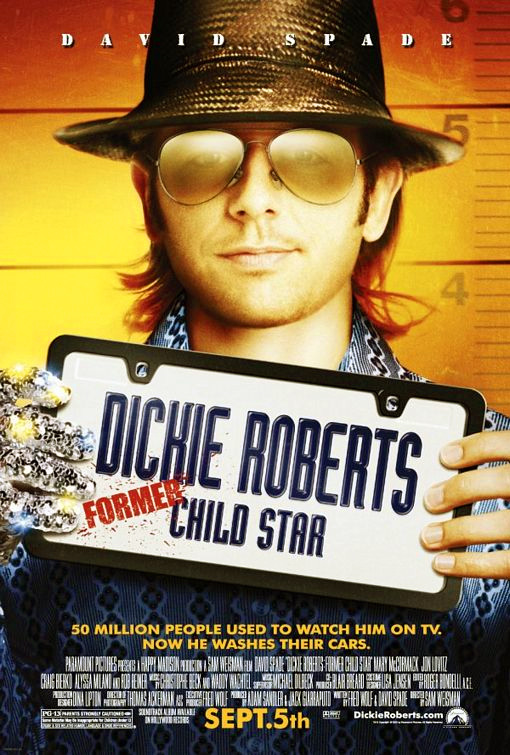