SEX/NUDITY 7 - We see a set of female legs (she is wearing a short skirt) and a man's face as he moans (it is implied that the female is performing oral sex on him in the back of a public bus); then a teen girl stands up and shouts at the man to give her money and the man slaps her as another man watches (please see the Violence/Gore category for more details). A man walks in on a teen girl performing oral sex on a man (the girl is wearing a bra and underwear); the man runs away after paying the teen girl and the man who interrupted them asks her how she is able to have sex for money.
► An older woman is seen, fully nude, sitting on a toilet (her bare breasts and a portion of her genitals are visible). A woman's bare breasts and torso are seen as she lies on the ground; the woman is presumably deceased. A man looks at a pornographic magazine: we see female bare breasts, a woman holding male genitals and a woman that appears to have ejaculate on her face. An older man shows a teen girl an up-close photograph of a woman's genitals, infected with an STI, the teen girl acts disgusted and the man implies that the teen girl will end up the same way if she does not change her behavior; the teen girl tells the man that she does not perform oral sex on every person who approaches her and she storms away. An older man asks a teen girl if he can see her breasts, the teen girl turns him down, and the older man points out that he can see them because of her inappropriate shirt.
► A man invites a teen girl back to his house where he looks at her inner thighs (there is blood on them and she has a cut on her lip), she makes a sexual remark about it being $100 to touch her as the man asks if she has been raped, and the teen girl does not answer and instead offers the man oral sex; the man then helps clean the cuts on the teen girl's inner thighs and she takes a shower (the teen girl falls asleep in the man's bed and he sleeps on the floor). A teen girl, presumed to be a prostitute, offers to go back to a man's apartment and the man turns her down.
► A teen girl cries and a man tries to comfort her by hugging her; a woman interrupts them, shouting at the man saying that it was inappropriate for the man to be in the room with the teen girl by herself. A teen girl threatens a woman that she will have a group of people "gang rape" her (please see the Violence/Gore category for more details). A man tells a teen girl that he thinks that "something" happened when his mother was younger, between her and his grandfather, implying sexual abuse. A man reads aloud a eulogy written by a teen boy: it has a crude sexual act described, implying that women will miss the teen boy's genitals. A man tells a classroom of teens that women are being portrayed as only sexual objects, and he then makes a crude remark about women being defecated on, as portrayed in the media. A teen girl makes a crude remark to her father that she should have been born with male genitals. A teen boy makes a crude sexual remark to a teen girl. A woman makes a crude sexual remark to a man about wasting her time. An older man remarks that he likes to watch a woman walk out of a room.
► A woman kisses a man. A man kisses a woman's foot and asks her to kiss him; she declines. An older man and an older woman dance and hold hands.

SUBSTANCE USE - An older man offers a woman "happy pills" and we see him hold out a prescription pill vial and take two as the woman remarks that she is worried about him, and a man reads aloud a paper from a teen boy about a group of teens smoking marijuana. A woman drinks a glass of liquor, a man and a woman drink wine at dinner, a woman holds a glass of wine, and a teen girl asks for "something harder" when a man hands her a glass of orange juice. A man smokes a cigarette, a teen girl asks a man if he has a cigarette, and a woman smokes a cigarette and holds a glass that presumably contains liquor.

MESSAGE - Being a teacher can be extremely difficult. 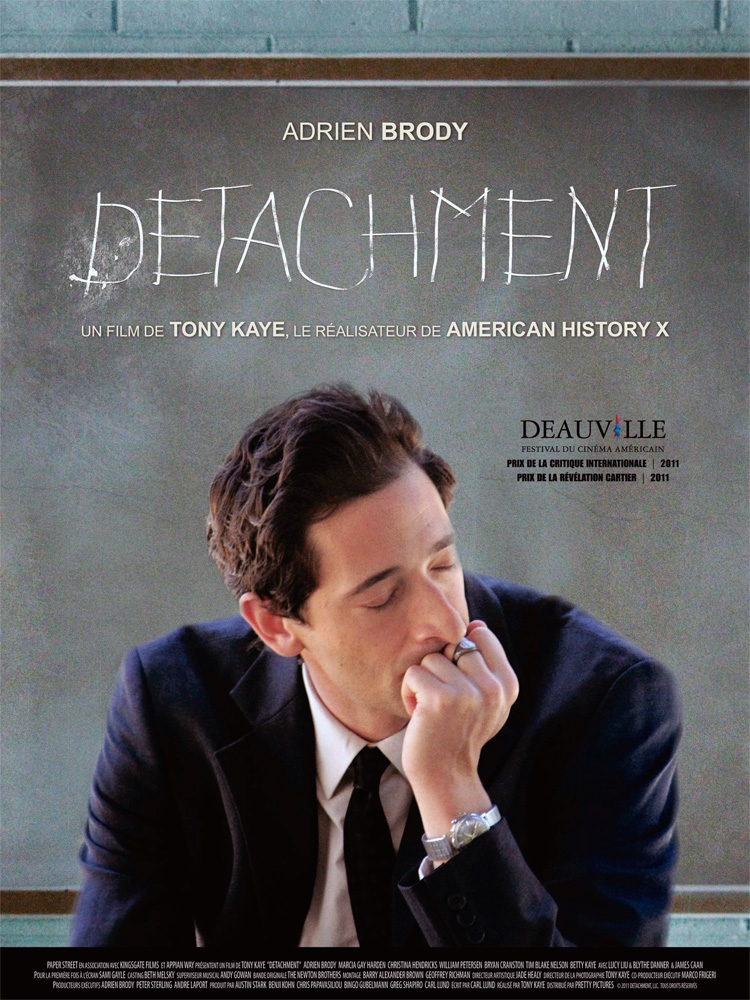