Film about the life of a woman (Audrey Tautou) who has to overcome the sudden death of her husband and soulmate. She throws herself into her work for years, but surprises all of her friends when she suddenly becomes involved with an unlikely co-worker. Also with Francois Damiens, Pio Marmai, Melanie Bernier and Bruno Todeschini. Directed by Stephane Foenkinos. In French with English subtitles (original title: "La Delicatesse"). [1:48]

SEX/NUDITY 4 - A man and a woman kiss, the man takes off the woman's cardigan (no nudity is visible) and they caress one another; moments later we see the man and the woman in bed together (the man's bare chest is visible and the woman is covered by a sheet) and sex is implied. A man and a woman joke with their respective sets of parents (all gathered around a table) that they are going to start working on having a grandchild "right now"; the man and the woman walk into a room and lie on a bed, they kiss gently and the room goes dark (sex is implied).
► On multiple occasions we see a woman wearing a very tight skirt and a low-cut, cleavage-exposing top.
► A man imagines a young man and a young woman kissing passionately as they recline in the grass. A man quickly approaches a woman, he grabs her face and they kiss passionately; the man rubs the woman's face as she appears confused and pulls away after the kiss. A woman approaches a man, grabs his face and pulls him close to her, she kisses him passionately and we see a confused look on the man's face. A young man and a young woman hold hands and kiss one another and the woman touches the man's face gently. A man and a woman kiss. A young man grabs a young woman's arm, spins her around and they kiss. A woman lovingly touches a man's face and they kiss briefly.
► A woman takes a photograph of a man and a woman and the man has his hand on the woman's waist. We see a photograph of a woman in a dip with her leg held against a man's waist. A man imagines himself walking down a street, getting the attention of several women who touch his chest and smile; one woman kisses him on the cheek and another woman takes a card from her cleavage and hands it to the man. We see a man and a woman holding hands, and the woman is sitting on a sofa and the man is sitting in a chair; they fall asleep and we see them sleeping in different positions with only their hands touching.
► A woman places her hand on a man's chest and the man comments that her touch is making his pain subside. A man places his hand over a woman's hand, asking her if she finds him attractive, the woman pulls away, chides him and tells him that she does not find his forwardness attractive. A man tries to place his hand on a woman's back; the woman pulls away from his touch.
► A man asks a woman why she had kissed him, and the woman claims that she does not remember kissing the man; then adds that she did not know "what came over her." A man tells a woman that he loves her hair, adding, "I could go to holiday in your hair." A woman tells a man that there will never be any relationship between them, as she feels nothing but awkward about the man's feelings for her; the woman adds that she does not know if she will ever be able to be in a relationship again. A woman tells another woman that she had kissed a man, and then jokingly adds that she had "thrown herself" at the man when the other woman asks for details. A young woman warns a woman that a man might "try something" with her and the woman dismisses the comment. A young woman jokes with a man and a woman, saying that their relationship is "just a sex thing." A man remarks to a woman that another woman's "tragedy" makes her more attractive.

VIOLENCE/GORE 3 - A woman receives a phone call, she looks ashen and moments later we see her run into a hospital where a doctor tells her that her husband had been hit by a car, that he had to have emergency surgery and that he was in a coma; the woman tearfully begs the doctor to wake her husband and we then see her standing in a cemetery and we learn that her husband had died as a result of his injuries.
► A woman slaps a man on the cheek, the man shouts at her, saying that he could fire her, and the woman shouts back saying she could sue him for harassment. A man offers to buy a woman a drink, he then insults a man the woman is sitting with, the two men shout at one another, one of the men shoves the other and the screen goes dark; we later see one man moaning about a pain in his chest (the pain is a put-on to get the woman's attention), implying that the two men had come to blows.
► An older woman tries to comfort her adult daughter, who appears despondent with grief until she shouts, "I'm not suicidal" and storms away. A man drunkenly shouts at another man, slamming his fist on a bar; the two men walk outside where the less inebriated man calms the other man down. A woman shouts at a man and storms away. A woman shouts at a man, the man tries to hush her and she calms down. A man whisper-shouts at a woman, the woman tries to calm the man down, encouraging him to leave with her and they leave an apartment together. A woman whisper-shouts at a man, dramatically saying, "I will kill her" in reference to another woman. A woman says that another woman's husband had been killed, and that the woman had never been the same since he died. An older man jokes that he wants to die at a very old age, but before his wife dies, because he would starve to death if she was not there to make him food. An older man turns down a drink, telling his adult son that he needs to "think of his liver."
► A young woman is surprised when a man walks up behind her and she gasps. A man accidentally knocks over a bottle of wine and several people rush to clean it up.

SUBSTANCE USE - Throughout the movie we see men and women drinking wine and cocktails with dinner and at bars, two men drink shots of liquor and one of the men appears to be extremely intoxicated, a woman jokes that a man is going to "take advantage" of her after she drinks with dinner, a man jokes with a man that he cannot get a woman drunk because they are drinking lite beer, a man pours drinks for himself and a woman at dinner, a man declines a drink saying that he had to "think of his liver," a woman asks a man if he will be okay to drive after drinking at dinner and the man assures her he will be okay to drive, and a woman fondly tells a man that her father drank Budweiser beer while on vacation.

MESSAGE - It can be extremely difficult to get over a lost love; but grief is a complicated emotion. 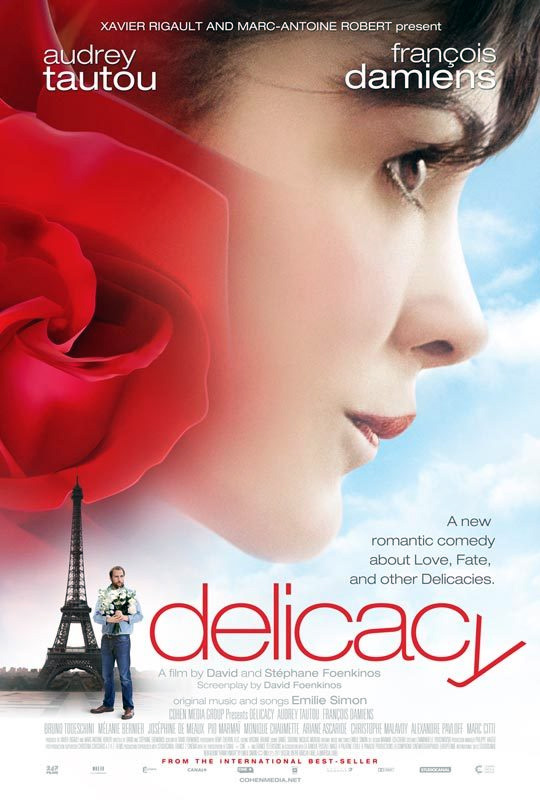