The story of an empty nester (Diane Keaton) that rescues a dog along a freeway. But after the dog runs away on a walk, she must confront her disappointment with her husband (Kevin Kline), an emotionally distant surgeon. Also with Dianne Wiest, Richard Jenkins, Elisabeth Moss, Sam Shepard and Mark Duplass. Directed by Lawrence Kasdan. [1:43]

SEX/NUDITY 4 - A man and a woman are seen in bed together; the man makes a sexual remark and we see his hands moving under the blankets (it is implied that he is sexually stimulating the woman) as she giggles (no nudity is visible). Sex is implied between a man and a woman; we see them kiss, the woman leads the man into her bedroom and we later see the woman wake up (her bare back is visible) and the man is not seen.
► A woman kisses a man. A man and a woman hug, and the man kisses the woman on the cheek. A man and a woman hug, and the woman kisses the man on the ear. A man and a woman hug and the man lifts her up. A man and a woman hold hands. An older man playfully flirts with an elderly woman (his girlfriend's mother).
► A woman has a sexual conversation with a man, saying that she thinks they would be lovers and he would be a good lover; the man jokingly tells the woman that he does not let his genitals make his decisions. An older woman tells an older man (her brother) that another older man is her "most generous lover" and her brother acts disgusted. A woman and an older woman discuss the older woman's sexual desires, the older woman laughs and says that she is sexually fulfilled by an older man, and the woman remarks that she has a very high sex drive. An older man asks another older man (a doctor) if genitals shrink with age and they discuss. An older man jokes that his adult daughter should "get right on" having kids and the older man's wife remarks that she had instructed their daughter to "throw out her pills." A man tells another man that his father had left their family for one of his college students.

VIOLENCE/GORE 3 - We see a ragged looking dog on the side of the highway with blood on his muzzle and he whimpers; we later see the dog at a vet's office and the vet tells a woman that she had saved the dog's life by rescuing it (the dog is unharmed aside from a few small cuts that are treated with a spray). A woman experiences a vividly illustrated dream of a dog being chased by coyotes, cornered and then pushed off a cliff, and falling violently to the ground; the woman wakes up with a start and cries.
► A man shouts at two men; he threatens to "get his shotgun" as one man jumps onto his back, allowing the second man to break into the man's house and hide the shotgun; we see the man shove the other man off his back and he is unharmed but remarks that he smells bad from being so close to him.
► An older man slides down a hillside, he moans in pain and we see an older woman accidentally slide after him, falling on top of him; the man shouts in pain as he instructs the woman how to put his arm back into its socket and he grunts and shouts as she pushes his arm (we later see the man with his arm in a sling) and he later winces in pain as he rides in a car that goes over a bumpy road. An older man shouts in pain, saying that he has "kidney stones"; two men help him into a car and he shouts in pain as they drive.
► During a plane ride, an older man shouts in pain (he is faking): a man shouts at a flight attendant that the older man is in pain and we see a female passenger shout that she thinks the plane is being hijacked; the plane turns around and lands, and the older man appears completely unharmed while the female passenger panics and is led away by EMTs. A man and a woman run away from two rams standing on a road as one of them bucks.
► An older woman throws a rock at a window, it bounces back twice (she and an older man duck to avoid being hit), and she then uses a pipe, which bounces back until they break the window and break into a house; moments later a police officer storms into the house with his gun drawn, and a second police officer shouts at him to put the gun down (the man and the woman are not arrested).
► A woman scares her adult daughter when she screams for the woman to pull over as they drive down the highway. A man shouts at his mother. A woman shouts at her husband. An older man shouts at two other older men. A man shouts at his sister, chiding her that she cannot heal her torn meniscus using only herbal medicine, after she complains about the pain; we later see the man (he's a doctor) offer her pain medication, saying she would not be able to walk the following day without taking it. An older woman nervously shouts into a cell phone as it goes dead. A dog barks angrily at a man, and a woman has to shout at the dog to calm him down.
► A woman sarcastically tells a man that he can "help slit her throat." A woman makes a crude remark that lifting up an injured dog could be like a "subway incident" when they would lift the body and "its guts fall out." A vet tells a woman that a dog would be "put down" if it were to go to an animal shelter and not picked up. A vet tells a woman that a dog had been chained up for a significant amount of time, as visible by the dog's teeth being worn down from chewing on a chain for an extended amount of time. A woman shouts angrily at her husband after he accidentally let their dog run away; the woman remarks that she is frightened that the dog is in the forest with "coyotes and bears and porcupines." A woman cries, saying that she is worried her missing dog may have been killed. A woman tearfully tells a man that her dog had died at age 24. A man tells his wife that his elderly mother had said that she got gout from eating food.
► A woman calls 911 to report an abandoned and injured dog, she quickly says, "No one has a gun" and the line is disconnected; she calls back immediately and says that she is in a "life and death" situation, and then hangs up on the operator.
► We see a man presumably urinating; we hear the sound of urination, but see no nudity and his wife is standing near him and we see the man answer a phone call while still urinating. A woman acts disgusted when a man sneezes next to her; she later remarks to her mother that she was disgusted by the man openly sneezing next to her and a baby. A woman tells a man that she gets carsick and will probably be sick. An older woman half-jokingly tells an older man that he will have an enema to "dislodge the bug" (implied to be stuck inside him). A man jokes with another man (a doctor) that he should develop a less invasive way to perform a colonoscopy. An older man is repeatedly called "peepee" by his grandson, who's trying to say "papa."

SUBSTANCE USE - A doctor offers a woman pain medication, saying she would not be able to walk the following day without taking it. We see men and women drinking wine and champagne throughout the movie. 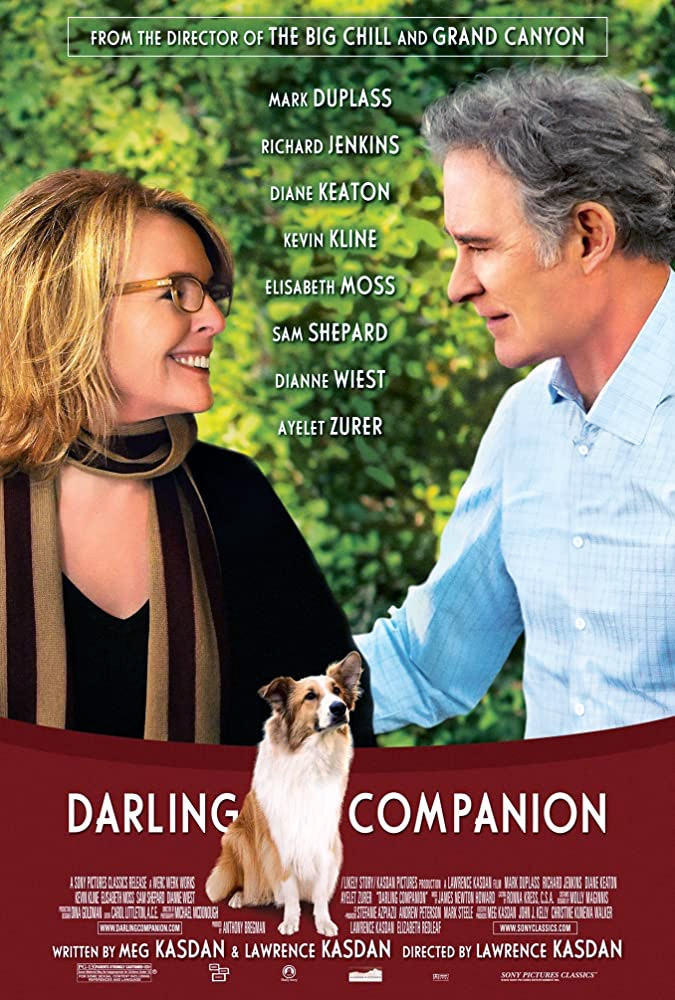