Set in Los Angeles in April, 1992, during the Rodney King trial and the riots that followed the verdict: Kurt Russell stars as a police detective assigned to an elite force that's supposed to clean up the streets by whatever means necessary. His young partner (Scott Speedman) struggles with implications of his mentor's questionable actions, and finds himself placed in the position of choosing between loyalty and doing what's ethical. Also with Ving Rhames, Brendan Gleeson and Michael Michele. [1:56]

SEX/NUDITY 5 - A man and a woman roll in bed, under sheets, and we hear them giggling, they kiss, she rolls on top of the man and they kiss some more (we see him bare chested and see her bare back and shoulders). A woman dances around a pole at a strip club: we see her bare buttocks in a thong and her bare breasts when she removes her top. A man kisses a woman and pulls on her top to peek at her breasts, and a woman hugs a man. We hear about a woman having had sex with an entire football team. A man looks at photographs, apparently of a man and a woman having sex (another man makes comments about the positions). A man tells another man that he wants to have sex with a woman. A woman wears a bra and short slip that reveal cleavage, her bare abdomen and bare thighs, and a woman wears tops and a dress that reveal cleavage and bare shoulders. A man is shown in his boxer shorts and T-shirt in a few scenes.

VIOLENCE/GORE 7 - A man opens a refrigerator door and we see a bloody body folded up and shoved inside (it appears that an arm had been removed and shoved on top of the body). Two men enter a market, shoot a woman standing behind the counter, one goes to retrieve a safe (he tears it out of the wall with a crow bar) and the other stays in the store where he shoots three more people who enter (we see each one shot and see smears of blood on the floor after their bodies are dragged). Both gunmen shoot the victims a few more times before they leave the store and one of them shoots a seemingly homeless man as they leave the scene. A man is pulled out of his car and beaten to death by several men (we see his head fling backward as he is kicked and a heavy stone is brought down hard on his head). A suspect is chased by two officers, he's cornered and one officer is forced to shoot him in the chest as a little girl watches from a window (he falls dead and we see blood on his shirt). Two police officers are shot repeatedly and one dies (we see blood in his mouth and a large pool of blood collects on his shirt). A woman lies dead on a sofa (she is blue-tinged and motionless). We hear about a case involving the rape of a little girl and the sodomizing of an elderly woman. A man grabs another man, breaks a bottle and threatens him with it, pulls him over a bar, drags him out to an alley, punches him and throws him into a pile of garbage. People pound on cars as they drive through the streets, they throw rocks, jump on car hoods, hit the cars with baseball bats, and drag passengers out of the cars. We see photographs of shooting victims with bloody wounds. Two police officers hassle a group of men on the street; one of them is handcuffed, placed in a car and sprayed repeatedly with mace. A man is chased and forced into a car at gunpoint. People are shown looting and destroying property and a city is seen from a distance burning and smoldering. A man talks about having shot looters as they ran out of a building and watching the building burn with many people still inside when he was a boy. A man pounds on a woman's door, and a woman yells at a man. We see TV footage of the Rodney King beating, as well as Reginald Denny being beaten by men after having been dragged out of his truck. We see scenes from the King beating throughout the film and hear about the trial and the verdict that followed the incident.

SUBSTANCE USE - People are shown drinking alcohol to excess and smoking cigarettes and cigars. Two men are shown smoking a drug. 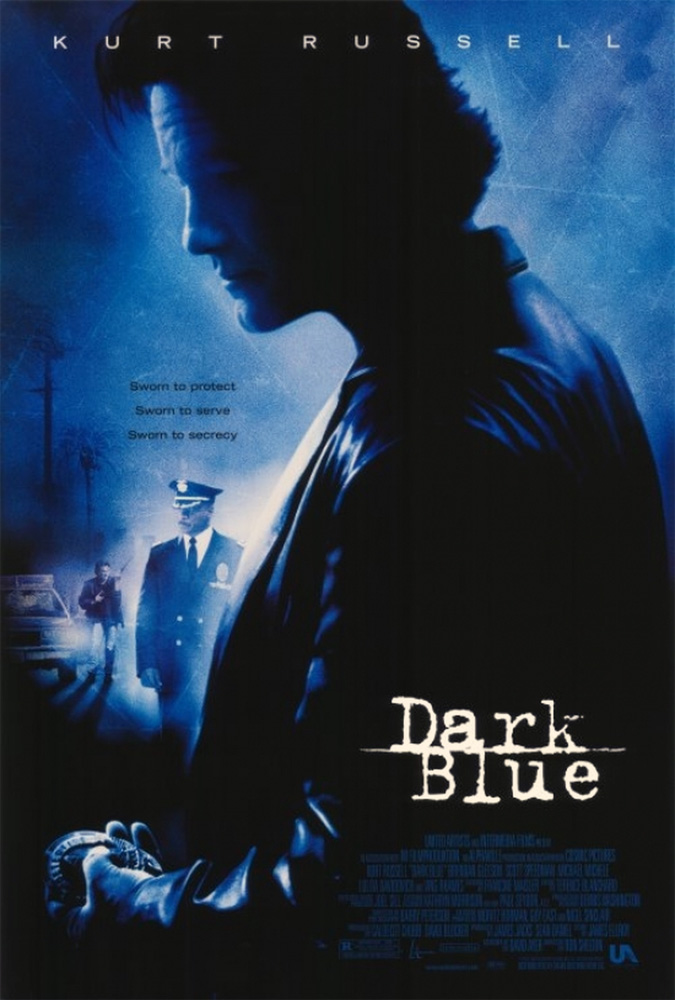