When a depressed divorcee (John C. Reilly) finally connects with a woman (Marisa Tomei) he meets, their encounter quickly develops into intense attraction and they seem to have the potential for a perfect relationship. That is, until her adult son, who lives with her, starts interfering and trying to sabotage them. Also with Jonah Hill, Catherine Keener, Matt Walsh and Diane Mizota. Directed by Jay & Mark Duplass. [1:32]

SEX/NUDITY 6 - A man and a woman are seen kissing, and the woman is on top of the man, in bed; the man's bare chest is visible and it is implied they just had sex -- the man is complimenting the woman on her sexual prowess. A woman is seen climbing out of bed, where a shirtless man lies; it is implied they had just had sex.
► A man and a woman kiss passionately on multiple occasions, including once when the woman stands over the man and pulls off her dress (she is wearing underpants and a tank top), and straddles the man and they kiss, only to be interrupted moments later by a young man (her son) turning on a light.
► A man and a woman lie in bed cuddling and kissing one another, and it is implied they are about to have sex until a loud scream is heard; they stop kissing and the woman jumps out of bed. A man kisses a woman's shoulder and neck and she turns to kiss him.
► A woman walks into a room and finds a man lying on a bed, with his bare buttocks facing her; it is implied that he is masturbating and the woman shouts at the man, who tells her he was simply scratching his "jock itch."
► A man and a woman are seen lying side-by-side in bed, and the man places his arms around the woman to comfort her. A man is seen lying beside a woman in bed (both are fully clothed).
► A young man asks a man if he is staying overnight with a woman (the young man's mother), the man says it is up to the woman, and then explains to the young man that he and the woman had had sex already. A young man frankly discusses the sexual relationship of a man and a woman (the young man's mother) with the man, saying that the woman can overcompensate sexually.
► A woman kisses a young man (her son) on the cheek in a loving fashion on multiple occasions, including once while having her legs wrapped around the back of the young man as they wrestle on the ground in a non-sexual manner. A young man walks into a bathroom where a woman (his mother) is showering; no nudity is seen and no sexuality is implied.
► A man's bare chest is seen as he does crunches. A young man is seen wearing a long T-shirt and appears to not be wearing any pants, but no nudity is visible. A woman wears cleavage-exposing shirts on multiple occasions, including wearing a nightgown combination that exposes her cleavage. A woman is seen wearing only a towel wrapped around her after getting out of the shower. A man is seen wearing a T-shirt and briefs as he walks into a young man's room to wake him. A man glances quickly at a photograph of a woman breastfeeding a toddler.
► A man turns his back and begins to urinate on a bush at a party and a woman walking by remarks on the appearance of his genitals. A man buys condoms and holds up two boxes.

VIOLENCE/GORE 3 - As a man urinates in a bathroom (he is facing the wall and we don't see anything, but hear the sounds of urinating), a young man barges into the room and the two begin to shout at and push one another; they wrestle until the man pushes the young man onto a table, breaking the table and leaving the young man whimpering on the ground, saying that the man had attacked him.
► A man tells a young man that he will knock him unconscious if he attempts to start trouble at an event. A young man and a man shout at one another. A man angrily whispers threats to a young man. A young man shouts at a woman and walks out the door, slamming it loudly.
► A man is surprised by a young man holding a butcher knife (in a non-threatening manner).
► A man turns his back and begins to urinate on a bush at a party (the sounds of urinating are heard nothing is visible) and a woman walking by remarks on the appearance of his genitals; the man apologizes and the woman jokes that she was also going to urinate on the bush.

SUBSTANCE USE - Men and women drink alcohol on multiple occasions, including during a party where a man drinks to excess and a wedding where a young man is obviously drunk, a man offers a man a drink and encourages him to drink it quickly, and a man is seen buying a bottle of wine. Smoke is seen in the background at a party, however no one is seen smoking. 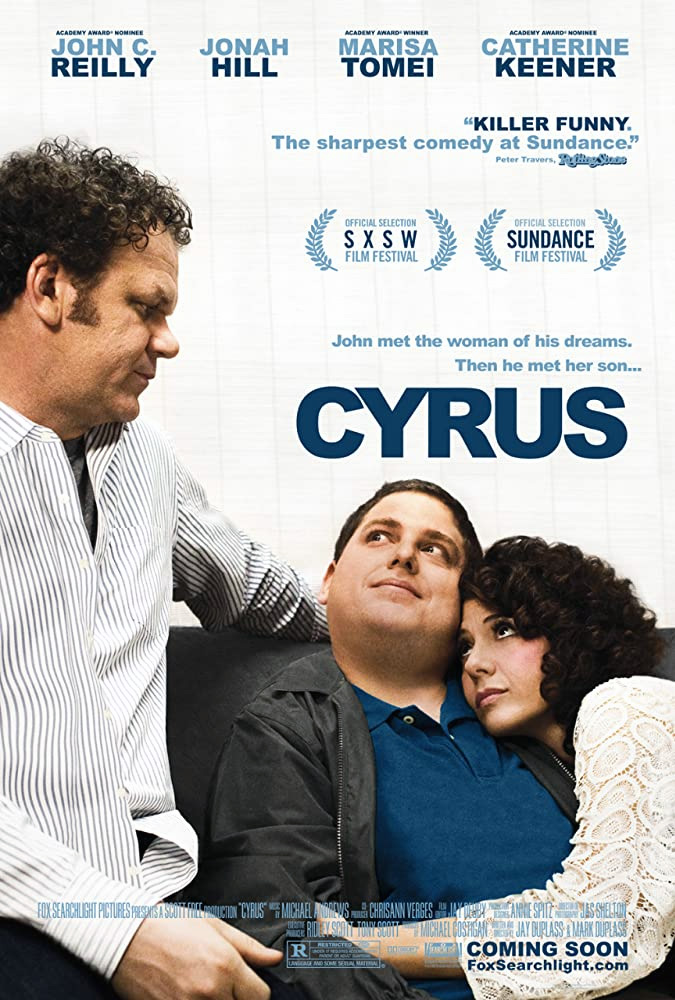