Why is “Creed II” rated PG-13? The MPAA rating has been assigned for “sports action violence, language, and a scene of sensuality.” The Kids-In-Mind.com evaluation includes an implied sex scene, a woman becoming pregnant, shirtless men and cleavage, boxing training and bout sequences with some blood and injuries, and some scatological terms. Read our parents’ guide below for details on sexual content, violence & strong language.”

In this sequel to 2015’s Creed old enemies — a retired Russian boxer (Dolph Lundgren) and an American champion (Sylvester Stallone) — help their respective protégés (Florian Munteanu and Michael B. Jordon) train for the grudge match that will settle an old score. Also with Phylicia Rashad, Tessa Thompson, Wood Harris, Russell Hornsby and Andre Ward. Directed by Stephen Caple, Jr. Several lines of dialogue are spoken in Russian and Ukrainian with English subtitles as well as a few instances of American Sign Language with English subtitles. [Running Time: 2:10]

– A man and a woman kiss for several seconds (they are both clothed) and they lie on a bed where in a close-up in shadows, he removes his shirt to reveal his torso and we see that she has removed her top (we see a bra that reveals cleavage and abdomen); they kiss for several seconds and the scene ends (sex is implied).
► A woman takes a home pregnancy test and she says that she is pregnant (we see her standing with her fiancé in a bathroom with a test stick in her hand); we later see a sonogram and the woman’s large belly covered by clothing. A man kisses a woman’s pregnant, clothed belly four times.
► Several men in three gyms are shirtless during training. We see two close-ups of backs with muscles flexing. Two women wear long-sleeved leotards that reveal cleavage and bare thighs. In a close-up we see the cleavage of a woman walking past the camera.

- A man swallows an unidentified pill from a prescription vial, a man opens a pill bottle but takes no pills, and two pill bottles are seen on a sink. A small bottle of bourbon sits on the edge of a tombstone, a man and two women at a restaurant have a bottle of wine and three glasses (one woman takes a mouthful of wine and spits it back into the glass), men and women at a banquet drink champagne, and a man at home chugs a glass of champagne and drinks from the bottle with another glass of champagne shown on a table.

- Meeting a challenge should be about one's own growth, not for someone else's benefit. Family is more important than winning. 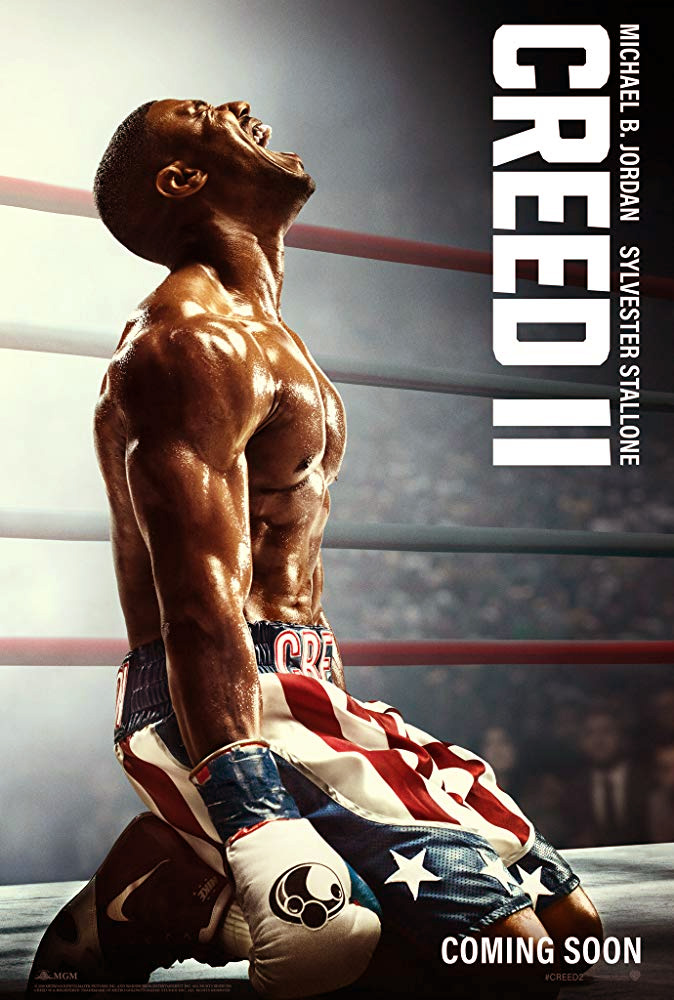