Jason Statham stars as a professional assassin who's injected with a drug that will kill him, unless he is able to maintain a level of adrenaline flow through his body for one hour. To do this, he storms the city looking for the man who is responsible. Also with Amy Smart, Efren Ramirez, Jose Pablo Cantillo and Jay Xcala. Directed by Mark Neveldine & Brian Taylor. [1:27]

SEX/NUDITY 9 - A man gropes his girlfriend in a public market, asks her to have sex with him, grabs her and pulls her to the ground, rips her dress (her bare breast is exposed), and climbs on top of her -- she fights him briefly but then consents and they kiss; she then stands against a newspaper vending machine, he pulls his pants down (we see his bare buttock from the side), and thrusts violently from behind her (she moans, and he yells), and people standing around them watch and cheer.
► A woman performs oral sex on a man (she moves down to his crotch off screen and he moans) (please see the Violence/Gore category for more details). A man breathes heavily and perspires, we then see a woman at his crotch and his pants are undone, suggesting that she is performing oral sex.
► Two women kiss in a photo, one has a hand on the other's clothed breast and the other is lifting the other's skirt (her bare crotch is visible). Topless women (their bare breasts are visible) walk and sit around a swimming pool. A man lies on a massage table and two topless women (their bare breasts are visible) massage him (one kneels on his back and the other is next to him). Bare-breasted and scantily clad women dance in a club. A man runs through a hospital wearing a hospital gown and his bare buttocks are visible periodically. A woman wears panties and a tank top that reveal cleavage and part of her bare buttock cheeks. A man wears bikini swim trunks and is bare-chested. A man is bare-chested.
► A man has an erection that protrudes under a hospital gown. We see turtles mating on a TV screen.
► People talk about a man and a woman having sex in a public market place. People remark about the size of a man's endowment. A woman says that she forgot to take her birth control pill.

VIOLENCE/GORE 8 - A man with a cleaver cuts a man's hand off (the hand that's holding a gun, and we see a bloody stump and blood sprays); they fight, another man hits one man in the head with a rolling pin, and one man picks up the severed hand holding the gun and shoots the other man in the head (blood sprays in the air, on a wall and on another man).
► A man shoots a man in the head, many other men open fire on him, and they shoot back and forth at each other; a woman inside a plastic capsule is shot, blood spurts on the wall of the bubble and another woman screams, many men are shot and killed, a man's fingers are shot off (we see his very bloody hand and the severed digits as he picks them up), and a grenade is thrown, one man pushes another man on top of the grenade and it explodes (we see the very bloody remains of the man).
► A man is tied to a chair, a plastic bag is wrapped around his head and he is raised into the air (we see him gasp and twitch, and then die).
► A man shoots a man in the head, many other men open fire, and one man uses a dead man as a shield (we see blood spurt every time the body is struck). A man shoots a man in the chest repeatedly (we see very bloody chest wounds). A man on a fire escape is shot, he falls to the ground with a thud (nearly landing on a woman) and we see blood on his chest.
► Two men fight in a helicopter and they both fall out, without parachutes: they continue fighting in the air, one breaks the other's neck, and we see one crash onto the roof of a car, bounce off and crash onto the street (a bloody head wound is evident).
► A man puts another man's hand in a sewing machine, which he turns on: we see the needle poking through the man's hand repeatedly and blood pours from the wound as the man screams. A man puts his hand in a waffle iron and burns himself (we see the red and swollen patterns on his hand later). We see a severed hand on a table in front of a man.
► A man gropes his girlfriend in a public market, grabs her and pulls her to the ground, rips her dress, and climbs on top of her -- she fights briefly, but then consents and they kiss and have sex.
► A man pulls a man out of a taxi, throws him on the ground, yells "Al Qaeda" and people standing around attack the man punching him and one person pulls his leg and breaks it (we hear a crunch). A man throws a man off a roof (we see the body falling past a window).
► A man fights with a man with a gun, the gun discharges and a bird in a cage is shot (we see feathers fly); one man is kicked and punched, knocked unconscious and then rolled into a pool. A man head-butts a man, fights with several men, he is thrown out of a doorway and onto the street, people chase him, and he drives away.
► A man is jolted with cardiac paddles and thrown back into an elevator. A man slams another man's head into a telephone box.
► A man holds a gun to the back of a man's head and it is implied that he shoots him. A man holds a gun to a man's head and shoots at police officers that approach with guns. A man holds a gun to a man's head and threatens him; then many other men hold guns on the first man (nobody is shot). A man pulls a person out from behind a counter in a convenience store, holds a gun to his head and threatens him.
► A woman performs oral sex on a man while he drives recklessly, shooting at other cars that are chasing him and shooting at him. A man speeds on a motorcycle, and crashes into a sidewalk restaurant flipping onto tables (people at the tables run screaming). A man drives fast and recklessly through streets, through a shopping mall entrance, through the shopping mall (people jump out of the way screaming), and crashes onto an escalator.
► A man runs frantically after giving himself an injection of adrenaline. A man injects an unconscious man in the neck with a syringe.
► A man steals a police officer's gun and then his motorcycle. A man kicks and breaks a large TV set while screaming. Several men with guns stand guard around a man in a swimming pool.
► We see a human heart (presumably a man's) beating slowly in a few scenes. We see a bird's heart beating very rapidly.
► It is suggested that an unconscious man was struck by a baseball bat. A man talks about being an assassin.
► The effects of a drug make a man nearly pass out in several scenes. A man feeds raw meat to a dog.

SUBSTANCE USE - A man injects a man in the neck with a syringe and tells him that he injected him with a deadly mixture of drugs. A man snorts cocaine, a man takes a handful of pills and chews them, and a man drinks a liquid drug given to him by another man. A man injects himself with epinephrine, and a man is given an IV injection of medication. People drink alcohol in club scenes, a man drinks wine, people drink alcohol in a pool scene, and a man walks past empty beer bottles on a table. A man smokes a cigarette, and a man smokes a cigar in a few scenes.

MESSAGE - Involvement in criminal activities can get you killed. 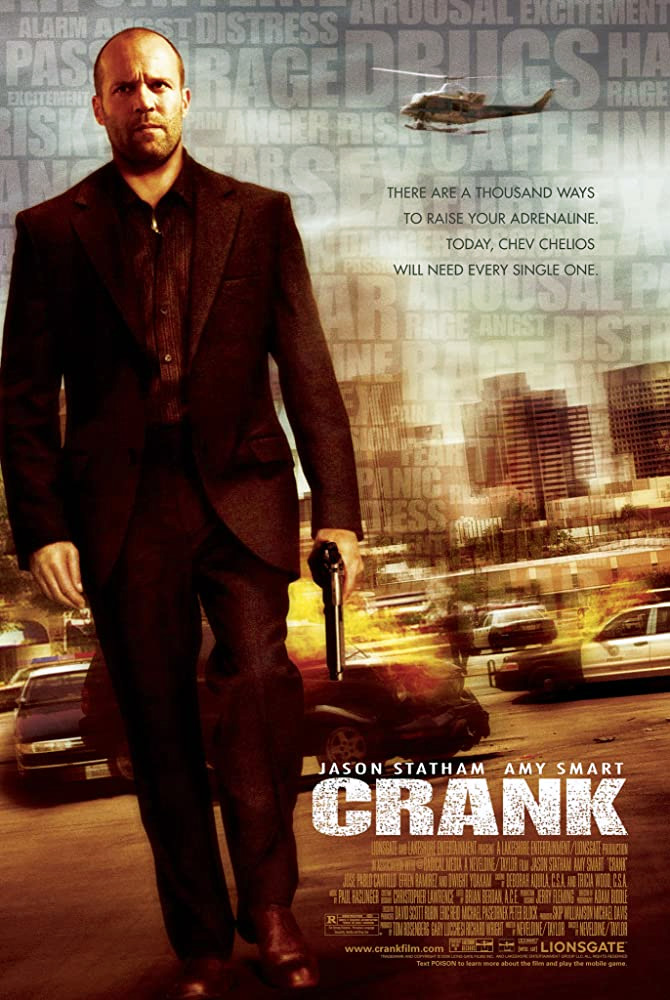