A psychological thriller about a couple (Dennis Quaid and Sharon Stone) who, along with their two children, decide to buy an old, sprawling house in the country, after feeling suffocated in the city. However, unbeknownst to them the farmhouse has secrets, and when the previous owner comes back from prison and wants his home back, he becomes a very unwelcome part of their lives. Also with Stephen Dorff, Juliette Lewis and Christopher Plummer. Directed by Mike Figgis. [1:58]

SEX/NUDITY 7 - A man puts his hand under a woman's skirt and pulls off her panties, they kiss and we see them through blinds having sex (he thrusts violently from behind her). A woman lies on top of a man and kisses him on the cheek (his shirt is open exposing his bare chest and she wears a tank top and small panties), a man kisses a woman on the cheek, a woman kisses a man on the cheek, a woman hugs and kisses a man several times, and a man and a woman kiss. A man appears to be making advances toward a married woman and we hear later that he asked her to spend the night with him. A man and a woman sleep in bed together; the woman wears a night gown that reveals her cleavage. A woman tells a man that she was almost unfaithful. We hear that a man's children are not his biological children. A man flirts with a woman. We see photographs of a partially nude woman (we see her bare breasts and thighs and she wears short shorts that are unfastened to show her panties). A woman wears a swimsuit and a man is bare-chested in a few scenes. A woman wears a short, low-cut top that reveals her bare abdomen and cleavage, a woman wears a low-cut dress that reveals her cleavage, and a woman's blouse is unbuttoned to reveal part of her chest.

VIOLENCE/GORE 6 - A man smothers a man with a pillow (we see the man struggle and then he's still). A woman lies twitching on the floor with a pool of blood around her head. A man punches a woman hard in the face: we see her with a bloody nose and he punches several men knocking them to the ground and over tables. Two men fight with punching, shoving and kicking; one is hit on the side with a hammer, the other is lashed to a skylight, he's hit in the leg and stomach with the hammer, the glass breaks, he falls through and crashes hard on the floor below (we see him motionless, with blood on his head and nose). A man hits a woman in the face. We see a dead horse floating in a pool and the water is tinged red from its blood. A woman is shoved into a deep hole in the ground and lands in a pool of water where a dead body floats (we see the partially decayed body in a video, earlier). A man is hit in the forehead with a piece of slate that cuts him and he bleeds. A police officer holds a gun on a man. We hear that a man ran another man down with his car and killed him. A man describes using "killing hammers" to kill sheep with one blow to the head. A boy walks into a busy street and is knocked down by a car (we see him sitting on the street under the car's bumper but he does not appear to be injured). A man in a truck is chased by another man in a truck; they drive erratically and the lead truck slams on its brakes and swerves trying to miss a deer in the road (we see the deer walk away and it does not appear to be injured). A snake slithers under the sheets of a bed just as a woman climbs out of the bed, snakes slither under a plastic tarp, snakes lunge at a man a few times (the man hacks the head off one and we see a stub and a smear of blood), and a snake falls from a ceiling onto a man. A man shoves a woman, a woman shoves another woman and threatens her. We hear children screaming then see a snake swimming in a pool where they had been and watch a man grab the snake. A man approaches a man and a woman with a heavy hammer and threatens to kill them. A man threatens to kill a man, a man threatens to whip a man, and a woman threatens a man. A retainer with a tooth attached is uncovered in a gravel path. A man screams at himself in a mirror. A car is set on fire and explodes. A man throws equipment around an office, breaking computers, electronic equipment and glass. There are several tense moments: a man puts his hand over a woman's mouth from behind and she is frightened and screams, people lock themselves into a house when a man threatening them is outside. A painting hanging on a wall shows a man holding a knife to a woman's throat. A boy reads and then recites a poem about the "devil's throat" which includes lines about a person dubbed "hammer hand" and some brutal acts. A man talks about animals being "wiped out" by a disease. A boy points a toy gun at a girl. Family walks through an abandoned manor house and there is an air of mystery and threat. A man eats in a rude fashion and burps.

MESSAGE - Family has to stick together, communicate and trust each other. 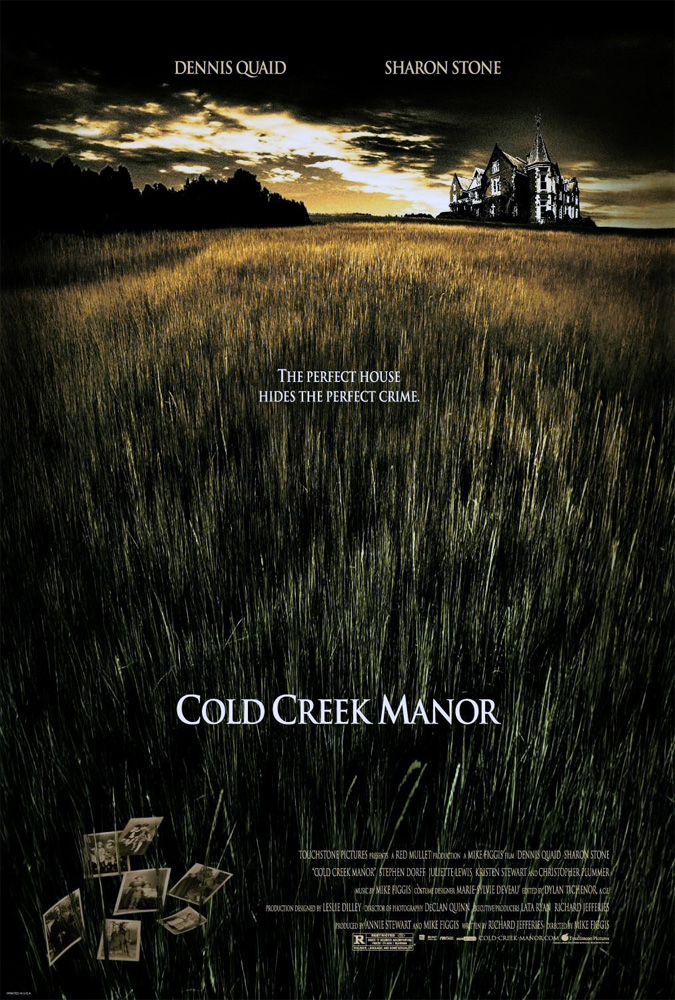