A U.S. contractor (Ryan Reynolds) is working as a truck driver in Iraq when his convoy is attacked and he is taken hostage. He awakens to find himself buried alive in a coffin, with only a lighter and a cell phone, as he races against time to escape suffocating death. Also with Jose Luis Garcia Perez, Robert Paterson, Samantha Mathis and Stephen Tobolowsky. Directed by Rodrigo Cortes. [1:35]

SEX/NUDITY 1 - Two men have a telephone conversation where a man explains that another man's job has been terminated because he had engaged in an intimate relationship with a co-worker, in violation of company policy.

VIOLENCE/GORE 6 - A man holds a knife to his hand and pushes down (his screams are muffled by a rag he put in his mouth), he draws back his hand, covered in blood, and we see a severed finger laying on the sand; he then wraps his hand in a bandage which becomes soaked in blood.
► We see a grainy cell phone video of a woman begging for her life as a gun is raised to her head, we hear the sound of gunfire and the woman falls over (we do not see any blood); a man watching the video cries (in a second scene we hear the audio of the recording), coughs and it appears that phlegm or vomit comes out of his mouth.
► Sand pours in the cracks of a coffin where a man shoves a piece of fabric; it is implied that the man suffocates to death as sand completely covers him, forcing him against the ceiling of the coffin.
► A man, his face is bloodied and is lying in a coffin, holds a knife to his throat, presses it against his flesh and pulls it away moments later. A man, blood on his face and neck and a bleeding cut on his forehead mixed with dirt, is seen in a coffin, with his mouth gagged and hands tied together; he struggles and pants as he tries to free himself from the restraints and tries to kick the roof of the coffin but accidentally hits his head on the ceiling of the coffin and shouts in pain. A man is seen, face bloodied, in a coffin that shakes as two explosions are heard above him; the man shouts and we see sand pouring in the cracks of the coffin while he begs multiple people over the phone to send help (we hear that the bombs were dropped by the military and that they leveled more than half of a city).
► A man awakens in a coffin (we see blood on his face and neck) and we see movement going down his pant leg as a snake slides out of the bottom of his pant leg; the snake hisses, the man tosses alcohol onto the snake and throws a lighter on the alcohol, a fire starts at his feet, the snake slithers out of a crack in the wall of the coffin and the man uses fabric to put out the fire.
► A man, seen with his face bloodied and covered in mud, is seen in a coffin and we hear his telephone conversation with another man; they shout at each other and the man on the phone says the man in the coffin has to provide money for ransom or he will allow him to die. Two men have an angry phone conversation, and one of the men is seen, face bloodied, struggling in a coffin as sand covers him.
► A man threatens to kill or injure another man's wife and child. A man tells another man to record himself cutting off his finger and send it to him. A man says that he witnessed eight people being killed, and he thinks the man he is talking to is willing to let him be killed as well. We hear that a convoy of trucks was attacked as they drove through Iraq; the group was first attacked by a group of boys throwing stones at the trucks and when the drivers got out, one of the trucks was blown up and six drivers were killed by men with guns, who appeared from behind houses and opened fire. We hear that a coffin containing the body of a dead young man is found. A man asks another man why a woman was allowed to be killed and the man explains that they did not know she had been taken hostage. A man shouts angrily, using crude language, at both men and women over the telephone. A man uses a cell phone to speak to multiple men and women, explaining that he has been taken hostage and buried alive and fears that he will die soon.
► A man sees a grainy cell phone photo of a woman with a gun held to her head.

SUBSTANCE USE - A man takes multiple pills, which he identifies to be for anxiety. A man drinks from a flask that contains an unidentified alcohol.

MESSAGE - Cherish your loved ones since you never know when you will be separated from them. Being buried alive is terrifying. 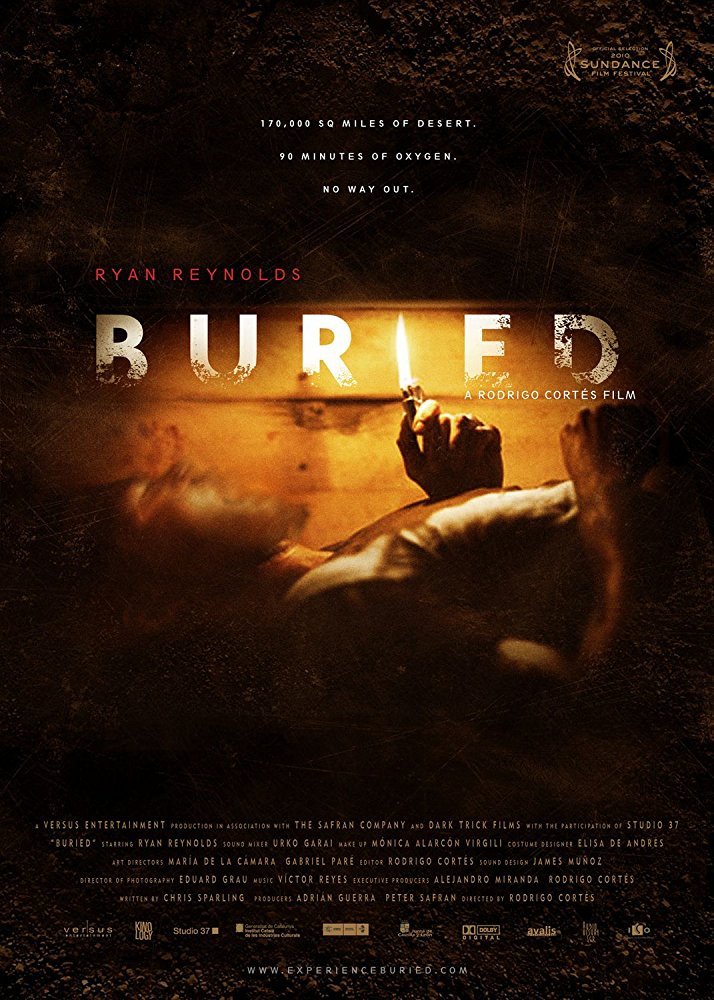