Two successful con artist brothers (Adrien Brody and Mark Ruffalo) travel the world scamming the wealthy out of millions of dollars. But when their target is an attractive and eccentric heiress (Rachel Weisz), one of the brothers must decide whether to choose love over a good swindle. Also with Rinko Kikuchi, Robbie Coltrane and Maximilian Schell. Directed by Rian Johnson. [1:49]

SEX/NUDITY 6 - A woman kisses a man passionately and he strokes and grabs her hair and face and they embrace; she moans and kisses him more passionately as she pushes him onto the floor. A man and a woman wake up in bed together (revealing bare backs and shoulders) and it is implied that they have had sex. A man and a woman are shown lying, cuddling, holding one another and caressing each other in bed in multiple scenes.
► A woman wearing a hospital gown turns around and the opening in the back reveals her full bare buttocks as she walks away.
► A man and a woman kiss tenderly in bed upon waking up. A man and a woman kiss in multiple scenes, stroke each other's faces and hair and embrace. Two people kiss at a party in the background.
► People dance suggestively at a party. A woman comes on to a man, tries to kiss him, and he turns away.
► A woman hears a thunderstorm and fakes an orgasm, claiming that thunderstorms stimulate her sexually. A man asks a woman if she's "horny."

VIOLENCE/GORE 6 - Two men shoot at each other and another man is shot in the back (we see a large blood stain).
► A man sits in a chair and slowly dies (we see blood drip out of the sleeve of his shirt). A man finds another man whose face and shirt are covered in blood, he has a large cut on his cheek and nose, and his eye is swollen shut.
► People shoot at each other from a moving car using machine guns: we hear the sounds of the bullets whizzing, hitting and breaking glass and metal and the people inside the car duck, veer off the road, and the car flips then hits a tree; no one is injured, the people get out of the vehicle, and it explodes and bursts into flames.
► A man is shot five times, blood seeps through his shirt, and he falls to the ground and appears to die (the blood and the shots fired are fake and the man is not dead). A man pretends to convulse and die. A man stands in front of a burning altar with blood in his mouth (the blood is fake). A man spits fake blood out of his mouth claiming it tastes like "tin foil."
► Two men fight punching each other and wrestling on the ground, a gun goes off accidentally, and a man pretends to be have been shot (we see fake blood in his mouth and on his shirt and he pretends to die). People arrive at a man's home, he shoots a shotgun at them through a door and other shots are fired, people duck and yell obscenities, and we see large holes in the door and surrounding areas; no one is hurt.
► A man is punched in the face and falls to the ground. A man smashes a bottle and cuts another man's hand. A man smacks a child hard in the face. A boy punches a man in the face. A man smacks a hat off a 9-year-old boy's head. A man punches another man in the face and he falls to the ground. A man kicks another man out of a chair and he falls to the ground. A woman crawls through an air conditioning duct, falls out, lands, and kicks a police officer (no one is injured).
► A man rides a bicycle down a very steep hill, as he reaches a road we see a car approaching, he is struck (we do not see the impact) and thrown off his bicycle and lands on the pavement (he is not injured). A woman crashes a car in a few scenes (she is not injured). A woman crashes a Lamborghini into a wall (she is not injured). A car explodes.
► Two men and a woman walk away from a burning house while we see flames engulfing the house. The roof of an historic Cathedral is blown up (we hear an explosion and see the smoke, debris and flames); people are evacuated by police (no one is injured). A woman blows up her house (we see and hear large explosions and fire as she sits in the foreground). A woman uses nitroglycerin bombs in multiple scenes to blow up various objects (including children's toys and dolls).
► A woman straps dolls to a tree, and fires a handgun at them multiple times, destroying the dolls. A man loads a handgun in one scene.
► A man yells out, "I'm going to kill him!" A man tells another man he hates him. A man yells at a woman to "go away!" A man calls himself useless. People are shown grieving for a dead man. A woman discusses the death of her mother. A woman discusses how as a child she was allergic to everything including hypodermic needles.
► A man steals an apple from a cart, runs away and trips and falls.

SUBSTANCE USE - A man says he leaving to go drink and in the next scene we see him with multiple empty alcohol bottles around him, a camel drinks alcohol from a flask, and in multiple scenes, people drink alcohol and alcohol is seen on tables and being consumed. Men and women smoke cigars and cigarettes throughout the film, and a woman lights a cigarette with a blowtorch.

MESSAGE - The life of a con artist can't go on forever: eventually something will stop you from swindling (getting killed, caught or your conscience). 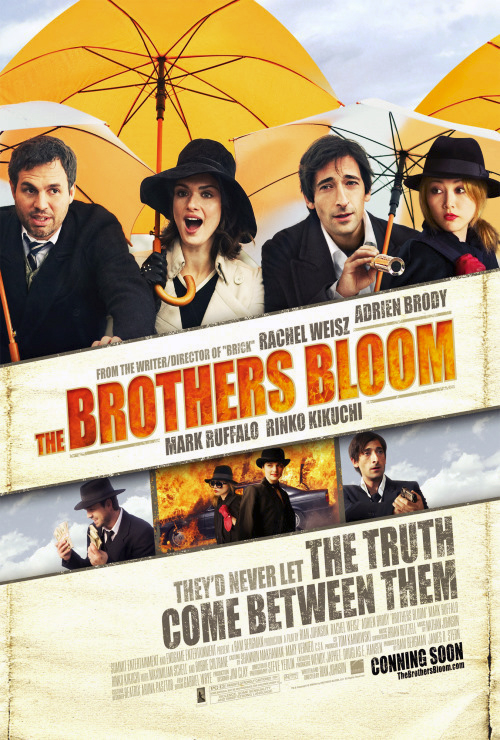