A successful tax attorney (Steve Martin) meets a woman (Queen Latifah) in an Internet chat room and they arrange a date. When she arrives, it is apparent that she is not what he expected: She turns out to be an escaped convict who insists she is innocent and coerces him to help her. He reluctantly agrees and she proceeds to wreak havoc on his middle-class life while at the same time helping him learn about what is truly important. With Eugene Levy, Joan Plowright and Missi Pyle. [1:45]

SEX/NUDITY 4 - A young woman talks about a young man who was trying to force her to have sex with him, and says that he got rough with her. A man kisses an older woman's neck and nuzzles with her, a man kisses an older woman's neck, climbs on a bed with her and tries to seduce her. A woman gives a man advice on how he should behave sexually with another woman: she tells him to grab her breasts (he does), she tells him to act like a beast (he makes some sexual remarks), and he puts two balls of yarn in his pants and thrusts his hips and grabs at them; the woman pushes him onto a sofa and gets on top of him thrusting her hips, as his young son walks in the room. A man and a woman kiss romantically. A young woman climbs into the back seat of a car with a young man and they begin to kiss. A man and a woman (as well as other women) dance together with lots of hip wiggling and thrusting, in a couple of scenes. A woman wiggles her hips and makes a sexual remark, a woman licks her lips and flings her hair seductively, and a woman makes sexual gestures at a man regarding another woman. A man and a woman come out of an office, the man has lipstick on his collar and she appears a bit disheveled. A man and a woman hug, and a man flirts with a woman in several scenes. A young boy looks at a pornographic magazine and the cover shows a woman covering her breasts with her arms (the boy also reads a brief passage about a sex act). We see women around a pool wearing swimsuits that reveal cleavage, bare abdomens and bare legs. A woman wears outfits that reveal cleavage, bare shoulders and bare legs. A man unbuttons his shirt and we see part of his bare chest. There are several references to the fact that a woman dates and marries elderly men for their money.

VIOLENCE/GORE 4 - A woman is shot in the chest, falls back onto a sofa and lies motionless (we see a hole in her top). A man is held at gunpoint and his head is slammed into a steering wheel twice (he has a bruised forehead later). A man holds a man at gunpoint, a woman is held at gunpoint, another man is held at gunpoint, and we see a video of a woman being held at gunpoint while a bank is being robbed. A fight breaks out with several men being punched and kicked and a man and a woman exchange kicks and punches. Two women fight in an extended scene -- many punches and kicks are exchanged and one woman's head is shoved into a wall twice and one woman's head is shoved into a toilet and flushed: Also, one woman slides across a table and into a wall, one woman is hung by her belt from a hook, one woman is shoved through a door, one woman ends up with a very bruised eye and cheek and the other has a bit of blood on her lip. A man is held over a ledge by the feet and forced to apologize for his bad behavior. A man is kicked in the groin and punched in the face, a man tackles a woman and shoves her into a bush, a woman punches a man in the face and he falls to the floor unconscious. A man is lifted up by several other men and tossed into a swimming pool. Two women exchange verbal barbs, and a man yells at another man. A dog snaps and snarls at a man. A man screams into a pillow a couple of times. A man drives a car recklessly. A man's stomach makes loud gurgling noises and he runs to the bathroom.

MESSAGE - Sometimes we need to be shaken up to be able to appreciate what is really important. 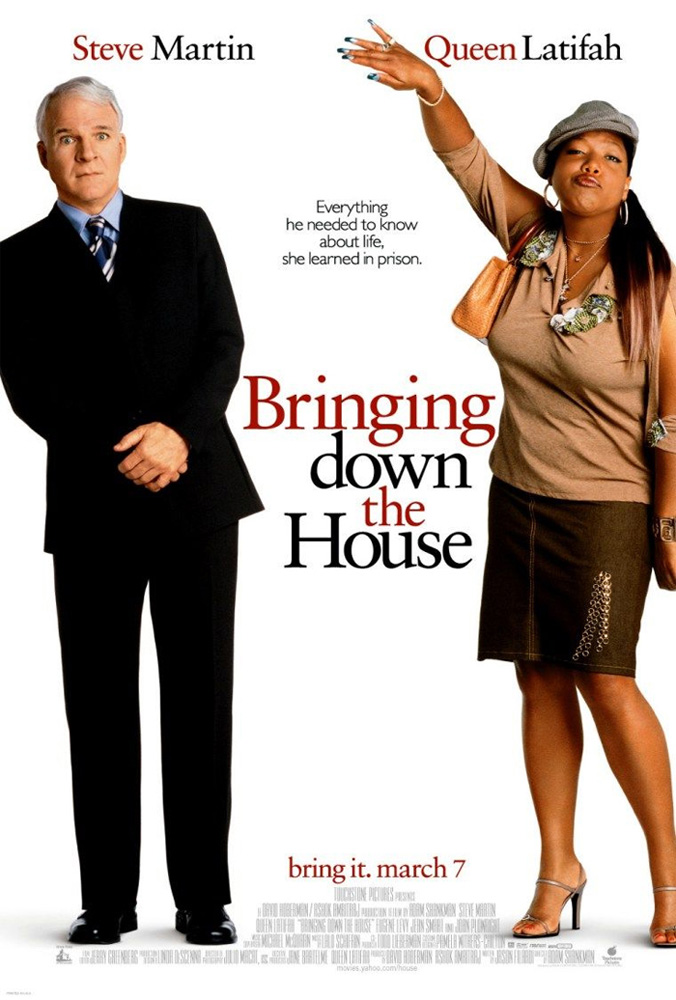