A group of high school students decide to spice up their lives by breaking into the homes of their favorite celebrities and stealing some of their stuff. Based on true events. With Katie Chang, Israel Broussard, Emma Watson, Claire Julien, Taissa Farmiga, Georgia Rock, Leslie Mann, Carlos Miranda and Gavin Rossdale. Directed by Sofia Coppola. [1:30]

SEX/NUDITY 4 - A teen girl and a man kiss passionately in a nightclub. A teen girl climbs through the bedroom window of a sleeping man and dances on the bed while holding a gun (please see the Violence/Gore category for more details); the man grabs her and puts her on the bed where they kiss passionately as he grabs her clothed buttock (it's not clear whether sex takes place). A teen girl sits on a man's lap and kisses his ear. A teen girl kisses a man on the cheek. A teen girl and a teen boy kiss on the cheek.
► A teen girl dances sensually around a pole in a "nightclub room" in a celebrity's house. People in a club dance together, with thrusting hip gestures, in a few scenes. A teen boy dances and shimmies while listening to a song alone in his room and lifts his shirt in the back to reveal the top of his underwear.
► Teen girls try on dresses in front of a teen boy who helps them choose their outfits and we see the girls in bras and panties (cleavage, bare abdomens, bare shoulders, and backs and legs are shown). A teen girl changes her bra and we see her bare back to the hips. Several scenes show a series of photographs of celebrities wearing clothing that reveals cleavage, bare abdomens, bare legs and backs. Two teen girls are shown wearing tank tops and panties while sleeping (cleavage, bare shoulders and bare legs to the hip are seen when they get out of bed. Two teen girls are seen in a hot tub and wearing swimwear; one wears a one piece that reveals cleavage and bare shoulders and the other is covered to the shoulders by water (bare shoulders are seen). Teen girls wear low-cut dresses that reveal cleavage in several scenes. Teen girls wear outfits that reveal bare abdomens, cleavage and bare shoulders in several scenes. A woman wears a low-cut top t hat reveals cleavage. A teen girl wears a short top that reveals her lower abdomen and a tattoo on her lower back.
► A girl teen tells another teen girl that "You were all over that old manager guy," apparently referring to a night out at a club. A teen boy calls another teen boy "hot." A teen girl talks about a woman's "hot bod." A teen girl says, "I'll do that guy." A teen girl tells another teen girl "Your butt looks awesome." A teen boy talks about loving a teen girl "like a sister."
► A teen girl finds photographs of a celebrity and they are implied to be sexual in nature, but we do not see the photos. A teen boy is shown wearing pink high heels.


VIOLENCE/GORE 3 - A car crashes into the side of another car and we see the driver of the second car being photographed at a police station (she has a bruise on her forehead and she was under the influence of drugs and alcohol). A teen boy is arrested and placed in handcuffs; we see him wearing an orange jumpsuit and walking to a bus where he is transported to prison. A teen girl is arrested and she yells and cries as police put her in handcuffs and take her away. Several teens are shown being arrested.
► Two teens are nearly caught when police arrive at a home they are robbing (they hide in the shrubs until the police leave). Teens robbing a house are nearly caught when the homeowners return. A teen girl climbs through the bedroom window of a sleeping man and dances on his bed while holding a gun; he grabs her and pushes her on the bed (please see the Sex/Nudity category for more details) and the gun discharges (no one is injured).
► A teen boy steals a box filled with 5 Rolex watches and a teen boy fences a box filled with 5 Rolex watches. We see surveillance video of people robbing houses in a few scenes. Five teens climb a fence and enter a home where they steal many items (clothes, jewelry, prescription drugs, cash, etc.). A teen girl finds a handgun in a house she is robbing and she waves the gun around toward a teen boy, who tells her to stop, but she doesn't and he becomes frustrated. A teen boy and a teen girl rob from a house and also steal the car of the homeowner. A teen girl opens a car and finds a purse that she steals; she opens another car and finds a wallet that she steals that. A teen boy and a teen girl go shopping using stolen credit cards and cash. Two teens rob several houses throughout the movie and return to one house a few times. A teen girl talks about stealing a woman's dog and selling it. A teen girl opens an unlocked car and finds a bag of cocaine in the glove compartment, which she takes. A pre-teen girl crawls through a doggie door to enter a house and let others in. We hear that a group of teens stole $3 million in high-end goods before being arrested and sentenced to 1-4 years in prison.
► A teen boy screams when a monkey in a cage screeches as the boy and a teen girl enter a dark house. Several teens make remarks about a teen boy arriving at school on his first day. Two teen girls argue over a dress. A teen girl teases another teen girl and insults her appearance.
► A teen boy in an interview talks about self-loathing and anxiety and being self-conscious.

SUBSTANCE USE - Two teen girls and a teen boy smoke marijuana on a beach, a teen girl and a teen boy snort cocaine while the girl is driving, several teens smoke a bong presumably with marijuana in it, two teens snort cocaine, several teens smoke marijuana, a woman gives her two teen daughters a prescription drug to take and we see them take them, a teen girl talks about being in a "drop out" school because she was caught with illegal substances, a teen boy smokes something from a pipe, a teen girl steals a bag of cocaine from an unlocked car, and teens make reference to Xanax. Teen boys and teen girls drink alcohol in several club scenes, teen boys and teen girls are shown drinking alcohol at a party, a man and a woman have wine on the table in front of them at dinner, a remark is made about a celebrity being arrested for driving under the influence, and after being arrested for DUI a teen girl talks a bout her levels being "off the chart." A teen girl smokes a cigarette in a few scenes.

MESSAGE - Bored teenagers can get into trouble. Crime never pays. 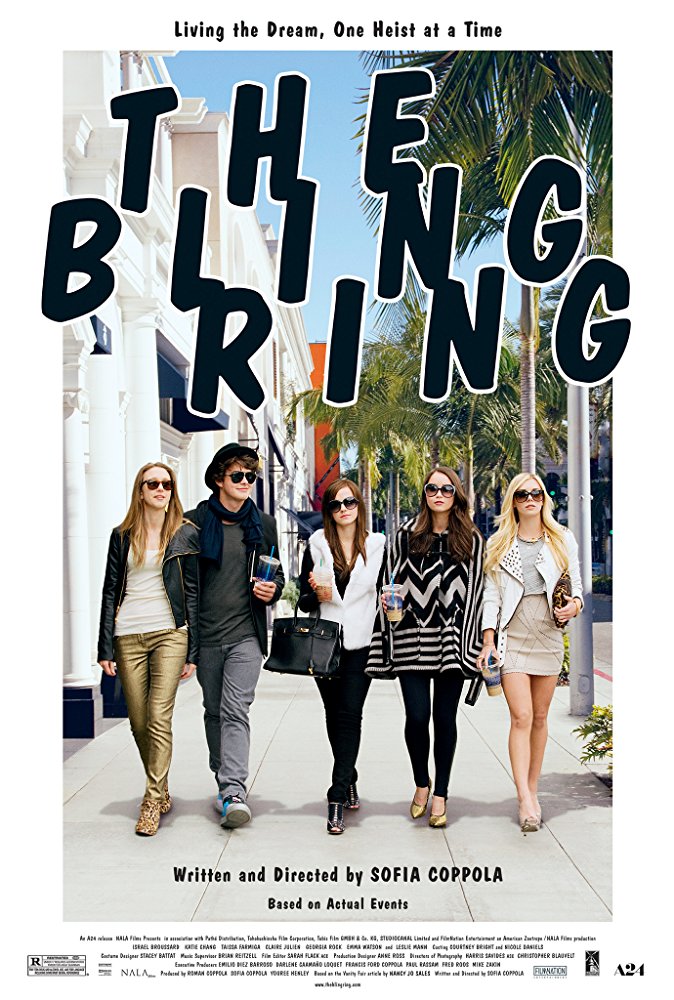