A wealthy socialite (Angelina Jolie) is overwhelmed by the plight of the starving and abused people of Ethiopia. In an effort to make some difference in their lives, she travels to Africa with food and medicine, and is confronted by a cynical doctor (Clive Owen) who's suffering from the pain and loss he sees all around him. She must now decide whether to commit herself to trying to help or to return to her privileged life. Also with Noah Emmerich, Teri Polo and Linus Roache. Directed by Martin Campbell. [2:07]

SEX/NUDITY 4 - A man and a woman kiss, they lie back in a bed (we see their bare backs and shoulders), and they kiss passionately (we see his tongue). A man and a woman kiss several times and a man and a woman hug. Men and women dance together. A woman comes home and finds her husband and another woman (her shirt appears to be unbuttoned) and it is implied that they are having an affair. A woman wears a tight-fitting tank top in several scenes that reveals cleavage. Women wear evening gowns that reveal cleavage, bare shoulders and backs.

VIOLENCE/GORE 8 - Men with guns threaten people, one is disarmed and held with a knife to his throat, the people fight the gunmen, kicking and beating them to death (we see dead bodies on the floor with blood around and on them). A character steps on a landmine, it explodes blowing one person through the air and killing another. A man grabs a baby, puts a grenade in his hand, his mother runs to try to retrieve him, she is shot in the chest, the baby pulls the pin, a man rushes to throw the grenade away and he is shot in the back (we see blood spurt and he falls dead on the floor). Armed men fire at and chase a man and a woman, the man is hit in the back twice (we see blood spurt and he falls to the ground). A woman is shot in the street as she runs. Bombs explode in some woods, people are thrown through the air by the blasts, one man is hit in the back by shrapnel and we see a glow and sparks coming from the hole. A woman is hit across the face (we see blood on her cheek). A woman lies on an operating table with her chest open and we see blood gushing (she has had no anesthesia). A woman lies moaning with bloody wounds on her abdomen. An emaciated boy is leered at by a vulture. A man is beaten with a metallic wand and kicked repeatedly by a man and then kicked repeatedly and spat upon by a woman. We see many sick and dying people in field hospitals: some are missing limbs and have blood-soaked bandages, and a man has what looks like an infection on his eye and ear (raised patches). We see many starving and suffering people (bodies lie barely breathing with ribs protruding and flies buzz around faces). Two people hide in a cabin, a tree falls onto the cabin after a bomb explodes and crushes it but the people escape with a cut on the eyebrow and a bruised face. We see a video of what looks like a hospital, we hear gunfire, armed men come in, people clamber, the tape ends and we hear that people were killed. We see men digging many holes in sand and bodies wrapped in cloth are placed in the holes. We hear that a boy has died from exposure and see a body bag on a stretcher (apparently the boy's) being put into an ambulance. Men fire guns into the air around a crowd of people, a woman shoves one of the men, he throws her onto the ground, other people crowd the men and they are beaten off with gun butts. A tank nearly crashes into a truck, and the truck moves out of the way and drives erratically when gunfire rings out. A man is forcibly dragged out of a room by two police officers. People make their way through heavily wooded areas trying to escape killing squads that are following them. A man tells a woman that if she is caught by a killing squad she will be raped and murdered. A man threatens another man. We hear that many people have been killed or wounded by land mines and we see people missing parts of their legs and/or arms. There are tense moments when people argue and negotiate. A woman is pushed off her chair and onto the floor. A man talks about having lost his leg when he stepped on a landmine (we see his prosthetic leg). A man describes conditions in countries where people are starving and suffering from cholera, measles, typhoid and other often lethal diseases. We hear of drought conditions. A man and a woman argue.

MESSAGE - We are all refugees from something. Knowing where we belong in our lives is sometimes not clear. Africa is mostly a mess. 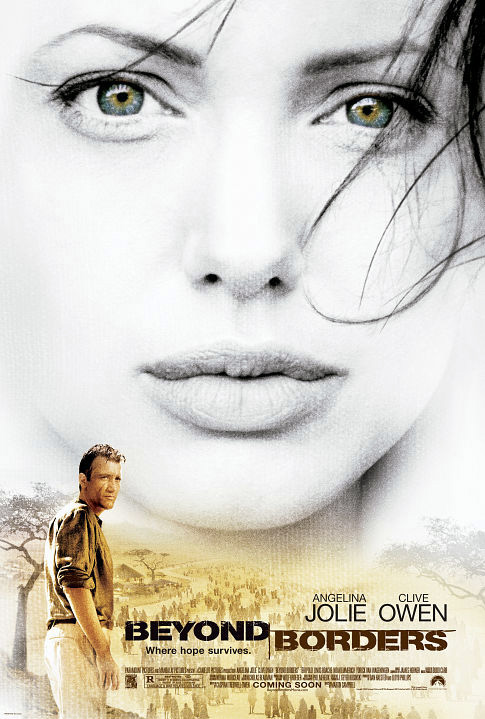