Nicole Kidman stars as a real-life witch who is trying to break the habit of using magic. In the process she meets a self-centered actor, played by Will Ferrell, who is cast to play Darren Stevens in a remake of the '60s "Bewitched" TV series. When he sees Isabelle twitch her nose, he decides that she is the only one for the part of Samantha, not realizing that she's a genuine witch. Also with Shirley MacLaine, Michael Caine and Steve Carell. Directed by Nora Ephron. [1:30]

SEX/NUDITY 4 - A man walks onto a TV set completely nude -- we see his bare chest, abdomen, legs, back and his genitals and buttocks are obscured by little squares. A woman's top lifts up revealing her bare abdomen and back, and a woman's dress is low cut and reveals cleavage.
► A man and a woman kiss in several scenes, and a man and a woman dance together and kiss. A man kisses a woman's hand and they hug, and a man kisses a woman's hand. A man pats another man on the buttocks repeatedly. A man flirts with a woman, and an older man flirts with younger women in many scenes.
► A man swoons over a woman and says, "Let's make love," and a woman swoons over a man and says, "I love it when you sweat." A young woman says to an older man, "Yes, I will sleep with you." A man talks about wanting to kiss a woman. A man says to a woman, "Let's go make out in the closet." A woman says to another woman, "the 'Do Not Disturb' sign will be on the door tonight," referring to her night with her husband. A woman says, "we had sex on the elliptical machine." A man says, "I wouldn't kick her out of bed for eating a box of crackers." Another man says, "She has a nice back end on her." A woman calls a man a "giant male reproductive organ." Two men talk about why women sleep with men and that one reason is money. A man recites a line incorrectly and says, "you lick my nose and I shall lick your snout" about a dog.
► A man climbs into bed with his wife, and two men hug.

VIOLENCE/GORE 3 - A man slaps a man in the face. A man holding a broom is lifted into the air, spun around and dropped back onto the ground. A woman flies on a broom and swoops around a man scaring him. A man screams and swings a branch at a woman.
► A woman is sprayed in the face with ink, wind blows and takes a wig off her head, and she puts her elbow in her bowl of soup. A large fan blows a woman's hairpiece off and she screams. A woman shrinks and falls into a bucket of water. A woman blows the doors of a movie set open and sets a cappuccino machine on fire. A man drives a car recklessly.
► A woman yells at a man, and a man yells at several people in several scenes. A man yells at two men. We hear lions roaring and men screaming in the distance. A woman makes a list of methods of getting rid of a man ("push him into a shark pool," "electrocute him," etc.).

SUBSTANCE USE - A man drinks alcohol, and people drink alcohol at a party. A man tries to light a cigarette and a man yells at several people in a room and asks if other people were high on drugs.

MESSAGE - If you have special powers it's hard not to use them to get what you want. 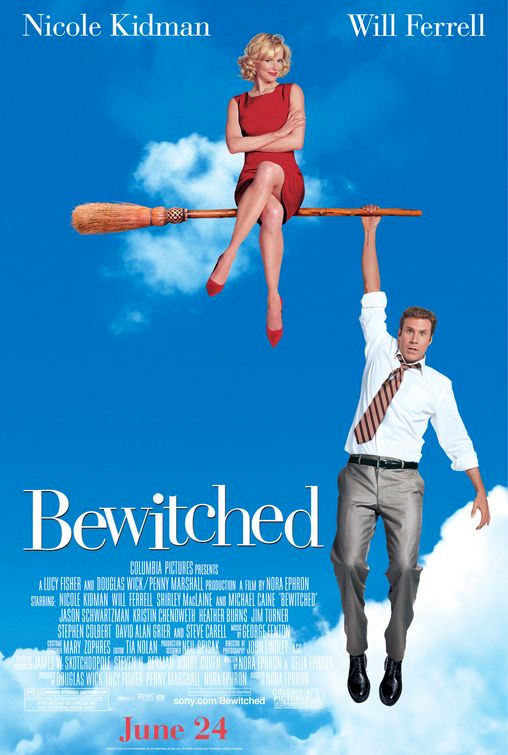