Why is “Bennett’s War ” rated PG-13? The MPAA rating has been assigned for “some language and brief violence.” The Kids-In-Mind.com evaluation includes a couple of implied sex scenes, a few kissing scenes, and several cleavage revealing outfits; a couple of combat scenes that show death and debilitating injuries, several motocross race sequences that show riders jumping, speeding on dirt tracks, wiping out and one scene that shows a man getting seriously injured, and several arguments; and some strong language. Read our parents’ guide below for details on sexual content, violence & strong language.” A man (Michael Roark) injured while serving in Afghanistan returns home to find his family farm in trouble. Needing money, he returns to the motocross circuit against all odds to try to earn enough to save the farm. Also with Trace Adkins, Ali Afshar, Allison Paige, Hunter Clowdus, Brando Eaton, Tony Panterra and Michael King. Directed by Alex Ranarivelo. [Running Time: 1:35]

– A husband startles his wife by sneaking up behind her, they kiss and he tosses her onto a bed where they kiss and sex is implied (they are clothed). A woman wearing a “Scream” mask lunges out of a closet scaring her husband (please see the Sex/Nudity category for more details), they kiss (she is wearing a skimpy romper that reveals cleavage and has bare legs to the upper thighs) and she pushes him back on a bed and straddles him as they kiss (sex is implied). A husband and his wife hug and kiss in a few scenes. A husband and his wife snuggle in a hospital bed and kiss tenderly (both are clothed).
► A woman talks about being able to get the attention of sponsors because she is a woman and that she has “boobs.” A woman makes a reference to “neutering” a man.
► A woman wears low-cut tank tops, blouses and dresses that reveal cleavage in many scenes, and two women wear deeply cut blouses that reveal cleavage at a race track. A woman wears a skirt that reveals bare legs to the mid-thighs. A shirtless man is shown and his bare chest, abdomen and back are seen.

– Two armed Rangers ride toward a secluded camp and walk through thick grass, nearly stepping on a tripwire; several gunmen rush out of a hole in the ground and open fire on them, striking one man. who falls to the ground moaning, while the other shoots a few of the gunmen (we see blood spurt); the Rangers ride away on one dirt bike and speed into a tripwire causing and explosion and we see them both thrown into the air. A man pulls another man’s pants down and when he bends over he punches him in the face; another man punches the first man in the face knocking him out. Two Rangers with parachutes float to the ground in Afghanistan at night and ride dirt bikes to a remote area where we see a camouflaged gunman taking aim at them until one of the men makes him drop his weapon.
► Several motocross racing scenes are shown with riders speeding along winding dirt tracks and making big jumps and tight turns: A few scenes show many riders piled up on a turn, and others show riders jumping off a track and down a hill, or falling off their bikes; one wipeout shows a man tumbling down a hill and we hear a crack when he stands up (we see an X-ray of a broken leg bone later), another shows a man being knocked off his bike and scrambling to get back on and continue the race, and another shows a rider crash into the shoulder of the track and his face is covered with dirt.
► A man stands on a stool to change a lightbulb, he stretches to reach the bulb, wobbles and falls on the floor (he is unharmed but becomes upset). A man drops a heavy tool on his foot and he yells (we see a bruise). A man repairing a motor bike uses a tool and it slips causing him to hurt his hand and he punches a metal drum in anger. A man falls back out of his chair after a screw was removed from the frame (he does not appear harmed); he gets up and lunges in the direction of the person responsible (no fighting takes place). A young man throws his helmet in anger after losing a race.
► A man rides a dirt bike on a dark road and then off the road at night. A man is shown with scars on his neck and face from injuries inflicted during wartime. A man is shown in a hospital bed with bloody cuts on his face, one eye is swollen and bruised, he has a bandage on his leg, a brace and heavy screws on his leg and many staples in a wound on his ankle. A man is shown in the hospital with a bandage on his leg and an IV. A woman is shown in a hospital bed holding a newborn shortly after birth. After a war injury and surgery a man is shown wearing a leg brace, using crutches and later limping. A man says that he can’t feel anything in his foot after stubbing his toe on a heavy piece of equipment. A man shows another man a long scar on his shin and describes what happened during a motocross race; he then shows a scar on his hand from where he punched the person responsible.
► A woman wearing a “Scream” mask lunges out of a closet scaring her husband (please see the Sex/Nudity category for more details). A husband startles his wife by sneaking up behind her (please see the Sex/Nudity category for more details). Two men walk through woods carrying hunting rifles.
► A wife yells at her husband and storms off. We hear that a man injured in combat is in surgery and a doctor reports that “It doesn’t look good.” A doctor recommends fusing a man’s heel bone because of multiple breaks in the foot and ankle. A man talks about his wife dying in a helicopter training exercise and that his heart broke that day. Competitors trash talk each other in a few race scenes. A wife tells her husband that she will leave him if he takes any unnecessary risks. A wife yells at her husband about taking any unnecessary risks. A man tells a woman not to get her “panties in a twist.” A man says of another man’s wife, “She will beat me like a piñata and I will cry.” A man asks another man if he ever thought that when he was in the military he was “shooting Arabs and now he’s working for one.” A man enters a store and says, “So this is where dreams come to die.” A man talks about being behind on his farm’s mortgage. A man genuflects and another man says, “Aren’t you Muslim?” and the first man says, “Only in front of my grandmother.” A man tells a woman, “I don’t like this women in power thing,” and that in his culture, “Women are seen not heard. They aren’t even seen.” A woman makes a reference to “neutering” a man.

– You’ll never know if you can do something if you don’t try. 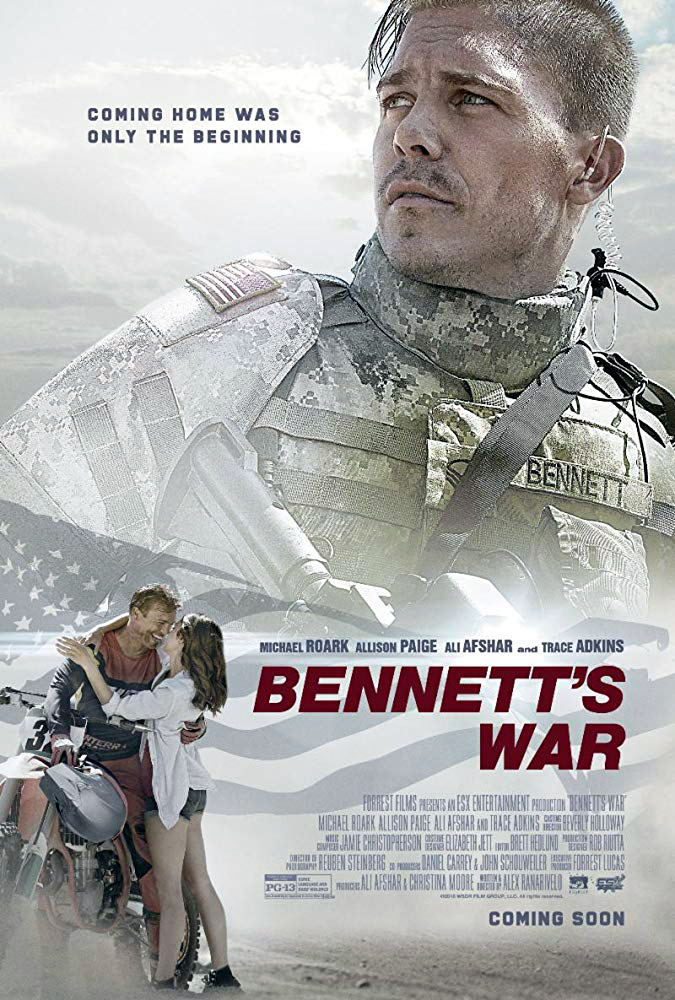