Why is “Bad Trip” rated R? The MPAA rating has been assigned for “crude sexual content, pervasive language, some graphic nudity and drug use.” The Kids-In-Mind.com evaluation includes pranks such as an implied sexual assault by a gorilla on a man including implied ejaculate, a kiss in a dream sequence, a fully nude man (no genitals are seen), many scenes of prank-type violence with no visible injuries shown, and over 100 F-words and other strong language. Read our parents’ guide below for details on sexual content, violence & strong language. A combination of scripted comedy with real-life hidden camera pranks: Lifelong buddies (Eric Andre and Lil Rel Howery) escape their boring lives with a road trip to New York City, where one friend plans to propose to his high school crush (Michaela Conlin). To do so the friends steal a car from a relative (Tiffany Haddish), who breaks out of prison and steals a police cruiser to chase them down. Also with Michaela Conlin. Directed by Kitao Sakurai. [Running Time: 1:24]

– A man enters a zoo’s gorilla pen and the gorilla (it’s a man in an ape suit) grabs him and seems to rape him anally as we see one of the man’s bare buttocks; onlookers gasp and point (there are no children there) and a woman off-screen yells, “Pull up your pants”; the supposedly assaulted man exits the pen and then re-enters, whereupon the ape grabs his head and flings him to the ground on all fours, and then thrusts its groin into the man’s face rhythmically (in close-up, we see a stream of white viscous material shoot out as if from a spray can onto the man’s face, and he says it’s ejaculate) as onlookers gasp, shout and turn away. A TV screen shows a large gorilla facing the camera and lying on the back of a smaller gorilla, thrusting in what appears to be intercourse.
► A large vacuum hose in a car wash sucks the coveralls off a man to leave him nude (we see frontal and back nudity, except for the man’s hands covering his genitals); a man nearby gasps and curses and the nude man jumps into the back seat of an empty car to hide, still covering his genitals.
► Two men wake up and find their penises are stuck in the ends of a Chinese finger puzzle, through their trousers: we see long, rubber tubing used to simulate penises as the men stand up slowly and ask passersby for help (people keep walking), walk back from each other and the “penises” stretch as a man and a woman look alarmed, they try to separate and one of the trapped men grabs a knife and dramatically cuts the puzzle off the “penises.”
► In a dream sequence, a man crashes through a door into a conference room, grabs a woman, lays her on a table, stands between her legs and kisses her as other men giggle. A dream sequence shows a man calling a woman “hot” for beating up a male bully and tossing him into a market stall; she then kicks a blind man in the crotch and beats him with his cane, and she and a man skip away and the scene cuts to their wedding; the man kisses the woman and the officiant priest kisses him as people cover their faces or grimace and gasp; the dreaming man wakes up and we see that he is driving and he swerves to avoid another car.
► A woman wearing a beard and a man’s suit twerks in the face of a man sitting at a banquet and he looks surprised. Two men wear makeup and dresses to appear as women and flirt with older men at a banquet and the men act offended.
► A woman asks a police officer to kiss her and he says, “No I’m married.” A man tells a woman that he would tell his girlfriend, “Let’s make love under the sunset” and the woman tells him to be less sexual when he talks to his girlfriend. A man stares and gapes at an attractive woman in three scenes.
► Two women wear miniskirts that end at the upper thighs in background shots. Three women wear tight-fitting tights that hug their curves.

– Two men find pills in a car’s glove compartment and swallow some (the scene becomes distorted and one man speaks in slow motion while the other chirps as if he breathed helium) and they both slur their words and dance through supermarket aisles (please see the Violence/Gore category for more details) as a clerk says that they are on drugs. A woman in a shop says she drinks Pepto-Bismol with whiskey, men and women drink from bottles of beer and one woman drinks a tall cocktail, two men and two women drink shots of whiskey, a man drinks four shots of whiskey and staggers, slurs his speech and climbs on a canopy over a bar before falling to the floor (he’s unharmed), and glasses of beer as well as champagne and wine are shown on tables at a banquet and a few men and women drink from their glasses. A man takes a long puff from a pipe and puts it in his pocket as we see a smoke cloud.

– People can be fooled by strangers or emotionally hurt by friends, but most are forgiving. 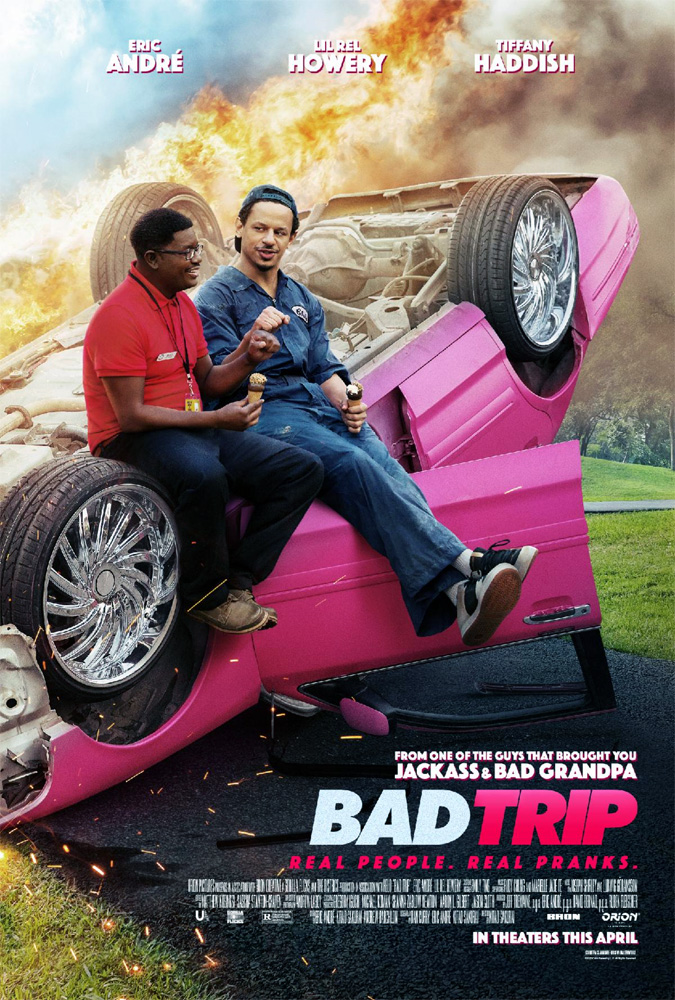