A very popular silent movie star (Jean Dujardin) finds it difficult to transition to talking movies when the new craze arrives. But with the help of a few friends he manages to get through. Also with Bérénice Béjo, John Goodman, James Cromwell and Penelope Ann Miller. Directed by Michel Hazanavicius. A large majority of the film is silent with occasional subtitles and accompanied by music. [1:40]

SEX/NUDITY 2 - A man kisses a woman's hand in a movie scene. A man kisses a woman on the cheek. A woman kisses a man on the cheek and we see a photo of the kiss several more times.
► A woman's legs to the thigh are shown behind a screen while she practices dancing. Several women wear short dancing costumes that reveal legs to the thigh. A woman wears a low-cut top that reveals cleavage. A woman wears a long nightgown that reveals cleavage, bare shoulders and back.
► A woman caresses a married man's jacket and smells it, she places her arm through the sleeve and caresses her own hip and back as if it is the man, and the man enters the room and sees her; they move close to each other and appear about to kiss but are interrupted.
► A man and a woman hug in a few scenes. A man and a woman hug while sitting on a bed and the man falls unconscious; she then caresses his face and neck.
► A man and a woman dance together and gaze at each other longingly. During a movie sequence we see men and women dancing together and two men dance together apparently accidentally. A husband and his wife are shown sleeping in bed and wearing nightclothes.


VIOLENCE/GORE 3 - A man un-spools many reels of film, throws a lit match in the pile and the film bursts into flames; the man slumps to the floor and falls unconscious, but is pulled to safety before he is overcome.
► A man walks through the burned out remains of a house. A man opens a box that contains a gun, takes the gun out and puts it in his mouth preparing to kill himself (he is interrupted).
► A woman drives a car erratically through streets, nearly hitting other cars and pedestrians, until she crashes into a tree (the car is crumpled but the woman is unharmed).
► A movie scene shows a man being zapped with electricity as a method of torture and although it is a silent film we see him screaming, and then being dragged to a cell, unconscious.
► A man becomes upset when he sees all of his possessions covered with sheets in a storage room. A man has a nightmare that everything and everyone around him makes sounds but he has no voice. A man argues with a miniature version of himself: the miniature version shoots a gun at him and is joined by natives carrying long spears. A man yells at a shadow of himself on a wall.
► Three men fight with swords in a movie scene: one man is knocked aside and another is stabbed in the stomach and he falls to the floor (no blood or injury is visible). A movie scene shows a man sinking in quicksand; a woman struggles to help him out, he continues to sink until he is fully engulfed in the sand and the woman cries. A man speeds in a car along a dirt road in a movie scene.
► We read headlines about the stock market crashing and a man says, "We've gone bust." We read headlines stating, "Actor survives fire" and "Lightning kills two."
► We see a man sleeping in a hospital bed and wearing bandages on his hands. A man passes out from drinking too much at a bar; another man picks him up and carries him home to bed. A man steps off a curb and is nearly struck by a car.
► A man fires his chauffer who seems dejected and befuddled. A fan bumps into a movie star and it seems as if he is upset, but they laugh about it together.
► A woman is very upset with a man and yells at him. A wife yells at her husband and tells him that she is "not happy." A wife leaves a note for her husband telling him to "collect your souvenirs and leave." A woman says to a man, "I'll get you for this." A man yells at a woman and tells her to "get off the set."
► A man accidentally discharges a handgun and his dog plays dead. A man pretends to shoot a dog and the dog plays dead. A man gestures with his hand as if he is shooting himself in the head and his dog plays dead.
► A dog licks a man's neck and face in a few scenes. A wife doodles on photographs of her husband (blackens teeth, adds mustaches, etc.).

SUBSTANCE USE - A man pawns his suit to get money to buy alcohol in a bar, a man drinks a glass of liquor, a man drinks alcohol in several scenes and he is shown alone at home and in bars, a man tries to drink but his glass is empty and the bottle is empty also, a man places an empty liquor bottle in a bin filled with other empty liquor bottles and a man passes out from drinking too much at a bar and another man picks him up and carries him home to bed. A man smokes cigarettes in several scenes, and a man smokes cigars in several scenes.

MESSAGE - Out with the old and in with the new. 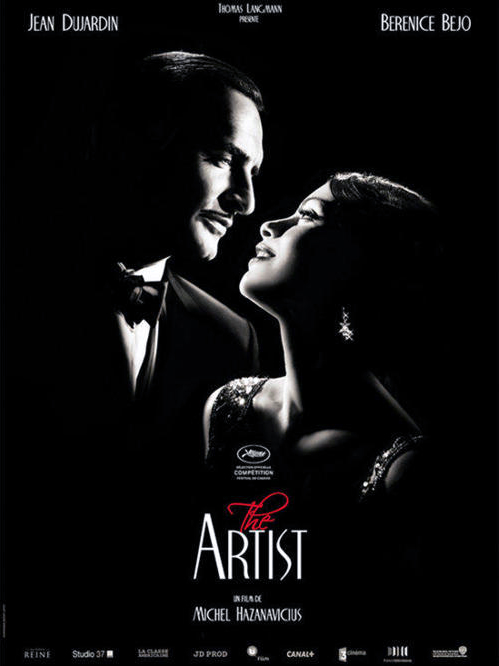