Pierce Brosnan and Salma Hayek star as jewel thieves who have retired to a Caribbean island after having stolen two of the three prestigious Napoleon diamonds, and Woody Harrelson co-stars as an FBI agent who's been suspended after failing to catch them. When the third Napoleon diamond is on a cruise ship that's stopping at Caribbean islands, the two thieves are tempted to suspend their retirement. Also with Don Cheadle and Naomie Harris. Directed by Brett Ratner. [1:48]

SEX/NUDITY 7 - A man and a woman kiss passionately, they begin to remove their clothes (down to their underwear), they lie back on a bed continuing to kiss, and they are interrupted by a pager; they then discuss how fast they could be if they went ahead and had sex before the woman had to leave, and they kiss again. A man and a woman kiss (he's bare-chested), she removes her robe revealing her bra and panties, she lies on a bed, he kisses her panties, then up her abdomen, and then lies on top of her and they kiss. A woman lies on top of a man while kissing on a beach; the woman is bare-breasted (only the side of her breast is visible) and wears a thong (her bare buttocks are seen). A man and a woman kiss passionately. A woman in a bikini climbs on top of a man and they kiss. A woman drops her dress, climbs into a bathtub with a man (he's bare-chested and we see her bare shoulders) and they kiss. A man and a woman disguised as a man kiss passionately, then the woman removes her costume down to a low-cut tank top that reveals part of her bra and cleavage. A woman kisses bruised spots on a man's face tenderly, and then they kiss. Women dance on pedestals and around poles in a club scene (one wears a thong that reveals bare buttocks and she appears topless, although her breasts are not clearly visible). Two scantily-clad women enter a man's hotel room and say that they are there to give him a massage -- one for his back and one for his front. A man listens (through a bug) to a conversation between a man and a woman and he thinks they are talking about sex acts and that another person is going to join them for sex. A man talks about he and his wife liking swapping sex partners and having sex with other couples. Men and women sit in a hot tub together (we see bare shoulders). Men and women dance together in several scenes. We see photos of two men who appear to be caressing each other and hugging romantically. Two men lie in bed together (both are bare-chested) and when they wake up one has his arm around the other. Two men apply suntan lotion on each other's backs, and one makes a comment about his fishing pole that the other misunderstands as a sexual advance. A woman wears a bikini top with bits cut out leaving only a patch over her nipples. A woman wears a top with no back. A woman wears tight-fitting and low-cut outfits throughout the movie; they reveal cleavage, bare shoulders, bare back, bare abdomen and bare thighs. Cheerleaders dance in skimpy two-piece outfits that reveal bare abdomens, cleavage and bare thighs.

VIOLENCE/GORE 4 - A man holds a gun to a woman's head and hits a man in the face with the gun; the woman gets away and hits him, the man hits her in the face, and the woman throws a knife into the man's leg and the man is shot twice (he falls to the floor dead). A man is shot in the shoulder, he falls to the floor and we see blood on his shirt. A man is shot at while climbing through vents in a ceiling, and he slides through a vent and crashes into a bathroom stall landing hard on the toilet. A man goes into his house with his gun drawn, suspecting there is someone inside: he finds a man, the man stands up and they both hold guns at each other. A woman holds a gun on a man, he turns, punches another man in the face, then runs, and walks down mooring ropes and onto a dock where he is chased by police over fences and through a shipyard. A man struggles and holds his breath while a gas is sprayed through the vents of the car he is trapped in, and he eventually falls unconscious. A man is surrounded by security guards, one holds a gun on him, he punches one and they struggle, and then several guards grab him by the arms and hold him. A woman grabs a man's crotch and squeezes, we hear a crunch and see the man grimace. A man is punched and knocked out, and a man is hit in the face by a trombone and he falls to the ground. A man drives a car by remote control, another man is still in the car and panics trying to get out and to control the car, and the car slams into two other cars; then two other cars surround it and force it to stop, and a large truck pushes the car into a darkened garage. A man threatens another man by showing him his gun. While fishing two men catch a shark, it lies motionless in their boat, one man touches it and it snaps at the man; he falls backward, we see blood on the deck around the shark's mouth, and the man shoots it repeatedly. Four people scuba dive at night and explore a sunken ship. A player falls on the floor during a basketball game, and another is knocked to the floor. A man in a car that's controlled by remote control screams and is tossed about. A fan yells in protest during a basketball game and is eventually carried out by several guards. A man appears to be very drunk and yells in a bar.

SUBSTANCE USE - People are shown drinking alcohol and a man smokes a cigar.

MESSAGE - It's good to find a hobby when you retire. 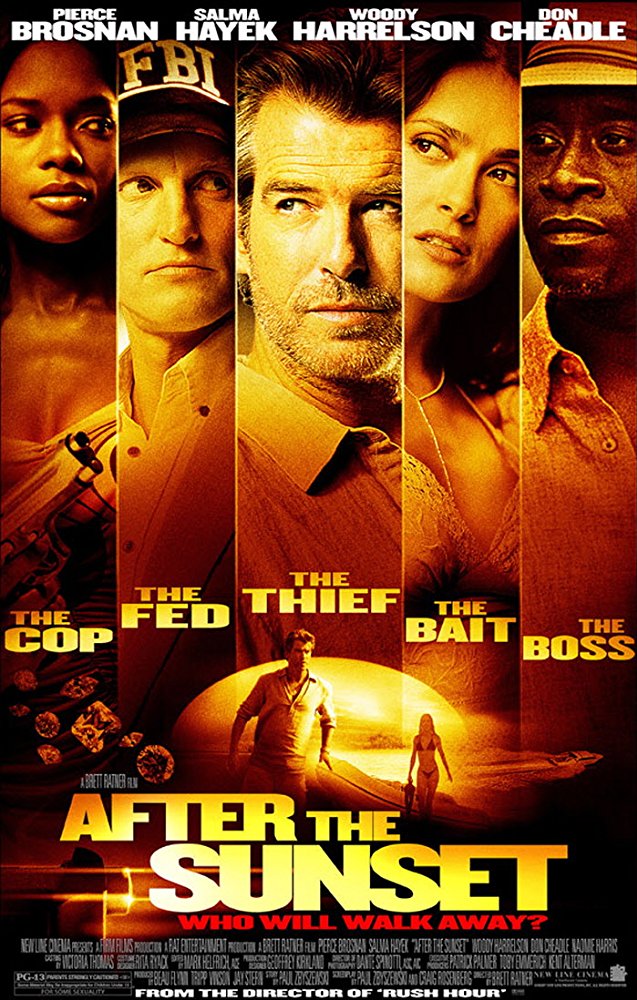