Thriller based on the case files about a serial murderer in the San Francisco Bay Area who haunted the lives of police detectives and newspaper reporters for years, by killing and disappearing, and then killing again. The true identity of the killer has never been established. With Jake Gyllenhaal, Mark Ruffalo, Robert Downey Jr., Anthony Edwards and Brian Cox. Directed by David Fincher. [2:40]

SEX/NUDITY 3 - A man flips through pornographic magazines (we see a nearly nude woman on the cover of one) and a woman bent at the waist with her head in the lap of a man.
► A man and a woman lie on the ground snuggling. A husband and wife kiss goodbye.
► We see a man wearing jockey shorts.
► We hear that a man was fired for "touching the children." We hear that a woman is married but she has taken another man to a place to park and listen to music. There is a reference in an anonymous letter, in crude terms, about hunting humans being as exciting as having sex with a girl. A man talks about someone leaving a party before "everyone got naked." A man writes in a newspaper article arguing that a murderer is a latent homosexual.
► A man finds what could a sex aid under a man's bead.

VIOLENCE/GORE 8 - A man with a gun approaches a man and a woman, he forces her to tie the man up, the gunman then ties the woman up, stabs the man repeatedly in the back (we hear crunching, the man moans and the woman screams), and the gunman stabs the woman repeatedly in the back too; he then rolls her over and stabs her in the abdomen and chest (we see blood on her dress, she writhes and screams and we hear crunching with every blow).
► A man and a woman are shot while sitting in a car (blood spurts and sprays on the windshield), the woman is shot repeatedly (we see her twitching and the shooter shoots her several more times), and the man is shot once in the head and then in the knee (he survives and she dies).
► A man is shot in the back of the head (blood and matter spurt and spray on the inside of the car and we see the man slumped over later). We see a photo of a dead woman on the ground (blood covers her clothing, she lies in a pool of blood and we hear that she was stabbed).
► A man tells a woman he's picked up on the side of the road that before he kills her, he is going to throw her baby out the window.
► A man follows another man into a dark basement room, and the young man is frightened and runs away. A man and a woman are frightened by a car that parks next to them. A firecracker is thrown at a car and it explodes, startling the people inside.
► We hear several people claiming responsibility for murders, and they describe how they would kill (one says, "I cut off the hands of every victim," and one guesses at the weapon used). We hear a scream on a telephone while a man talks. We see a man with blood stained hands. We hear that a woman jumped out of a moving car, she had blood on her hands, and she was in a panic over keeping her baby safe.
► An anonymous letter threatens that children on a school bus will be killed. An anonymous letter describes the details of a murder and threatens that 12 people will be killed if certain demands are not met.
► A man stumbles to his desk in a drunken stupor.

MESSAGE - Some crimes go unsolved but can still consume those trying to break it. 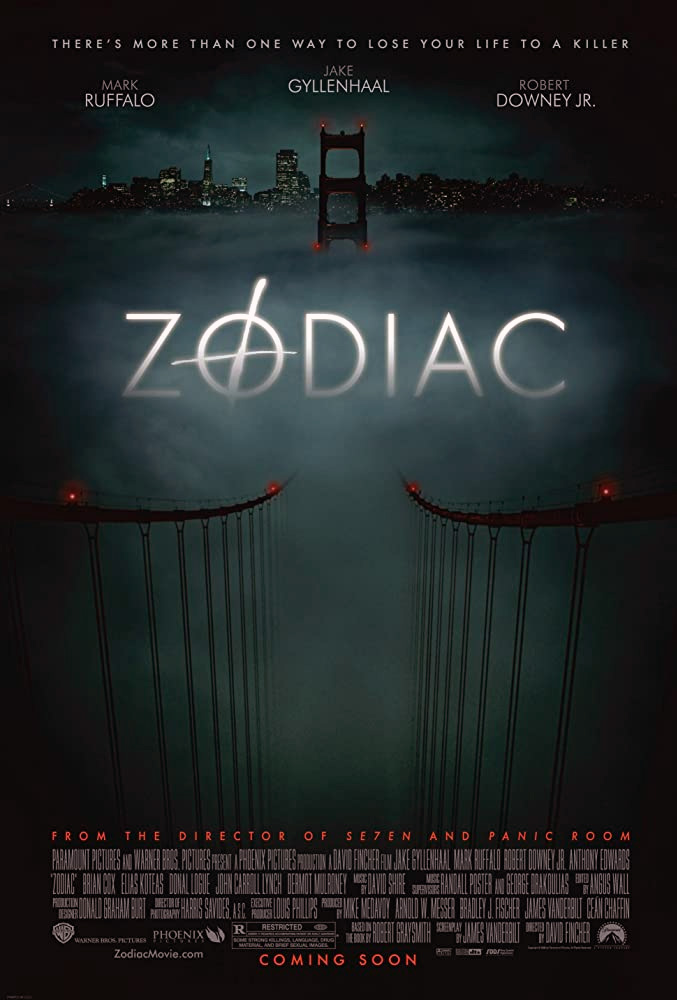