Why is “The Way Back” rated R? The MPAA rating has been assigned for “language throughout including some sexual references.” The Kids-In-Mind.com evaluation includes suggestive remarks and flirting and skimpy cheerleading outfits, a drunk driving accident, a man attacks another man leaving him with bloody facial wounds, many arguing scenes, discussions of the death of a child, a scene of young children with cancer undergoing treatments, several scenes of a man drinking to excess and discussions of alcoholism, and over 50 F-words and other strong language. Read our parents’ guide below for details on sexual content, violence & strong language.” A man (Ben Affleck) that’s estranged from his wife (Janina Zione Gavankar) struggles with sadness and addiction as he returns to his old high school to become the coach of a ragtag basketball team desperate for help, on and off the court. Also with Al Madrigal, Michaela Watkins and Glynn Turman. Directed by Gavin O’Connor. [Running Time: 1:48]

The Way Back SEX/NUDITY 2

– A man and a woman hug briefly. A teen boy stands close to different teen girls in three scenes, flirting in a hallway in school; the girls sit together and laugh as he later sprints for punishment in the gym. A teen boy taunts another teen boy, saying he is having sex with the second boy’s sister (no sex is shown); the bully makes a hand gesture of masturbating a woman twice and calls out “ham and cheese” (a sexually suggestive comment).
► A woman tells her estranged husband that she is dating someone else and later he sarcastically says that she is having sex with a rich guy (using crude terms) and she leaves angrily.
► Several cheerleaders wearing short skirts jump and kick in several scenes (we see bare legs to the underwear). A close-up of a high kicker reveals the crotch area in underwear and thighs. Three teen girls wear short shorts and T-shirts tied up to reveal bare abdomens. Two scenes feature a few teen girls wearing short shorts. Four shower scenes reveal part of a man’s upper chest; we see a large tattoo on his shoulders and tattoo designs on both arms.

The Way Back VIOLENCE/GORE 3

– A man and a woman kiss as the man drives drunk in his car until he hits the rear end of a parked boat and the woman screams, jumps out of the car and the man speeds away; the man then walks back to the woman’s house, enters and we see him from the waist up as he reaches into his trouser waistband and we hear urination until another man enters the room with a club in his hand, grabs him, and pushes him out the door and down a long flight of steps (we see him with cuts and blood on his face) and the next scene shows the man in a hospital bed with a bandage on a cut on his forehead. A teen boy pushes another teen boy and a third teen boy falls on the court, followed by a short fistfight broken up by referees. A man slams a beer can angrily. A man slams door keys on a desktop angrily.
► We hear that a father died, an older woman has MS, another man had a heart attack, a mother died recently, and a nine-year-old boy died of brain tumors after having 30 rounds of radiation, and screaming during them all. In a children’s cancer clinic, a bald young boy crosses the screen in a wheelchair and a bald boy lies asleep in a bed; obscured by a screen is another young boy in bed and his mother, standing nearby, begins screaming and crying loudly. A man and a woman tearfully lay flowers on the grave of a dead boy. At a picnic, we see a boy wearing an oxygen clip on his nose while an IV bag hangs behind him.
► In another game scene, a young boy stares in shock as he hears a coach curse a referee for several seconds. Several basketball game scenes feature screaming fans, some shaking their fists, along with coaches shouting and cursing at the referees. At a practice session, a player makes pistol gestures with both hands. A basketball player curses, slams a duffel to the floor and hits a door with his hand as he leaves a practice. Two men argue, a man and a woman argue briefly twice, a man argues with a priest, and a man argues with a referee at a ball game. A man and a teen boy argue twice. A man shouts and curses at a team of high school basketball players in one scene. A man becomes tearful when he tells a psychiatrist about the death of his young son.
► A pier scene shows several men unloading dead fish for market.

The Way Back LANGUAGE 10

The Way Back SUBSTANCE USE

– A man is an alcoholic and we see him drinking in many scenes, four scenes show a man drinking from a beer can in his shower, a man drinks from beer cans at work in construction, a man drinks in his car while driving and in a school office, a man fills his coffee tumbler with vodka three times and drinks on the job as well as in his car and in a school, a man chugs from a vodka bottle in his car, a man in a liquor store packed with full shelves of multiple kinds of liquor buys a large case of beer and several bottles of liquor, a man places beer on a refrigerator shelf and transfers can after can to the freezer but drinks them so fast the beer never freezes (he drinks them all in one night) and we see him stumbling and mumbling to himself, a man goes to a bar every night and becomes drunk and stumbles needing help up a long flight of stairs to his apartment each night, a man in close-up chugs a whole pint glass of beer, several scenes of a neighborhood bar show a man or two men and a woman sipping beer at the bar and a man or two sipping from beer glasses in the background, a woman buys a man two shots of dark liquor that he drinks and they later get into a hit-and-run accident (please see the Violence/Gore category for more details), a woman pours a glass of wine and does not drink it in two scenes, and a coach is confronted for his alcoholism when he shows up to a practice session late and smelling of alcohol (he is fired and leaves angrily). A man smokes a cigarette as he drinks a can of beer in three scenes, a woman smokes a cigarette briefly and a man smokes from the same cigarette (the man says that he used drugs in earlier life, but this cigarette looks like a regular one).

The Way Back DISCUSSION TOPICS

The Way Back MESSAGE

– Alcoholics can gain control of their lives when they receive professional help and find a purpose for their life. 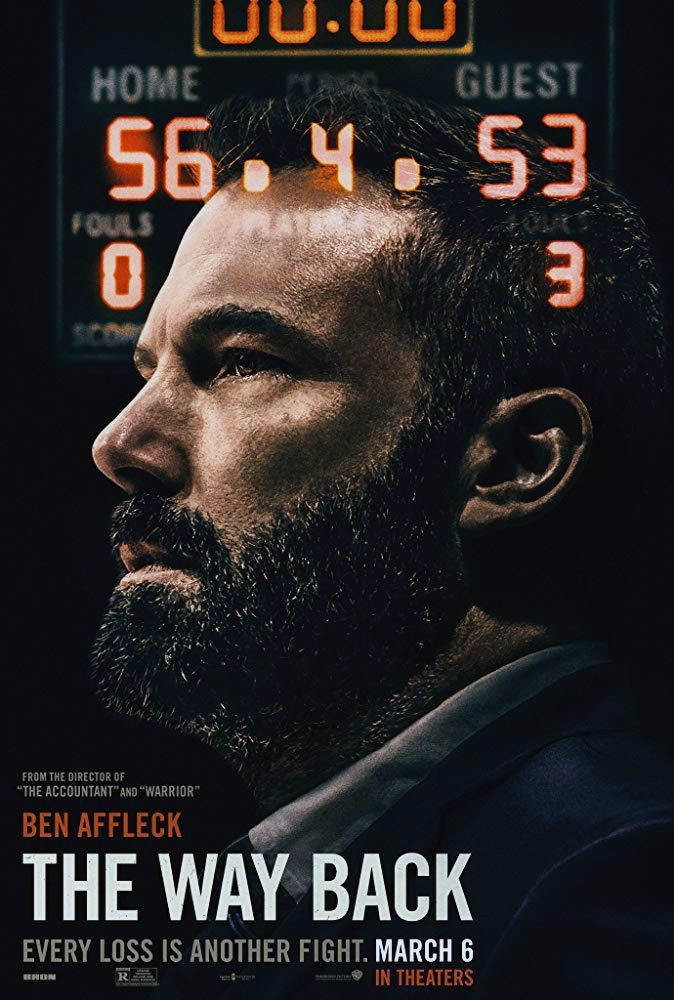