It is the 1980s in an alternate universe where Richard Nixon is in his third presidential term, the world is dangerously close to nuclear destruction and costumed superheroes have been banned by the government. When two of the retired crimefighters begin to investigate the murder of one of their own, they realize there is a conspiracy with worldwide implications. An adaptation of Alan Moore's comic book series. With Malin Akerman, Billy Crudup, Matthew Goode, Jackie Earle Haley, Jeffrey Dean Morgan, Patrick Wilson, Carla Gugino, Matt Frewer, Stephen McHattie, Laura Mennell, Niall Matter and Rob LaBelle. Directed by Zack Snyder. [2:43]

SEX/NUDITY 9 - In almost all of the scenes that show the blue and glowing Dr. Manhattan he is fully nude and we clearly see his penis, bare chest, abdomen, back and buttocks.
► A man and a woman have sex: they remove each other's clothes, she thrusts while straddling him (we see her bare breasts, hips abdomen and side of her buttocks and his bare chest and legs), and the man then thrusts in a different position and they both moan and climax. A man and a woman have sex: we see his bare back as he thrusts briefly and the scene ends.
► A woman undresses, unfastens her garter belt (we see her in a bustier that reveals cleavage), a man enters the room, she is upset, the man kisses her bare shoulder, she pushes him away, punches him in the face, and he punches her in the stomach, kicks her and punches her again (we see blood on her face); he then forces her to lean over a pool table and unfastens his pants preparing to rape her but is interrupted.
► A man and a woman kiss, she straddles him and begins removing his shirt, they lie back on a sofa, she raises her skirt (her bare thighs are visible) and they stop. A fully nude man and a fully nude woman hug and kiss (we see bare buttocks, backs, breasts, and his genitals are seen from the side).
► A woman moans and writhes while lying on a bed, we see a man's hands caressing her, and then two more hands are shown (the man is capable of duplicating himself), she continues to moan and kisses his fingers; when she realizes that the man is duplicating himself and there is more than one of him in the room at the same time, she becomes upset, and he makes a comment about not knowing how to arouse her anymore.
► A prostitute pulls down her top to reveal her bare breasts to a man passing on the street (we see her breasts); he does not accept the invitation. There are several scenes that show a woman in skimpy undergarments (bra, panties, garter and stockings), kissing men in her apartment and it is implied that she is having sex with them for money. We see two dead women in undergarments lying next to each other on a bed (it is implied that they were lovers).
► We see a pornographic comic book that depicts a woman with her legs lifted and spread apart and we see a rendering of her vagina. We see a pornographic magazine on a coffee table: initially the magazine is partially covered and nothing is visible, but we later see that a man and a woman are kissing on the cover.
► A man watches a TV commercial with suggestive images -- a man in a swimsuit walks toward a woman who's reclined on the deck of a swimming pool. We see women wearing skimpy clothing and skintight outfits that reveal cleavage and bare thighs in several scenes. A woman wears a low-cut dress that reveals cleavage, bare shoulders and back. A woman wears a low-cut sweater in several scenes. A man holds a bra in his hand and looks at it (as if he's studying it).
► A woman kisses another woman passionately. A man and a woman kiss in a few scenes.
► Two young men tease a boy about his mother and make crude sexual remarks. A reference is made to "child pornography." A woman makes a comment about the "tight, latex costume" she used to wear and a man remembers it fondly. A marquee on an adult theater reads "Totally Nude Girls" and "XXX." 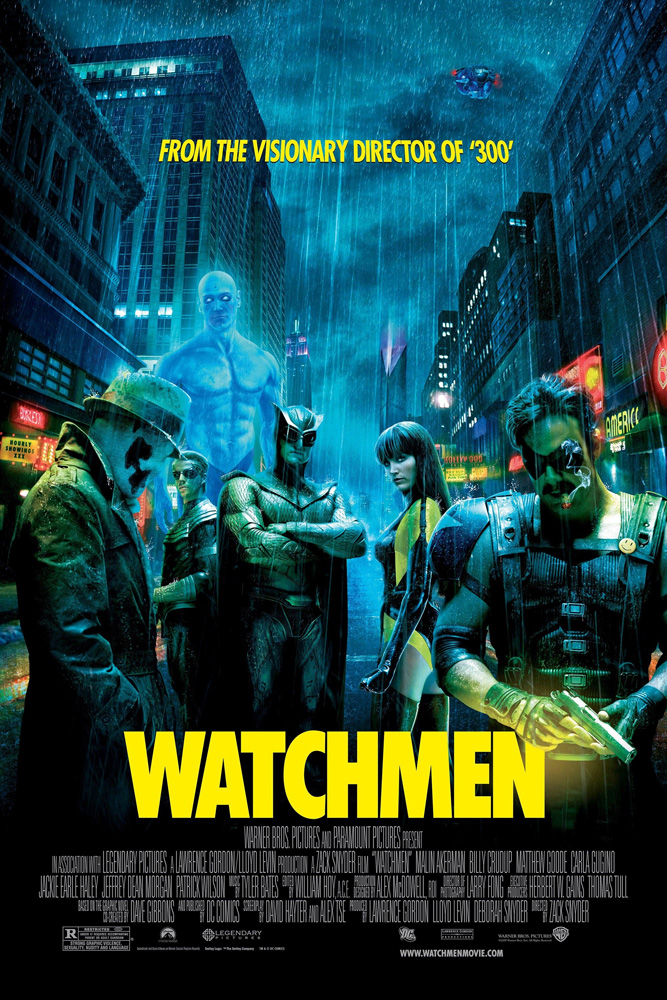