VIOLENCE/GORE 10 - A person is slashed several times by a knife, resulting in a lot of blood; we see the knife slowly being pulled out of the bloody wound. Someone is put into a ice-filled bathtub and we see that the person's kidney has been removed (a big bloody gash is visible); a person removes the other kidney and tosses it out the window and a dog eats it. A person is chased and then cut with an ice pick; we hear slashing, crying and choking sounds, then see the dead, bloody body on a table. A person pulls apart another's open wound, then severs the person by slamming a window on what's left of the body (after it has been cut and pulled apart). Two people are hit over the head with a pick axe (causing bloody wounds) and then electrocuted; they die and we see their charred and bloody faces. A person is grabbed by the hair and then hung (we see the body hanging from the ceiling); also, we see a mannequin hanging in a noose. A person is beaten to death with a zoom lens; we see lots of blood on the person's face. Some people are shot in the chest, back and stomach (one person is shot repeatedly); twice we see the bloody bullet wounds. A stage light drops on a person's head and cuts it, resulting in blood all over the person's face (we later realize the scene was played for laughs). A person is grabbed by the neck and threatened with a gun. Some talk of a person who committed suicide with a gunshot to the head. A person is hit by a shovel, a person is hit over the head with a chair, a person is punched in the face, a person is kicked in the gut. A long, suspenseful chase scene and a few jump scenes. A bloody white dog has been hanged and slashed in the midsection (we later see the dog was stuffed and made to look real). We see many bloody, dismembered plastic babies made to look real; a knife slices across one baby's bloody throat. We see several bloody faces, bones and skulls at an amusement park ride; two dead, blood-covered bodies (obviously slain with a knife); and rats crawling all over bloody corpses. A corpse falls from a ceiling and scares two people. A woman puts her hands into a bunch of body parts, unaware of what she's touching. Many camera shots of a bloody knife and several shots of bloody hands; also, we see blood on walls, mirrors, doors, and the ground.

LANGUAGE 8 - About 20 F-words, several anatomical and scatological references, many mild obscenities, some religious obscenities, and a few insults.

MESSAGE - Truth can turn out to be stranger than fiction. 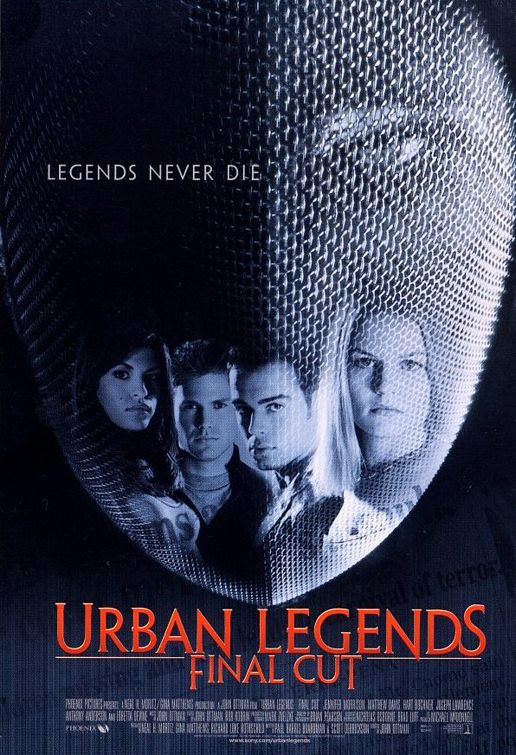