Two teenagers living in separate universes find themselves in love, and after ten years apart, the young man (Jim Sturgess) does everything he can to be reunited with his love (Kirsten Dunst). Also with Timothy Spall. Directed by Juan Solanas. [1:40]

VIOLENCE/GORE 4 - We hear gunshots and dogs barking as we see hunters go through a forest; one hunter shoots a young man in the arm as he tries to lower a young woman, by rope, to a ledge and the young woman collapses on the ground as the young man clutches his arm in pain.
► Police shoot at a young man and a young woman as we see them caught in a "limbo" between two parallel worlds and they narrowly avoid the bullets as they leap between the two worlds; a bullet hits the rope ladder they are standing on and they hold onto each other until the young woman has to let go of the young man and he falls through the atmosphere -- we see the young woman escorted away by police officers and the young man recovering from his fall, which was broken by landing in a large tree.
► A man is seen grabbing a young man from the street and pulling him into a car where we hear a voice threatening him; the young man is then thrown out of the car, the car drives away rapidly and the young man struggles to walk. A man's voiceover explains that a universe was a duplicate of another universe, but was very dangerous and as we hear the voiceover, we see a boy and a man approach a dead body on the street (no blood is visible); a police officer approaches and the man and the boy run away, chased by two police officers. A young man races away as an alarm sounds. Alarms sound in a building, and we see a security guard point at a young man as the young man runs away; a police officer with his gun drawn chases him along city streets and the young man is not discovered. A young woman tells a young man that her neighbors were robbed, and that there were police officers and hunters with guns surrounding the young woman's house, but she was unharmed.
► Several police officers swarm a building as a young man runs away unharmed, by leaping off the building to a mid-air trolley that connects one universe to another, parallel upside-down universe. A young man runs through the streets and we see that his shoes are on fire; the young man leaps into water to put the flames out and we see him fly from one ocean to a parallel ocean upside down.
► A man watches the news and we hear a reporter announce that three men had been hanged after they were convicted of theft. A man shouts at a young man, warning him that he is going to "Get himself killed" and the young man shouts back at the man, saying that he understands that his family had been killed because of universal shift. A man throws a bag at a young man's chest, then warns the young man that he is either going to be "caught or shot" and then shouts at the young man, saying that he will have the police called on him. A woman tells a support group that she had an "accident" as a teenager and cannot remember anything prior to her accident; we later hear a woman explain to a young man that the young woman has amnesia after an accident. A man's voiceover explains that his parents had died when he was a child, during a massive explosion in an oil field. A teen girl playfully warns a teen boy, "Don't drop me" as he pulls a rope with her on it between two parallel universes.
► We see two police officers dragging a woman from a burning house and a young man (the woman's nephew) screams and fights with two police officers that place him in the back seat of a police car.
► We see a young man pouring water onto his chest, to cool a hot piece of metal touching his skin, and we later see the young man having salve rubbed onto a burn mark on his torso. A young man drops down from high scaffolding, and then stands up, unharmed. A young woman is upset when a young man touches her hand, she pulls her hand away and storms away until the young man tries to calm her and she calms down.
► A young man urinates in a bathroom and we see the urine pooling upward toward the ceiling; the stream moves toward an alarm, hits a fixture and we hear the alarm sound.
► A man mixes a mysterious fluid together with water from a fishbowl and we see the fish swimming around in the mysterious fluid. A young man smears lotion on a dog's face and we see the wrinkles that were originally on the dog's face disappear.

SUBSTANCE USE - A young man and a young woman drink cocktails with lunch. A man asks a young man to join him for a smoke and we see the man smoking a cigar but the young man turns it down. 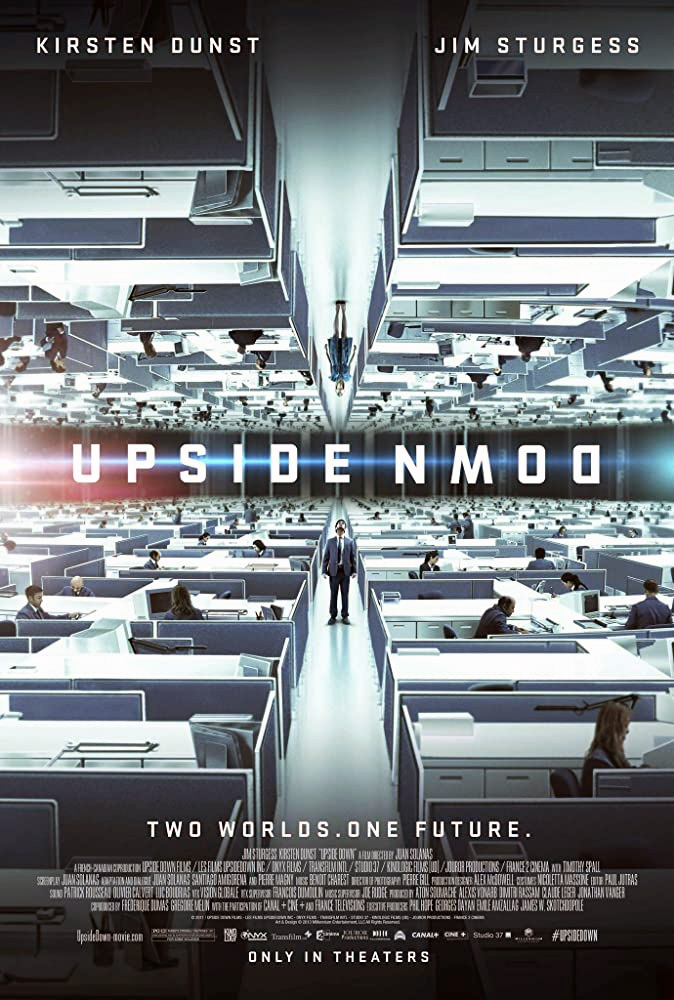