Based on a true WWII story: A famous Olympic runner (Jack O'Connell) serving in the Army Air Force is stranded with two of his crew (Domhnall Gleeson and Finn Wittrock) after crashing in the Pacific Ocean. They survive in open water for two months before being captured and tortured by Japanese troops. Also with Garrett Hedlund, John Magaro, Alex Russell and Miyavi. Directed by Angelina Jolie. Several lines of dialogue are in Italian and Japanese with English subtitles; a few phrases are not translated. [2:17]

SEX/NUDITY 3 - Small Vargas pinup-girl cartoons line an airplane gun turret on one wall; we see small figures wearing negligees, revealing some cleavage. A man stares briefly at a Japanese woman wearing a long dress, hat and heels as she walks away; we see her posterior wiggle slightly. A teen boy sits under bleachers at a track meet and looks up at the bare lower legs of girls, smiling. In a POW scene, we see full back nudity of two emaciated men; we see the bones of the ribcages pressing against the flesh. The camera cuts to a long shot of the front and above the two men kneeling on wooden boards and they appear to be wearing flesh-colored Speedo-type underwear. One scene features shirtless soldiers. A dozen track scenes feature high school males wearing sleeveless shirts and mid-thigh shorts (we see shoulders, arms and legs to the thighs).
► A teen boy stares at an older girl until she smiles at him; he smiles back at her. American men perform "Cinderella" as a play for Japanese staff in a prison camp; the Americans wear wigs made of mop heads, shirts stuffed with material to look like large bosoms and they speak in falsetto voices as the Japanese nod and laugh; they wear something on their faces to look white, like Kabuki players, and their lips are bright red.

SUBSTANCE USE - A middle school or early high school teen takes a puff each time from a cigarette as he drinks alcohol from a pint milk bottle behind a building in one scene and under bleachers in another scene (please see the Violence/Gore category for more details), an aviator in a warplane says that after a mission "drinks are on me," a man sits with a glass of beer in a restaurant (he does not drink from it), and a short glass of unidentified liquid sits beside a man on a porch (he does not drink from it). A man smokes two small cigars in an airplane cockpit, soldiers smoke a few cigarettes outdoors, a jeep driver smokes a cigarette as he drives, and POWs smoke many cigarettes dropped from a plane at their labor camp.

MESSAGE - An unbreakable attitude can help one survive almost anything. 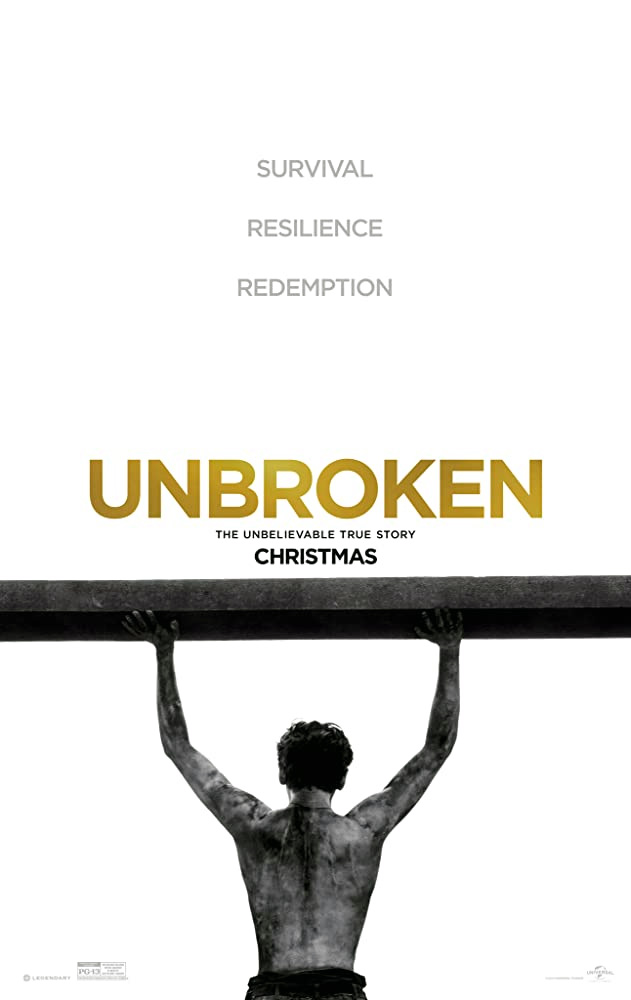