Comedy about the games men and women play: Vivica A. Fox stars as a self-assured woman who advises her friends on men and how to keep them in line. Then she discovers that her own boyfriend (Morris Chestnut) is cheating and decides to implement a 10-day plan to win him back -- until he finds out and decides to play a game of his own. Also with Anthony Anderson, Tamala Jones and Gabrielle Union. [1:30]

SEX/NUDITY 7 - A man and woman kiss a few times; they kiss passionately and caress each other while standing up and he kisses her neck and they moan. A woman pushes a man back on a couch and kisses him passionately; they caress each other and kiss some more and then she stops and leaves. A man tries to touch and kiss a woman, but he's rebuffed. There are many sexual references: discussions of what may be considered stereotypical male behavior (lack of commitment, etc.) and references to having sex and wanting sex. Women talk about masturbation and abstinence (as punishment), women talk about a man's "sex cycle," a woman drops a condom out of her purse, women discuss keeping their men from wandering by taking care of their sexual needs, and women talk about the sexual prowess of their men. A couple discusses sleeping with other people. A group of men describe a woman hugging a man with a sexual context, a group of men talk about people who attend church being more sexually expressive, a man describes having seduced his girlfriend, a man refers to a woman trying to "rape" him by dancing sensually and touching him, a man talks about a woman dancing suggestively and a man makes a sexual gesture with his tongue. Women are seen throughout the movie in low-cut and tight-fitting outfits which expose cleavage, bare backs, covered buttocks and legs to mid-thigh. Four women dance suggestively thrusting their hips, and there are a few other scenes of men dancing with women suggestively; they caress each other and thrust their hips (one woman works her way down a man's chest to the waist and tries to touch his crotch and buttocks). A man and woman kiss and dance romantically. A woman in a bubble bath exposes some of her thigh and shoulders. There are a few kisses on the cheek, and a woman hugs a man suggestively and kisses him on the cheek. A man in an open vest exposes his bare chest and plays with his nipple ring. Several men are shown admiring women's bodies and some make suggestive noises.

VIOLENCE/GORE 3 - A woman imagines punching another woman in the face and knocking her out. A woman yells abusively at, and hits a man while confronting him about cheating on her: slaps across the face and on the leg as he lies on the floor, and a smack on the arm with her purse. A woman throws a plate at a wall, we hear things breaking in another room and she breaks a lamp with a baseball bat.

MESSAGE - There are no rules when it comes to love. Keep it real. 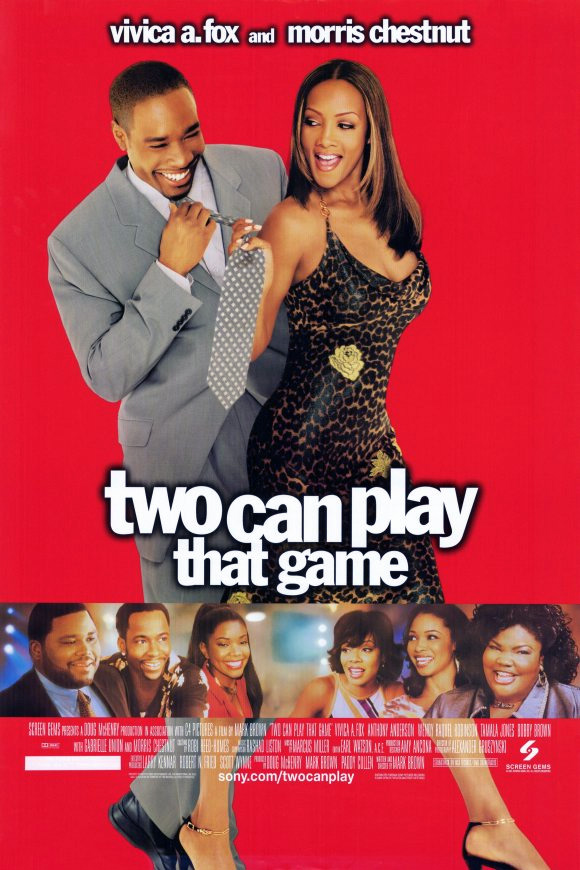