Will Jennings (Stuart Townsend) is an anesthesiologist and his wife Karen (Charlize Theron) a successful textile-designer. When their 6-year-old daughter is abducted by Joe (Kevin Bacon) and Cheryl Hickey (Courtney Love) they have 24-hours to pay the $250,000 ransom or find her. However, the abductors' motivation may not be just the money. Also with Pruitt Taylor Vince. [1:49]

SEX/NUDITY 5 - The following incidents occur when a woman goes along with the wishes of her daughter's kidnapper, in order to save her child: A man forcibly kisses a woman; a man kisses a woman again, he caresses her and tries to take off her dress, he reaches his hand under her camisole and touches her breast and kisses her stomach; a woman pushes a man back onto a bed, unbuttons his pants and removes them (we see his bare legs), she begins to kiss his bare chest and down to his abdomen as he reacts with pleasure; a man touches a woman's bare leg and she recoils; and a man lies on top of a woman on a bed. A woman tries to seduce a married man and kisses his neck. A man takes off his shirt and we see him bare-chested. A woman lies on a bed in a short dress and stockings; we see the stocking tops and her bare upper thighs. A woman sits in a bathtub -- she's covered with bubbles. A man asks how a woman would show gratitude toward him -- it's insinuated that he's asking her for sex. A woman's dress falls open when she is shoved to the floor and we see her bra and panties, and a woman takes off her robe and we see her bra and panties. A man asks how all women "know how to be a hooker." A married woman pretends to be having an affair. Women wear outfits that reveal cleavage, and a man and a woman kiss a few times.

VIOLENCE/GORE 6 - A man is shot in the chest twice (we see bloody holes in his shirt). A woman cuts a man's leg with a scalpel when he kicks her (we see blood on his hand and dripping down his leg, and then some dried blood after a woman has apparently stitched up his wound). A man shoots another man in the leg. A woman hits a man in the head with a tire iron. A woman puts a gun on a man's chest, he injects her with a paralyzing drug, she goes limp and then the man injects her in the neck with the antidote. A woman threatens a man by holding a scalpel to his private parts and saying, "I will castrate you." A man puts a handkerchief over a little girl's face, she kicks and struggles and then falls unconscious. A man chases a little girl who is trying to escape, he catches her and she screams while her mother listens on a phone. A man punches a woman in the face, shoves her to the floor and we see a badly bruised abdomen when her dress falls open. A man punches a woman in the face and shoves her in the trunk of a car. A man hits a woman in the head with a phone while her husband listens to her yell on the other end of the phone. A little girl is dragged away from her mother, they both scream, a man grabs the woman by the hair, shoves her into a car, holds a gun on her and slams her into the side car window (it does not break). A man lands his plane on a highway causing many cars and trucks to crash into each other; a truck crashes into the plane and they both explode. A woman causes a man to drive his car off the road by grabbing the steering wheel, and eventually the car goes off the road, into a ditch and flips over. A woman falls out of the trunk of a car and we see that she has a bloody nose. A man begins to put his hands around a little girl's throat (he intends to strangle her). A woman threatens a man with a gun, he slams a door on the gun, and it fires -- nobody is hit. A man holds a woman by the throat and she coughs and struggles. A woman holds a gun on a man. A woman yells and swings at a man and he covers her mouth with his hand, and a man shoves a woman around. A man yells at a little girl when she begins to cry. A man remarks to a woman that he enjoyed, "our little party" and it can be inferred that he refers to a rape. A woman panics and runs through her house trying to find her child who has been kidnapped, and a little girl screams when she sees a plane engulfed in flames. A man turns off a plane's engines a couple of times causing the plane to plummet -- toward water once, and trees another time. A woman asks if a man has killed her child. A young girl has an asthma attack, and repeatedly asks for help as she gasps for air. A man talks about a little girl who is "in heaven" and a little girl says her cat is there too. A woman hides a scalpel in her panties. There is a discussion about the brain dying after three-and-a-half minutes without oxygen. A man talks about a little girl having nearly died. There are references to spousal abuse.

MESSAGE - Sometimes it's better not to follow the rules. Revenge doesn't always work out the way you expect. 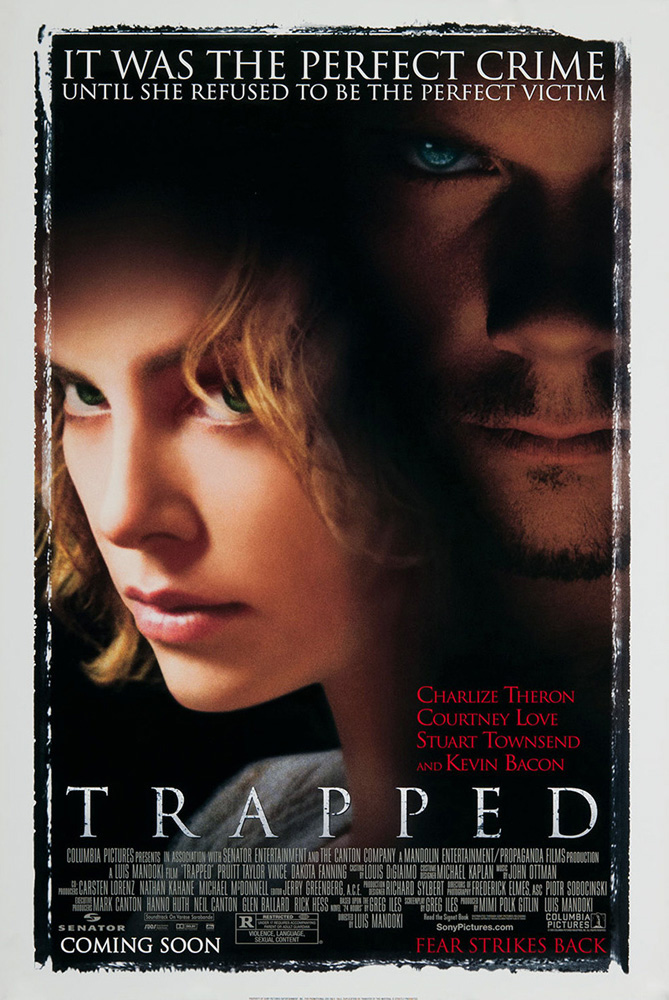