VIOLENCE/GORE 9 - We see a bullet tearing through someone from the inside. There are many bloody scenes: A man is shot and his head flies off and his neck spurts blood. A man is shot leaving blood on his mouth and neck. Men in a truck are shot through the windshield. A woman is shot in the head with blood spurting and a baby is crushed by debris. A mother and baby are imagined in exploding debris. We see bloody hands in five scenes. There are bloody cuts, bandages and bruises on faces seen in many scenes. A man has a bloody face and bloody stripes down his shirt. Blood splatters a man's face as another man is shot in the head (more blood spurts from his head). A woman lies in puddle of blood around her head and there is blood on a man's torso. A man is shot in the arm, there's blood on a man's ear, a very bloody neck and collarbone, and in a few scenes people have bloody clothes. A needle punctures a man's chest in close-up with squishy sounds. A cow explodes into bloody chunks splattering men's faces, clothing and a windshield. A man is tied to a table with a bloody stick in his mouth, a bloody collar and bloody instruments on the table. We see a bloody face with a swollen, disfigured eye. A man is garroted and kicked in head, and a man is shocked with electricity and shakes during torture. Men are shot many times and killed in several scenes. A couple of decayed corpses are seen, and bird carcasses and dying birds covered in oil are seen. There are fistfights with kicking, punching and once threatening with a knife. A man is hit in the head with a gun. A man has a black eye and is tackled to the ground in two scenes, and a man is hit twice in the face with a clipboard. A man nearly suffocates, and people are hit with sticks. A helicopter shoots and kills some people then explodes. There are many scenes with people being threatened by guns, many scuffles and many explosions usually very loud, and with people running away and falling down. Gas mortars explode over people as they choke. Men shoot at airborne footballs which explode. Buildings and vehicles crash and explode in many scenes sometimes injuring people. A man vomits and a man is thrown from a moving truck.

MESSAGE - We should have helped the Iraqi people during the Gulf War instead of abandoning them to Saddam Hussein. 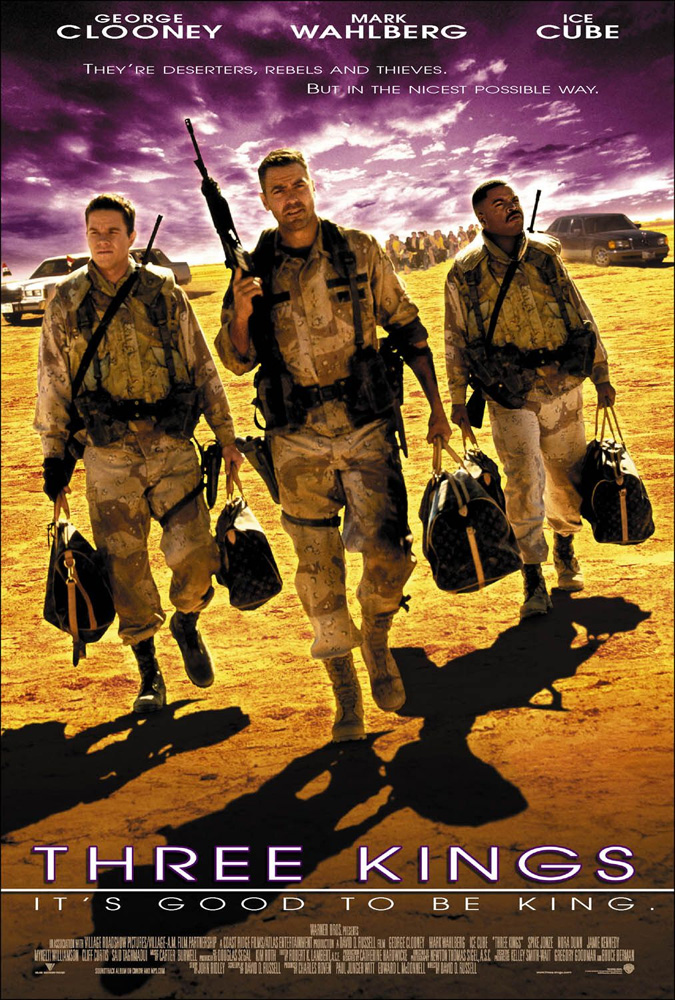