Two incompetent criminals (Danny McBride and Nick Swardson) kidnap a pizza delivery guy (Jesse Eisenberg), strap a bomb to his chest, and threaten that if he doesn't rob a bank they will detonate the bomb. Their criminal hijinks eventually get out of control. Also with Aziz Ansari, Dilshad Vadsaria, Michael Pena and Fred Ward. Directed by Ruben Fleischer. [1:23]

SEX/NUDITY 7 - A man receives a suggestive lap dance from a woman in an exotic dance club: the woman is initially clothed, then removes her shirt, rubs her bare breasts suggestively, grinds on the man's lap, straddling him, and hovers her head near the man's crotch as he makes a crude sexual reference to her performing oral sex; the man then places his hands over the woman's hands on her bare breasts (we see her bare breasts and back).
► We see a woman's bare breasts as she dances on stage in an exotic dance club, in front of a crowd of men.
► We hear a man zip his pants and see a woman's head appear near his crotch (they are sitting in a car and the dashboard is obscuring anything below his waist); she wipes her mouth and appears to pull an unseen pubic hair out of her mouth.
► A woman kisses a man, and we see the woman's tongue go into the man's mouth; another man watches and later teases the first man about receiving oral sex and then being kissed with "himself" in the woman's mouth.
► A man and a woman kiss passionately, the woman makes a sexually suggestive remark and we see her bend over as the man admires her backside (she is fully clothed but wearing very tight pants). A man and a woman kiss as the woman's brother watches and makes disgusted noises. A woman and a man share a lingering hug.
► Two men discuss having sex with women on multiple occasions: A man tells another man that he had sex with the man's sister, the man acts disgusted and says that it would be similar to the man having sex with him because he and his sister are twins; a man tells another man that he is not allowed to have sex with the man's sister; a man asks another man how many times the man has had sex with his sister; and a man tells another man that he had sex with a woman, and the man responds, saying he also had sex with the man's sister. On multiple occasions we hear a discussion about a man telling people that his mother was having sex with a lifeguard, which resulted in the man's parents divorcing. A man tells another man that he is going to make a video of himself having sex with a woman; he describes the sexual positions using crude terms, including that he would allow "boys from the neighborhood" to sexually relieve themselves on the woman's face and that he is planning on blackmailing the woman with the video. A man tells a woman that he regrets having sex with her and that he had told the woman's twin brother that they had sex. We overhear a conversation where a man tells a woman that he does not want to hear the woman's "stories about how her uncle touched her," implying molestation; we do not hear the "stories." A woman tells a man that as a teenager she had allowed a teenage boy to manually stimulate her while she had her clothing on. A man tells a woman's adult brother, using crude language, that the woman had a sexual experience as a teenager. Two men use crude language to describe various sexual positions that would be available with prostitutes. A man asks another man if he will be performing oral sex on men and the man says that prostitutes will be performing oral sex. A man tells another man that he is planning on running a prostitution ring. During a phone conversation, a man crudely tells another man that a man had wanted oral sex. We hear one side of a phone conversation as a man leaves a voicemail for a woman crudely discussing how a woman will perform oral sex on him and he will perform oral sex on her. A man makes crude sexual remarks about his adult son being in a sexual relationship with another man. A man makes a crude sexual remark about a man being sexually attracted to another man. A female cashier asks two men if they would like to purchase condoms because the items they are buying are like a "rape kit" and the two men deny being rapists. A man tells another man that a password is his favorite sexual position. On multiple occasions we hear two men saying, "that's what she said" in reference to pseudo-sexual phrases, including a man explaining to another man that the phrase is said in reference to something sexual.
► A man makes crude sexual gestures next to a male character in a movie on a projection screen. A man wears a pair of overalls with no shirt and we see a portion of his bare chest.

MESSAGE - Good friends are hard to find. You can determine your true friends by those who stand with you in times of trouble. 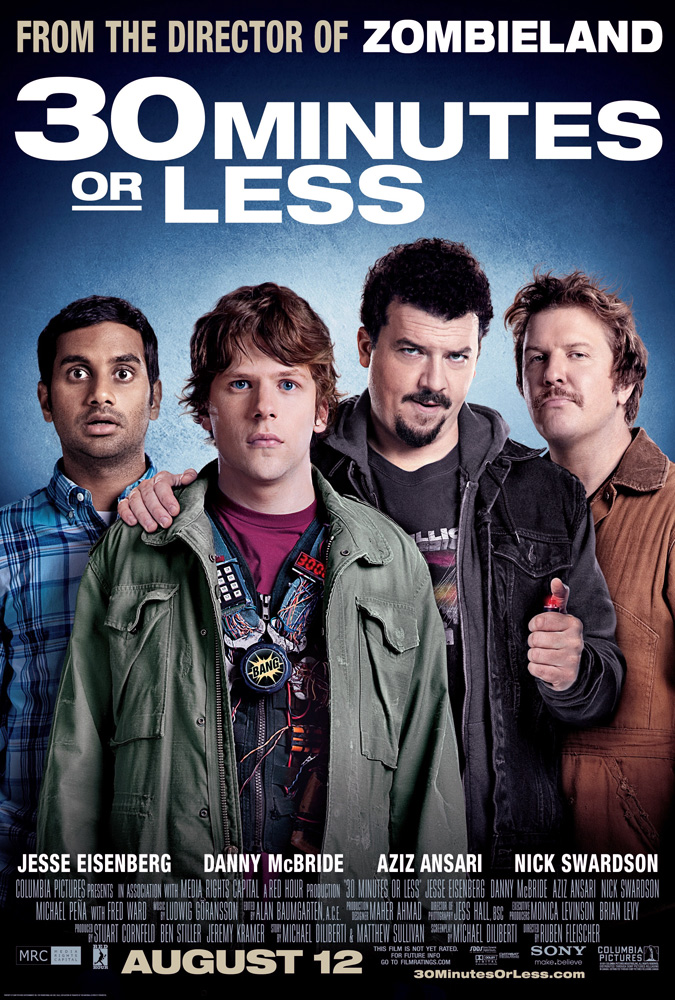