Disaster movie postulating that an ancient Mayan prediction about the world coming to an end in 2012, will come true even earlier. As humanity struggles to survive the global cataclysm, a single dad (John Cusack) finds himself in a unique situation, which might allow him to save his family. Also with Amanda Peet, Oliver Platt, Danny Glover and Woody Harrelson. Directed by Roland Emmerich. [2:38]

SEX/NUDITY 3 - A man and a woman embrace and kiss passionately. A man is embraced by a woman and she kisses him passionately. A man embraces a woman and kisses her.
► A man embraces a woman from behind, whispers in her ear that he wants to "make a baby" with her, the woman giggles and says no, and the man responds that women pay him "thousands of dollars just to touch them" (referring to his being a plastic surgeon). A man walks up behind a woman and places his hands around the woman's torso, pulling her close to him.
► In a party setting, women are seen wearing shoulder-exposing dresses and form-fitting, cleavage exposing dresses. A woman wears a short, form-fitting dress, which exposes her entire back. Two men are seen bare-chested while boxing. Two women are seen wearing bikini-style tops and short shorts as they model. A woman holds a bustier over her clothed chest, modeling it for a small dog. A small portion of a woman's stomach is visible when she is seen wearing a mid-drift exposing shirt. We see a small portion of a man's bare upper buttocks when he bends over and his pants sag slightly.
► A man looks a woman up and down and smiles without the woman noticing. An older man tips his hat to a small group of older women, winks at one of them, after looking her up and down, and the women giggle and wave at him. A woman looks at another woman's chest, then to her own, and remarks that the other woman had her chest surgically augmented.
► In a party-like setting, a few couples are seen slow-dancing. A man and a woman are seen lying in bed together, fully clothed (the woman is wearing a form-fitting tank top) and not touching.
► A man jokes to another man that he saw him make eyes at a woman and that he should act on his desires. A woman tells a man that she had been unfaithful to her boyfriend, that she did it because he was "less of a man," and that he had insisted that she get breast implants, which she did not want or like. A man tells a boy and a girl that he is going to take them to "the spot" where he and a woman used to go; the boy remarks that he does not want to know where the woman and the man had sex. A man jokes that he had gone through high school without a girlfriend. A man tells a woman that he had attempted to take a boy and girl to "their spot" but was unable to find it. A man comments to another man that the man's wife gets "more and more beautiful."

SUBSTANCE USE - A man watches an animation depicting a sun smoking what appears to be a marijuana cigarette.
► People hold drinks in their hands in a party setting, a man quickly drinks an alcoholic drink, a man offers another man a drink and they both open cans of beer and drink, a man drinks from a beer can, a man takes a beer can from another man and drinks it, a server carries an alcoholic drink on a tray, people are seen drinking alcohol in a bar, a man hands another man a drink, a man orders a drink from a server who hesitates to serve him when he hears that the man had been sober for 25 years, a man acts inebriated and with obviously impaired judgment, and a man takes a swig of an alcoholic drink.

MESSAGE - Some humans won't give up even when the end of the planet is imminent. 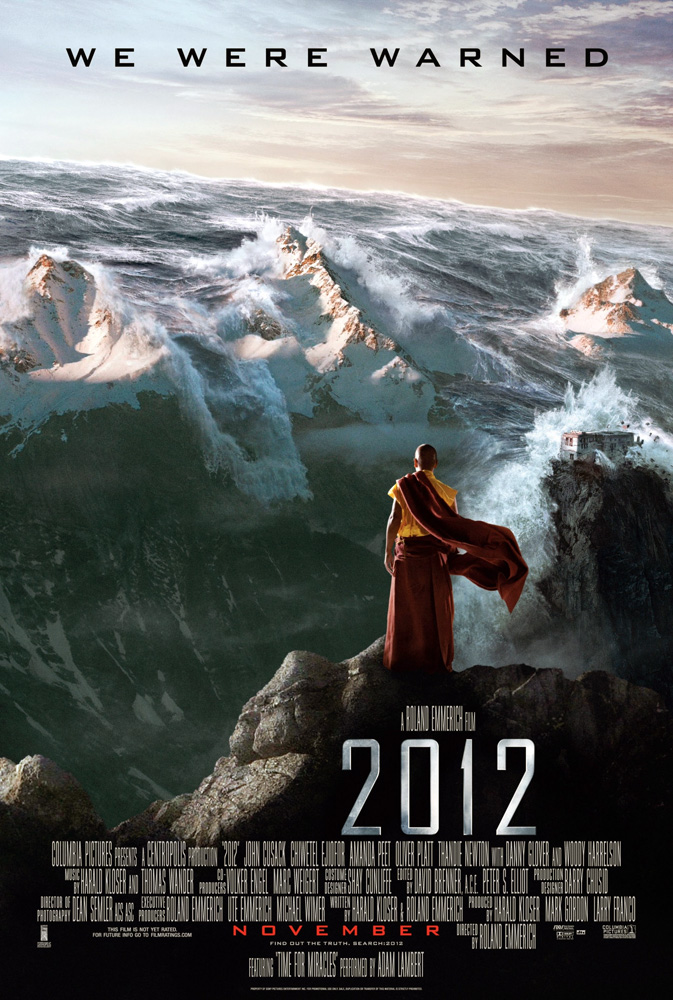