An FBI agent (Aaron Eckhart) whose specialty is tracking serial killers, is suffering from headaches and memories of a troubled past. While investigating a murder, he is being taunted by one particularly brutal murderer and he is on the brink of a nervous breakdown. Also with Ben Kingsley, Carrie-Anne Moss, Harry J. Lennix and Frank Collison. Directed by E. Elias Merhige. [1:39]

SEX/NUDITY 7 - A woman is raped (please see the Violence/Gore category for more details); her blouse is torn open, exposing her bare breasts, and we see the man thrusting and grunting. A man pushes a girl down on a sofa (she screams and appears frightened), and the man approaches her suggesting that he will harm her -- it is implied that he sexually abuses children. A woman wearing a bra and panties dances around a donkey while men watch. A man and a woman hug, he kisses her neck, and they touch each other's faces tenderly. A man asks another man (in crude terms) if he misses having sex with his wife. We see a detailed drawing of a vagina, and we see a man drawing a woman's nude body (we see bare breasts and crotch). We see pictures of a nude woman (we see bare breasts and her crotch) who could be dead, but the image is obscured; we see the pictures again and the images appear to be of a man dressed in a suit that resembles a female body (with bare breasts and crotch). A woman wears low-cut tops that reveal cleavage, bare shoulders and back.

VIOLENCE/GORE 9 - At a crime scene we see a man slumped over with a piece of paper covering his face (there is a spot of blood on the paper); when the paper is removed, we see that the man's eyelids have been cut off (we see the eyes with bloody tissue around them). A car trunk is opened and we see a dead man inside with a large symbol carved on his back (bloody gashes) and his eyelids are cut off. A man grabs a woman, shoves her in a car (we hear her screaming), and rapes her: we see him thrusting and grunting in a car, she struggles against him, he slams her head against a dash board repeatedly and then continues to thrust; we see bloody scratches on her chest. A man pulls a man out of a car through the driver's side window, he throws him on the ground, kicks and punches him repeatedly, spits on him, pulls a knife, and holds it over him; we see the bloody body later with many puncture wounds, a symbol carved on his chest and his eyelids cut off. A man pulls a knife, lunges toward a man, he is shot and falls to the ground (we see splatters of blood on his face). A man opens a packing trunk and finds the remains of many missing children (it looks like a face and bones, etc.). Two men fight on the ground, they wrestle around, one punches the other in the face several times, then the other punches the first in the face repeatedly, holds a rock over his head and then slams it down on top of him (we see the dead body with blood oozing into the ground around his head). A man digs in the ground and uncovers a human hand. A man says to another man, "the boy is in pieces under the bed." We hear about a man having killed many boys and we see many bodies covered with cloth lying on the ground. A man holds a gun to another man's head, grabs him, kicks and punches him, shoves him in the trunk of a car. A man is bound and gagged and another man threatens him by holding a knife to his eye. We see photographs of dead bodies with bloody wounds around their eyes (their eyelids have been cut off), and we see photographs of dead bodies with bruises and burn marks. Two men in a car chase a man in a truck, they both drive off the road and tip over, and one man chases another man on foot over rock-covered terrain and up hills. There are several scenes where a semi-truck drives along streets where children play, and then the children are no longer there (we see a bike overturned or a ball bouncing away) suggesting that someone is abducting children. We see a room with shackles on the walls and on a bed frame, suggesting that this is a place where children have been abused, tortured and killed. A man chases a man who he suspects is a kidnapper and a murderer. We see many photos that include children on missing person announcements. A woman screams when she realizes that her child has been abducted. A man panics when he sees another man in the backseat of his car; the man tells him to pull over while putting plastic gloves on his hands. A man holds a gun to another man's neck, and then he turns the gun on himself forcing the first man to hold the gun to his head. A man holds a gun to a man's head, and a man imagines shooting a man in the head. A man walks into a building with his gun drawn. A boy is tied up in the back of a truck. A man is frightened by a man who sits in a restaurant booth with him, asking him strange questions and making abusive remarks. A man sitting in a booth in a restaurant is startled when someone on the outside taps the window with his hand as he walks by. A man appears nervous when a car follows him along a dark road. We see disturbing sketches of tortured faces and frightening, nightmare-like images. A man suffers from migraine headaches. We see people in a halfway house who appear to be in a drug-induced stupor, and we hear one person screaming. A man hears screaming in his head and appears to be tormented by memories in several scenes. A man vomits (we see goo and hear him retching).

SUBSTANCE USE - People are shown smoking cigarettes and drinking alcohol. A man is shown taking many aspirin tablets throughout the movie.

MESSAGE - We should always follow the rules no matter how despicable the crime and the suspected criminal are. 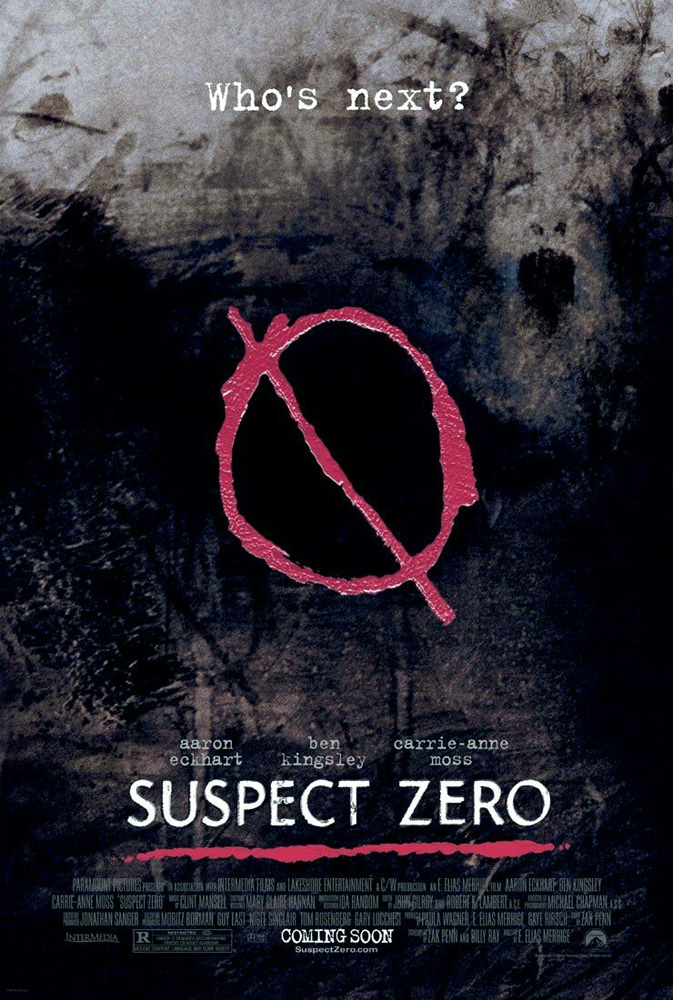