A NYC real estate baron (Ben Kingsley) is dying from cancer and decides to try a secret medical technique called "shedding": For this to work he transfers his consciousness to a younger, inanimate body via linked MRI machines. His new body (Ryan Reynolds) works well, but after moving to New Orleans he begins having flashbacks of a life that is not his own. Also with Victor Garber, Michelle Dockery, Matthew Goode and Natalie Martinez. Directed by Tarsem Singh. [1:57]

SEX/NUDITY 4 - A woman removes her clothing in front of a man seated on a bed and he gasps, then lies back, saying he is not used to seeing such things (we see the woman from the back wearing thong panties that reveal bare partial buttocks); she covers her chest with crossed arms as she kneels on top of the man and kisses him and the scene ends with her buttocks extending behind her in an exaggerated pose (sex is implied).
► A quick series of images shows a series of women lying back on a bed, clothed, and sex with each woman is implied. Two brief scenes show a man carrying different women into a bedroom and kissing them briefly as he walks (sex is implied). A man and a woman kiss passionately in the backseat of a taxi and the cab driver looks at them, smiling. A man and a woman kiss for several seconds in two scenes.
► A woman completely covered by bed sheets tells a clothed man sitting on the bed to lie down and the scene ends. In a close-up in a club, a woman twerks into the camera lens. A woman in a restaurant is seen wearing a tight mini-dress with a slim skirt and she wiggles as she walks away from the camera while a man stares at her backside briefly.
► Two men lie on gurneys outside MRI machines with their lower bodies draped in sheets (we see bare chests and upper abdomens); we see two other men clothed the same way in two additional scenes. A few scenes include women wearing low-cut blouses and dresses that reveal moderate cleavage. Several women wearing mini-dresses and one or two women wear short shorts. A pool scene features a woman standing by the water wearing a one-piece swimsuit with deep cutouts at the sides of her waist (we see a little cleavage).

SUBSTANCE USE - A man ingests a pill daily to fight hallucinations and flashbacks (please see the Violence/Gore category for more details) and after a month his doctor doubles the prescription strength, a man gives another man a bottle of capsules, a man swallows a capsule in dozens of scenes, a doctor swallows a pill, and a marijuana leaf appears on a sign above a NYC storefront. Two men go to a bar in New Orleans where one of the men pours bourbon into glasses for men and women sitting with him, men and women at tables in a bar are seen with cocktails and short glasses of whiskey, and a man at home drinks from a short glass of whiskey. A man smokes a cigarette in a warehouse parking lot.

MESSAGE - Human immortality is a dangerous and expensive prospect. 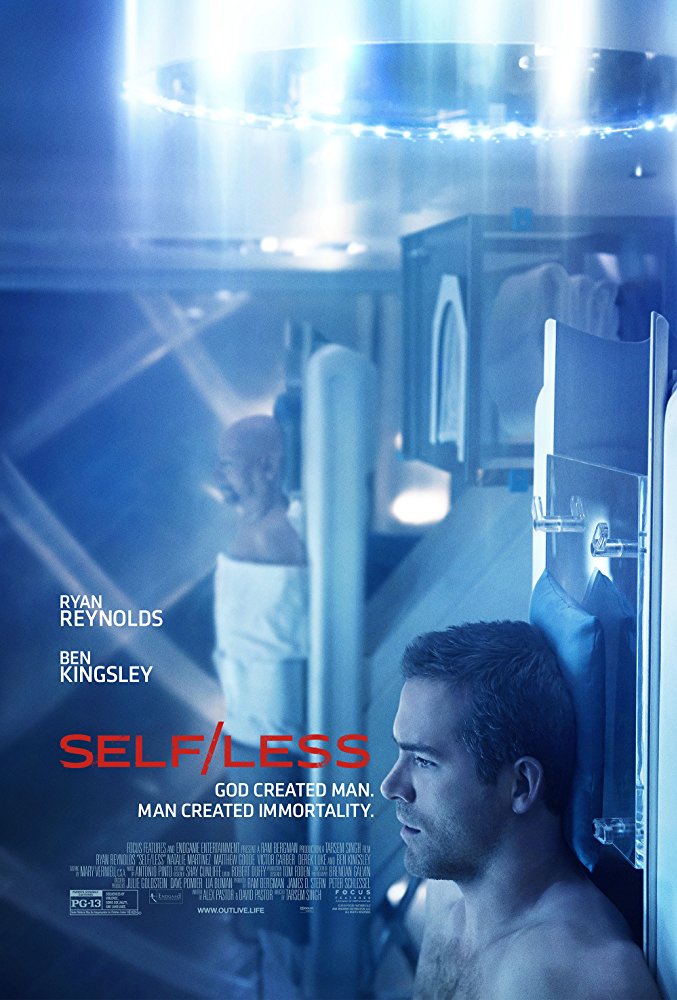