The grisly self-inflicted death game run by "Jigsaw" continues in this fifth installment, which consists of many flashbacks and points to evidence that there may be a new gamester taking over. With Tobin Bell, Costas Mandylor, Scott Patterson, Betsy Russell, Mark Rolston, Meagan Good and Julie Benz. Directed by David Hackl. [1:32]

VIOLENCE/GORE 10 - A man lies unconscious on a table with his hands and feet chained to the four corners and a collar around his neck: he awakens and struggles to get free, he hears a recording explaining what he needs to do to stop a pendulum with a blade from cutting him in half, the pendulum begins to swing, and the man extends his hands and pushes them into two vices that crush them (he screams, blood pours from between the plates and we hear crunching); then the pendulum continues to swing, it slices through his abdomen (we see the flesh separate, blood pours, and he spits blood), he lies motionless and the blade cuts one more time even deeper and more blood pours from the open cavity (we see portions of this scene several times throughout the movie).
► The walls of a room begin to close on a man, he tries to stop them, we see his arm break from the pressure (a bone snaps and protrudes through the skin, with blood pouring on a glass box below him), he struggles to get free and screams as he is crushed.
► Several people wake up with collars attached to cables around their necks, and they must free themselves before being pulled back into a guillotine like device that will decapitate them: four people manage to get free and the fifth is pulled into the blade (we see her head separate from her body and both pieces fall to the floor and a pool of blood forms).
► A man wakes up strapped into a chair and with a glass box over his head; he fights to get it off, the box begins to fill with water, he struggles to breathe, the water fills the box, he fumbles to find a pen, uses it to stab himself in the throat (we see blood dribble from the wound) and breathes through the makeshift tracheotomy.
► Four nail bombs explode in a room where a man stands (we see flames burst into the room and we see the bloody and mostly unidentifiable remains later). Shrapnel strikes a woman when a puppet explodes, we see her with shrapnel protruding from facial wounds and she coughs and gags. A man strikes a man several times with a metal rod and he falls to the floor.
► A man and a woman place their hands inside a box where saw blades spin, we see their hands moving toward the blades, blood sprays and they scream and thrash, the blades move toward their arms (blood fills a beaker as the cut moves deeper), and they both collapse to the floor when the blades stop spinning (we see the man's hand cut from fingers to elbow).
► A dead body is placed in a bathtub of water, the limbs are attached to electrically charged cables, and a meat hook is jammed into the back of the head (we see sparks fly, the body jolts and twitches and the water boils). We see a man wrapped in razor wire, we hear him screaming as he struggles to get free and eventually he is killed by the many cuts and enormous blood loss (we see photos of the dead body with razor wire wrapped tight around it and cutting into flesh). A man's head is crushed between two large hunks of ice (blood splatters).
► A man wakes up strapped into a chair with a shotgun strapped to his chest and pointing at his chin: another man pushes down on the trigger and it clicks but does not discharge a bullet. A man breaks a bottle and pushes a shard of glass toward his wrist (presumably to commit suicide). Two men fight, one is head-butted in the face (he gets a bloody nose), and one is forced into a glass box that is filled with what looks like either broken glass or ice cubes.
► We see the remains of a woman whose head was blown off by an explosive collar around her neck. A woman is stabbed in the throat (blood spurts and sprays). A man is shot in the head (blood and matter spray out of the back of his head). A man is shot in the chest and falls to the floor (we see a bloody bullet hole). We see a dead man on a hospital bed with blood soaked sheets and bandages on and around him. A man with a scalpel cuts a piece of flesh off a dead body.
► We see photos of a dead woman in a few scenes lying across a bed with her throat slit (we see blood and open wound). We see crime scene photos of dead people with bloody wounds, tissue and exposed bone visible in a few scenes. A woman lies dead on the floor in a pool of blood.
► A dog barks aggressively at a man with a gun (nothing happens). A man with a gun walks through a dark passage; he is attacked and falls unconscious. We see several others attacked and injected in the neck by a hypodermic needle with a drug that renders them unconscious. A man is struck with a metal bar.
► We see blood on the pillow of a hospital bed. A man has badly scarred hands and arms from a fire. A woman opens a box and seems alarmed by what she sees inside (we do not see anything).
► A man talks about setting a fire that killed 8 people.

MESSAGE - Working around the legal system to achieve justice can lead to horrible consequences. 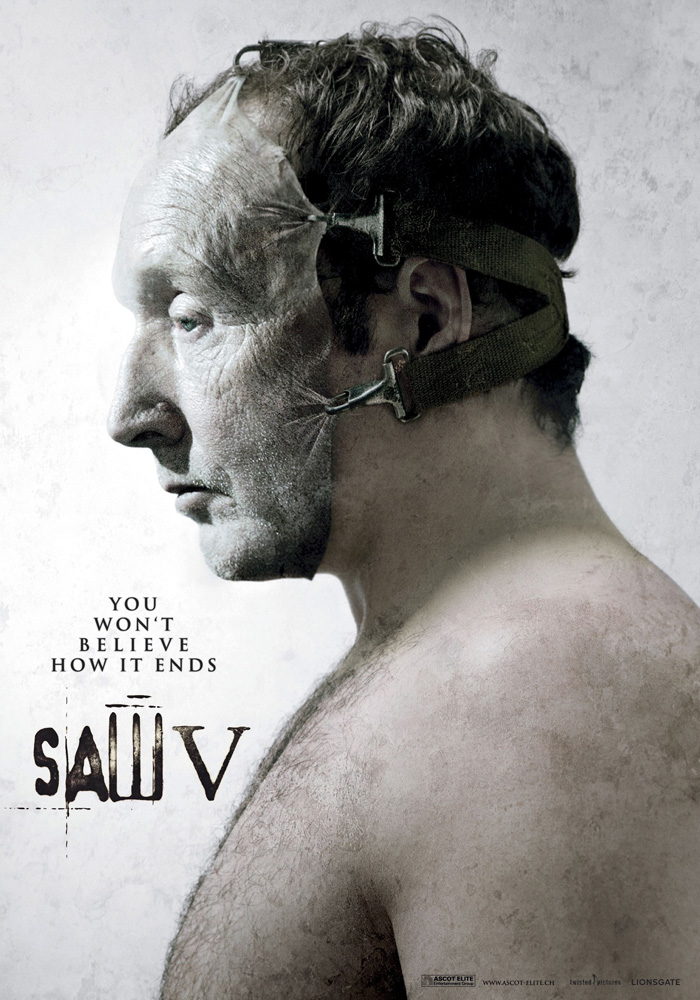