The men and women of a Special Forces DEA unit complete a major drug bust but they also steal a fortune in cash from the drug cartel and someone begins to assassinate them one by one. With Arnold Schwarzenegger, Sam Worthington, Olivia Williams, Terrence Howard, Joe Manganiello, Harold Perrineau, Martin Donovan, Max Martini, Josh Holloway and Mireille Enos. [1:50]

SEX/NUDITY 7 - Two women at a party lie on a bed in a bedroom and kiss in close-up; one is nude from the waist up, wearing only thong panties and the other wears an opaque top and panties (we see the bare breasts of the first woman as the second woman squeezes her nipples) and a man and a woman wearing a stretchy, see-thru lace top over a sports bra and miniskirt with stockings jump onto the bed and the third woman and man kiss in close-up (with tongues touching) as they slap each other on the shoulders and chest. A man and a woman kiss at a meeting with colleagues and we see their tongues rubbing.
► A woman swims in her outdoor pool at night (we see bare shoulders and arms), a male colleague approaches and the camera cuts to an indoor scene where a long bathrobe covers her completely and she kisses the man; the camera cuts to the next morning outside her house where another male colleague picks her up for work and laughingly teases her about having had sex with the other man and she laughs and says he is just jealous.
► A scantily clad woman in a strip club bends over at the waist at the bar and a man rubs the backs of her thighs as he puts dollar bills into her bikini bottom (we can see some cleavage, bare abdomen and legs); three pole dancers writhe around poles just beyond the bar and two of them wear bikinis while a third wears a clingy tank top with a sleeveless T-shirt under it and snug stretch pants. A woman wearing pantyhose and a mini skirt gets into a van, walks toward the camera into shadows and rips off her skirt; we see the curves of her legs.
► A stripper wearing a skimpy bikini, short-shorts, a short denim jacket and cowboy boots that reveal a lot of cleavage and bared abdomen arrives at the door of a gathering. A few women at a party wear low-cut tops and dresses that reveal cleavage. Many women on the streets wear very short clingy dresses that reveal most of their bared legs to the thigh along with significant cleavage. A thin woman wears a sports bra and bike pants that reveal cleavage, abdomen and thigh curves. A poster on a wall shows the bare upper body of a male bodybuilder with Ronald Reagan's head on it. A woman held hostage in a drug raid (please see the Violence/Gore category for more details) is shown wearing only a bra and panties, exposing cleavage and abdomen.
► A woman offers to show a male friend a cell phone picture of a man's penis covered with blond hair, but the friend refuses (we do not see the image). A male DEA agent tells another male agent that they have a finger in the devil's [crude female anatomical term]. A female DEA agent jokingly calls another woman agent "stripper." A male government agent tells a female FBI agent that she resembles a man with her short hair and she is surprised. A male agent tells male colleagues that another male agent has a transvestite friend.

SUBSTANCE USE - A man and a woman sniff a small amount of white powder from a small spoon in a men's washroom, DEA agents raid a drug cartel's hideout and find drug processing equipment and money, DEA agents find 10 one-gallon containers of methamphetamines in a raid, a man tells another man that he needs a Xanax, a female DEA agent opens a prescription bottle and swallows several pills with a gulp of rum from a large bottle (she stumbles as she walks and her eyes are sunken and confused-looking), and a woman's supervisor tells her to stop taking drugs and she tells him to leave her alone. A man drinks beer from bottles in an office and in his mobile home and we see empties on tables in both places, a man and his friends raise bottles of beer and clink them together in a toast and as the bottles lower we see that the men and one woman are in a strip club where many glasses of mixed drinks and bottles of beer fill tables and where men and women are shown drinking, a man drinks whiskey as he watches a torture video (please see the Violence/Gore category for more details), a glass of wine and its bottle are shown on the edge of a swimming pool and a woman in the pool drinks from the glass when a male friend appears with another bottle of wine and they go inside her house where they pour wine (they do not drink), a large outdoor bar behind a home contains empty beer bottles and partially full liquor bottles while several men drink from beer bottles and short glasses of whiskey and a woman shouts and giggles as she drinks beer from a bottle, a man offers a female visitor a bottle of beer and when she declines he insists in a menacing way (she takes the bottle, shakes it up and sprays him with it), a pint of vodka lies on the ground at an accident scene and an agent says that she "can smell the beer" (from a body), a woman visits a friend and says that she needs a drink (she drinks a glass of whiskey), a man and a woman drink large glasses of wine at a home, men and women drink shots and glasses of whiskey with beer at a bar, and a man sits at a table after a gunfight and he drinks a glass of whiskey while smoking a cigar (please see the Violence/Gore category for more details). A man smokes cigars, a man drinks whiskey as he smokes in two scenes, several men and women at a party smoke cigarettes, in an outdoor scene and an office scene a few men smoke cigarettes, a man smokes a cigarette as he drives a car, and a woman smokes a cigarette outside at a crime scene.

MESSAGE - The law cannot stop some people from obtaining justice. 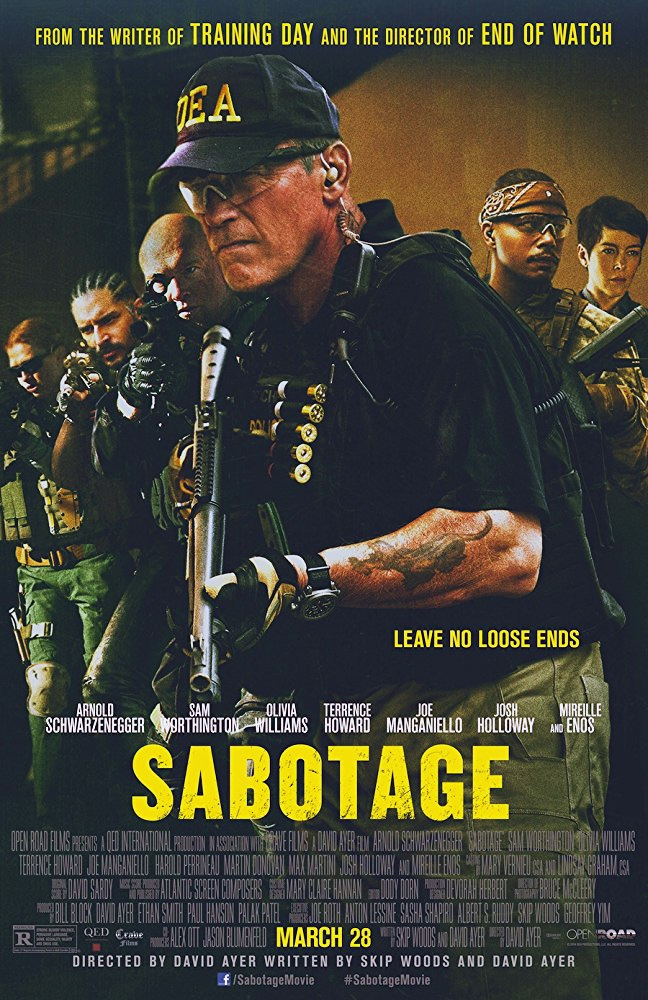