Why is “6 Underground” rated R? The MPAA rating has been assigned for “strong violence and language throughout, bloody images and some sexual content.” The Kids-In-Mind.com evaluation includes a few sex scenes with little nudity and some sexual references; an extended car chase scene, many scenes of gunfire exchanges that end with many people being shot with a lot of blood, a scene of a medical procedure performed in a speeding car that results in a lot of blood being sprayed, many scenes of gunfire exchanged between people causing many bloody and gory injuries and death, a plane crash, a high-rise building is destroyed while people inside are sprayed with gas, and an electromagnetic device causes very loud noises as it destroys a ship and buildings; and over 90 F-words and other strong language. Read our parents’ guide below for details on sexual content, violence & strong language.” A group of international commandos under the leadership of a tech billionaire (Ryan Reynolds) erase their histories and go off the grid in order to more freely fight for justice. Also with Melanie Laurent, Manuel Garcia-Rulfo, Ben Hardy, Adria Arjona, Dave Franco and Corey Hawkins. Directed by Michael Bay. A few phrases and sentences are spoken in Italian, an Asian language, and an Arabic language with English subtitles. [Running Time: 2:07]

– In a dimly lit room, a man and a woman disrobe and lie on a bed and a close-up shows both of their faces grimacing as the man seems to be thrusting from behind the woman and the scene cuts to morning when the woman is shown wearing a skimpy bra and a thong that reveal cleavage, abdomen and bare legs to the hips (the man is fully dressed). We see the head and back of a man wearing an undershirt as he bends over a woman bent forward over the end of a bed (we briefly see her bare shoulders and back and a bra); the man gasps and thrusts and the scene abruptly ends. In a very dimly lit room, a man and a woman disrobe, kiss, and lie on a bed (sex is implied); we see the couple in bed in the morning under covers and when the woman moves we see that she is wearing a sleeveless nightgown (no cleavage is apparent), and the scene ends.
► A man says that another man had some sort of masturbating accident leading to death. A man stands closely to another man, who says, “I can feel the tip…” and the first man walks away. A man wears a shirt with a white arrow on it pointing to his crotch with the words “The Legend.”
► Two museum statues of nude males include genitals. A woman wears a long deeply cut V-neckline dress that reveals significant cleavage. A woman wears a below-the-knee clingy dress. Several women on a yacht wear short skirts that bare legs to the upper thighs.

– We see a bottle of rum and three glasses (no one drinks), two large martinis and a bottle of gin are shown on a bar, a man drinks from a glass of an unidentified liquor, a glass of wine is shown on a table, a man sips wine in an outdoor cafe, a few men and women hold glasses of wine on a yacht, a champagne bottle is seen on a table in a hotel room and it later breaks and spills on the floor, an empty beer bottle is seen on a table, a man and a woman drink from beer bottles in a few scenes, and a man pours two glasses of wine that no one drinks. A man smokes a cigar briefly.

– Everyone has someone or something that is important to them. 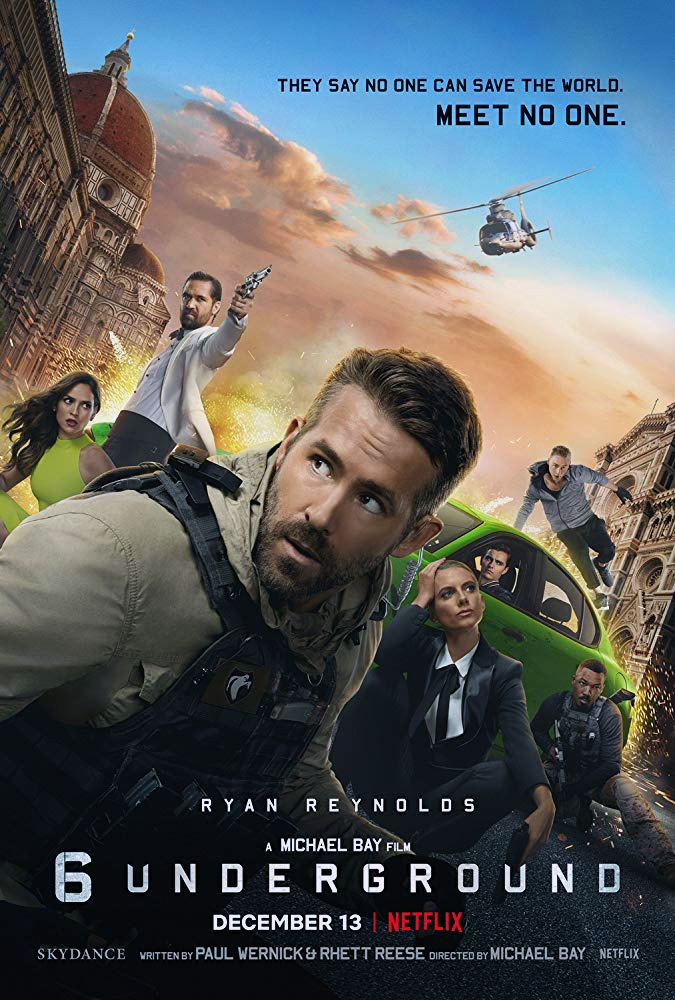