Romantic satire set in an affluent New England liberal arts college during the 1980s about romantic and sexual complications among several students: Sean (James Van Der Beek) deals drugs on the side, Paul (Ian Somerhalder) is bisexual, and his ex-girlfriend Lauren (Shannyn Sossamon) wants to save herself for her boyfriend Victor (Kip Pardue) who's backpacking across Europe. Sean is in love with Lauren, who's in love with both Sean and Victor, while Paul loves Sean. Also with Jessica Biel, Clare Kramer, Thomas Ian Nicholas and Kate Bosworth. [1:50]

VIOLENCE/GORE 6 - A young woman commits suicide by slitting her wrists in a bathtub; we see blood pour from the wounds, we watch her grimace and see the tub full of bloody water. In a date rape scene, a young man has sex with an unconscious young woman lying on her stomach. A young woman tries to pull a young woman, who is dead, out of a bathtub (she is the first to discover her). A man holds a gun to a young man's eye. A man pulls a knife on two young men, there is a scuffle and a young man cuts the man's arm with an electric knife, and the man pulls a gun on them as they race away in a car (we see one of the young men with a bloody nose). A young man is punched and kicked and hit with a bat repeatedly. A man grabs a young man's arm and twists it. A young man yanks a telephone wire out of the wall, ties it around his neck, then around a light fixture in the ceiling and tries, unsuccessfully, to hang himself; the same young man tries, with no luck, to slit his wrists with a disposable razor, and the same young man takes a handful of cold pills hoping to overdose (when he awakens he discovers he has urinated in his pants and the bed). A young man vomits on a young woman's back (we see the goo). A young man who has apparently tried to commit suicide is shown unconscious, his skin is bluish and he is dragged around by his friends and ultimately taken to the hospital (one of his friends says that he tried to kill himself). A young man punches a young woman in the face and we see her bloody nose. A young man is kicked in the crotch and spat on by another young man. A young man injects himself in the foot with a needle, and a young woman's nose bleeds after snorting cocaine. A young man pretends to be dead and paints fake blood on his neck and mouth. A young man puts a lit cigarette in his belly button (as ostensibly a place to hold it). A young man has a bruised cheek and mouth in a few scenes. A young man has a bowel movement and we hear flatulent sounds and see him wiping himself, a young man picks his nose, and a woman vomits into a bucket. A straw man collapses in flames, and a young man punches a pumpkin.

SUBSTANCE USE - There are many college campus party scenes where young men and women drink alcohol to the point of inebriation, as well as smoke cigarettes. And, there are other, non-party scenes that show people drinking and smoking cigarettes. People are also shown using marijuana and other illegal drugs in several scenes.

MESSAGE - No one ever really, truly knows anybody else. 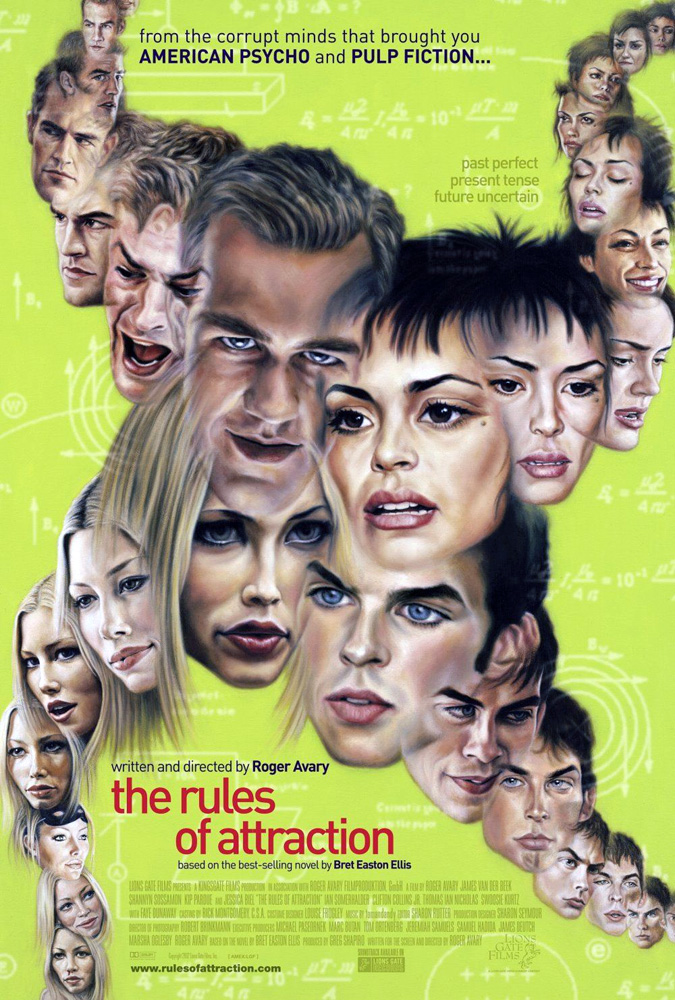