SEX/NUDITY 7 - A man and a woman have sex, and we see very quick glimpses of each of them thrusting on top of the other; we hear moaning and we see the man zipping up his pants and the woman lighting a cigarette (we see her bare shoulders and bra straps). There is a very quick glimpse at a man and a woman having sex: they appear to be standing, maybe in a restroom, we hear moaning, and we see rapid thrusting (no nudity is visible).
► A man makes a fellatio gesture with his hand and mouth, and another man makes the same gesture in a couple of later scenes. Two men dance close together in a club where many other male couples dance.
► A man jokingly pulls his pants down to entice another man to follow him to another room (we see his bare buttocks). A woman wearing either a bikini or bra and panties also wears a foxtail and ears and runs through a crowd at a party while being chased by a man. A woman wears a lace dress that reveals a black bra and panties under it and flesh tone through the lace pattern; she dances with a man at a party. A bare-chested man serves drinks at a party. Several male band members are shown bare-chested during a concert. A man is bare-chested in many scenes and in a few his pants are low-slung and show a bit of his underwear and the top of his buttocks. A man takes off his shirt while chasing another man and we see him bare-chested. A woman wears low-cut tops and dresses throughout the movie that reveal cleavage and bare shoulders. A woman's dress is cut high in the back to the upper thigh (not much is visible). A woman wears a low-cut dress that reveals bare shoulders, and bare legs to the thigh and bare back. Women wear low-cut dresses that reveal bare backs, shoulders and cleavage at a party. A boy is shown wearing boxer shorts and a tank T-shirt. A man is shown wearing boxer shorts and a tuxedo jacket at a party.
► A woman licks hollandaise sauce off her finger seductively. A man touches a woman's hand and tells her that he has feelings for her and she pulls her hand away. Two women flirt with two men in a club.
► A man tells another man that he is gay and that he wants him. A man asks another man if he can come to bed with him (the man says "No"). A man flirts with another man over the phone. A man asks another man to meet him (a romantic interlude is implied). A man asks a man what he'd want to do with him. A man makes a comment about having the "Hottest set of twins" for another man's last evening before going to prison. A woman talks about being married to a gay lawyer.

VIOLENCE/GORE 8 - Two men struggle over a gun, one man is shot and blood splatters on a wall; another man is shot and blood splatters, and then two other men are shot (we do not see them). A man is shot three times and two other men are shot once each, and we hear that they are put in the trunk of a car and the car is burned (a man describes this and we see a re-enactment). A man is shot repeatedly (he falls to the floor with blood on his shirt). A man is shot in the abdomen (we see blood and he bends over holding the wound).
► A man is beaten repeatedly on the legs with a golf club (we see the first blow and the man falls to the ground holding his leg and the rest of the blows show the assailant swinging the club into the air and we hear crunches and the victim yelling. A man is struck repeatedly with a baseball bat, and then a golf club (we hear the blows and he falls to the floor). A man waits for another man in a dark tunnel and hits him in the back of the head with a piece of wood (the man is shown bleeding but alive).
► A man stabs another man repeatedly (the man flinches and yells and falls to the ground where he is kicked and struck repeatedly with a garbage can lid until he is unconscious).
► A man is tied to a chair, he is raised into the air by a chain and lowered into water and we understand that he is killed (we do not see anything more). Two men are tied to chairs and gagged, and one man's chair is lifted into the air over water while another man talks about crayfish being in the water and that they will eat him; the man is lowered into the water, and he is pulled back up and has a few crayfish on him (he is screaming but doesn't appear to be injured).
► A man punches a man in the face (he falls to the ground), and he then punches another man in the face (he staggers back). A man tackles a man and punches him several times.
► A man holding knives jumps on the roof of a moving car, one knife stabs through the roof and nearly cuts the driver, and the car crashes into a parked car throwing off the man on the roof. A car is struck hard in the side by a truck (we see the passengers being thrown around, they regain consciousness and fight with men who are trying to steal a brief case from them: they chase the men, they fight, they speed away in a car, crash into a store window and we see the car occupants with bloody faces.
► A man grabs another man by the crotch, squeezes, and pushes him into a wall (we hear crunching). A man slaps another man in the face three times, and then another man slaps him in the face harder (he staggers back from the blow). A man slaps a boy in the face hard enough for him to drop to the floor. A man with a bloody face chases another man with a bloody face, and one of the men collapses after running for a while. A man slaps another man in the back of the head.
► A man holds a bottle toward another man in a threatening manner; the other man holds a pointed object and threatens him in return. A man takes off his belt and walks toward a boy menacingly (it is suggested that the man beats the boy with the belt). A man puts a sword to another man's throat, threatening him. A man calls another man into a woman's apartment and it is implied that they will hurt her or kill her (we do not see anything).
► Two men stripped to their underwear stand over another man who is tied to the four corners of a bed, and one man swings a machete and appears to be preparing to kill the man (they are interrupted by other men with guns). Two men with clubs steal a car from two other men (no one is injured).
► A man makes a comment about how he is going to "rape that Russian" (figuratively). A man tells his stepson that even his real father didn't want him. A man yells at another man and calls him names after the man tells him that he is gay. A man talks about another man's mother killing herself with a razor.
► A man falls off his chair when he realizes that he has been robbed. A boy pulls a gun out of the belt of a man and threatens other boys with it (as a joke).
► A man stands in an apartment smoking and swaggering, he appears intoxicated and falls to the floor where he drools and vomits (we see goo splattered on the floor). Two men compare the large number of scars on their legs and abdomens, which were mostly caused by weapons.

SUBSTANCE USE - A man smokes from a bong and we are told that he is a "junkie" on several occasions. Two men drink alcohol and smoke cigarettes, a man drinks whiskey in a couple of scenes and complains about its quality, men are shown drinking alcohol and smoking cigarettes in a bar, and a man drinks a beer. People smoke while playing cards, men smoke cigarettes in several scenes, two men smoke cigars in a few scenes, and a woman smokes cigarettes in several scenes. A man stands in an apartment smoking and swaggering and he appears intoxicated. There is a scene that includes a man discussing the deadly effect of smoking cigarettes and discussions on drugs.

MESSAGE - Greed is blind and doesn't know when to stop. You may think you're nasty, but there's always someone nastier. 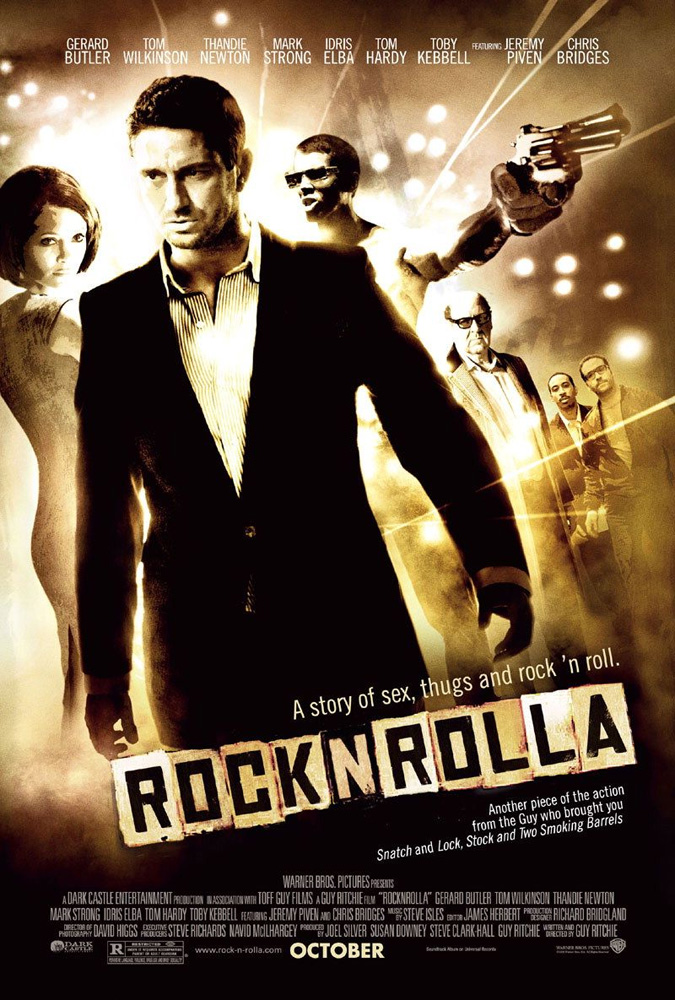