In the near future, computerized body parts are available on credit, but since not everyone can pay their bill, company repossession agents are ready to take back transplanted body parts by force. When the top repo man (Jude Law) is stricken by a job-related heart attack, his company supplies him with a new heart, and when he's unable to make payments, his old partner (Forest Whitaker) comes after him, to repossess the organ. Also with Alice Braga, Liev Schrieber, Carice Van Houten and Chandler Canterbury. Directed by Miguel Sapochnik. [1:51]

SEX/NUDITY 7 - In a bar, we see two women doing brief lap dances, wearing only thong underwear (bare breasts and nipples, abdomens, arms, shoulders, backs and buttocks are visible). A shirtless man sits at an upper story window in a couple of scenes. In a shower scene, we see a man from the waist up; in two other scenes, we see a man remove his shirt to reveal his bare chest. A mascot heart suit opens to reveal a stripper in a skimpy black bikini: she writhes, sits in a man's lap, and he looks bored (we see her cleavage and the bottom of her buttocks). We see the side and upper buttocks of a man and a woman that are about to have organs repossessed (please see the Violence/Gore category for more details). A large advertisement shows bare buttocks covered by hands, and states, "Don't leave it behind."
► A woman and a man stumble into an apartment, she removes her coat to reveal a very short dress (we see the bottom of her buttocks), the man takes down his trousers and the woman kneels in front of him and touches his groin (suggesting oral sex); then they stop and stand up because someone else is in the apartment (please see the Violence/Gore category for more details).
► A man and a woman kiss each other as they sensually cut each other open in order to be able to scan their artificial body parts into a computer databank (please see the Violence/Gore category for more details).
► A woman kisses a man briefly twice.

SUBSTANCE USE - A woman suffers a cocaine overdose in a dark alley, a man and a woman rub cocaine on each other's gums before cutting open their bodies (please see the Violence/Gore category for more details), a man rubs his fingers over the top of a CD case that is red and looks almost like blood and then rubs something on his gums, opens a small black vial, removes powder with his fingers and rubs that on his gums (suggesting cocaine use), and an electronic billboard across the street from an elementary school shows a green metal bottle and the words "Get Jacked." Two men sit at a bar drinking from green metal bottles, we see a bar filled with a large assortment of hard liquors and wines, a man's apartment shows his bar stocked with liquor bottles, green beverage bottles are seen on a bar top, a man sits on a beach beside an opened bottle of beer but does not drink, an open bottle and glasses of red wine are shown on a table, men and women drink form beer bottles or green bottles in a bar scene, and a man drinks a tropical alcoholic beverage on a beach. A man smokes.

MESSAGE - Take care of your body. 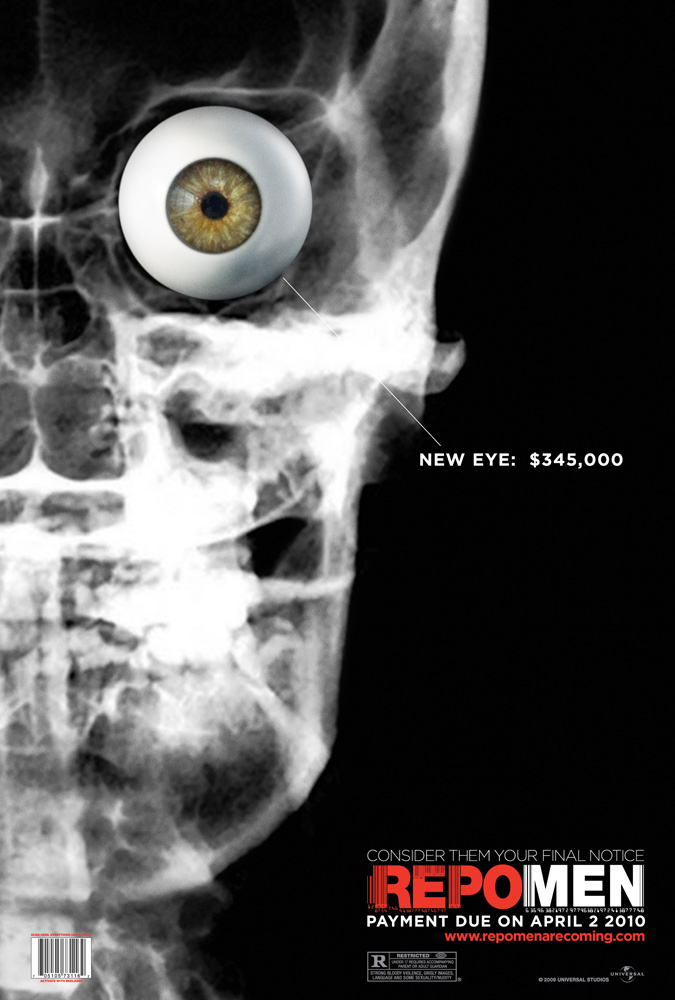