Why is “Reminiscence” rated PG-13? The MPAA rating has been assigned for “strong violence, drug material throughout, sexual content and some strong language. ” The Kids-In-Mind.com evaluation includes one sex scene with partial nudity, references to sex, several kissing scenes and skimpy lounge singer outfits, a few deaths by stabbing and gunshot, several scenes of people retrieving memories with some being violent and painful, a shootout in a nightclub ending with people wounded and dead with blood shown, a man set on fire, two near drownings, several fight scenes with some bloody wounds shown, discussion of rising waters and temperatures, discussions of a highly addictive drug and people taking the drug in a few scenes, and 1 possible F-word and other strong language. Read our parents’ guide below for details on sexual content, violence & strong language. In the near future, after Miami has been mostly flooded due to climate change, people seek relief by using memory retrieval tanks that help them relive past events. An expert (Hugh Jackman) in retrieving memories becomes entangled with a mysterious woman (Rebecca Ferguson), who suddenly disappears and when he tries to find her, he discovers that some memories are more complicated than they appear. Also with Thandiwe Newton, Cliff Curtis, Daniel Wu, Mojean Aria, Marina de Tavira, Brett Cullen, Natalie Martinez, Angela Sarafyan and Javier Molina. Directed by Lisa Joy. A few lines of dialogue are spoken in Mandarin, some with English subtitles or translation. [Running Time: 1:56]

– A woman moves close to a man, he touches her face and they kiss passionately; the man picks the woman up and puts her on the counter where they continue to kiss, he removes his shirt (we see his bare chest, abdomen and back), she pushes him back into a chair, straddles him and we see her thrusting on top of him. A woman wearing a negligee climbs onto a bed and straddles a man lying there (we see cleavage and her bare shoulders); they then kiss. A man and woman lie in bed (their bare shoulders are visible above bed covers) and they kiss and caress each other’s faces in a few scenes. A man and a woman kiss in several scenes.
► Two men caress each other’s faces. A man kisses a woman’s bare shoulder, and they hug and snuggle in a few scenes. A man watches a woman sing and seems enamored. A woman tries to touch a man’s face and place his hands on her abdomen and he pulls away from her.
► A woman wearing a skimpy dress (we see cleavage, bare back and legs to the hips) sings in a bar/nightclub and climbs on the bar where she strikes seductive poses and writhes briefly while a man watches and asks for an introduction. A woman searches for her keys under a dresser and we see a sex aid among other items on the floor.
► A woman drops her dress while standing in front of a man and he looks away (we see her bare shoulders and upper back). A woman lies on the ground with her bare back exposed as a man caresses her; she sits up and pulls a sheet across her chest. A shirtless man climbs into a tank partially filled with water wearing boxer briefs (we see his bare chest, back and abdomen). A woman wears a deeply cut dress with cutouts on the sides and slits up both legs (we see cleavage, and her sides and legs to the upper thighs). A woman wears a deeply cut dress with a slit up one side that reveals cleavage, her bare leg to the hip and bare back to the hip. A woman wears a tank top that reveals cleavage and bare shoulders in many scenes in the movie. A woman wears a short negligee that reveals cleavage and bare legs to the upper thighs. A woman wears a man’s shirt (we see her bare legs to the thighs). A man’s shirt is shown unbuttoned to reveal his bare chest and abdomen in a couple of scenes. A woman wears a strapless bra and boy short underwear that reveal cleavage, bare abdomen and legs to the hips.

– References to drug use and the extremely addictive effects of a particular drug, a man offers a woman two capsules as payment for a session in a memory retrieval tank (she declines), and people are sedated with a hypodermic needle to the neck in several scenes. A woman talks about giving up drinking but that her hands would shake (please see the Violence/Gore category for more details), a man drinks whiskey in his apartment, a woman says that a man doesn’t pay her enough to drink herself to death, people drink in several bar scenes, a woman drinks a whole bottle of liquor, and a man and a woman drink from a flask in a couple of scenes.

– Some things we cannot forget even if we want to. There are no happy endings, just happy middles. 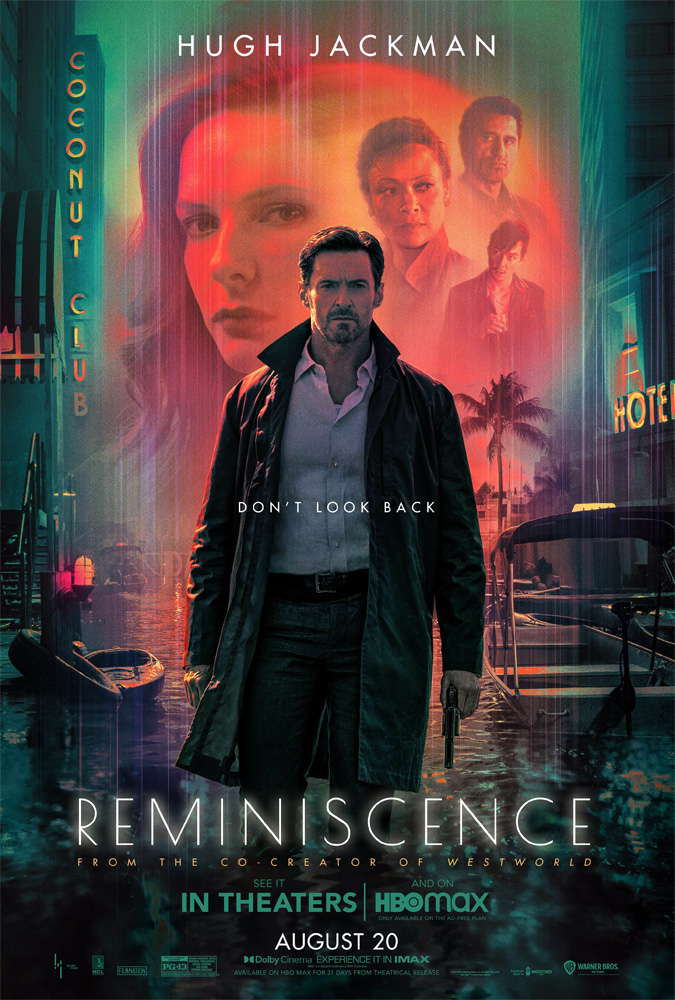