SEX/NUDITY 6 - Many instances of sexual innuendo and several kisses (a few are passionate). A man and woman kiss passionately while undressing each other and moving around the room with her legs wrapped around his waist; we then see them in bed, thrusting and moaning, and then see his head disappear below her waist (during the scene we see their bare buttocks and her bare breasts). We see a woman's bare breasts when she takes off her bikini top in front of a man; also, we see the back of a woman wearing panties, a tank top and thigh-high stockings.

VIOLENCE/GORE 7 - Several people are shot and killed; a few times throughout the movie we see the corpses with bloody gunshot wounds (one is lying in a pool of bloody snow) and in one scene we see blood on some walls. A man is stabbed in the stomach and has lots of blood on his mouth, hands and clothing; we later learn he died. A person engulfed in flames falls backwards through a window and lands on a car hood. A car engulfed in flames hits a person, then both fall off a cliff; also, a truck with someone inside falls off a cliff and explodes at the bottom. A man is presumably killed when the small icehouse he's in is shot many times. A car backs into someone, briefly pinning the person against a wall; also, a car drives through a building and hits two people. A man throws several darts in a wall behind a man's head, then throws two into his shoulder and chest. Two people fall through ice covering a lake and nearly drown. Many scenes of people being beaten up: a person is beaten with a pipe, another is backhanded in the nose (we see some blood), another is pushed into a wall and held there, another is held on the ground, a bottle is broken over someone's head, several people are punched and kicked (sometimes repeatedly) and several people are shoved and/or thrown to the ground. Some scuffling and a face slap. A few people roll down a large hill. A man overturns a table. Lots of threatening with guns and knives; several people are shot at throughout the movie. Some reckless driving and a car chase. Prisoners find roaches in their gelatin, which results in a riot (people throwing food, punching, hitting each other with trays, etc.). We see someone with a bloody face and another with a bloody mouth.

LANGUAGE 10 - About 60 F-words, an anatomical reference, lots of scatological references, lots of mild obscenities and some insults.

MESSAGE - No one can be trusted; there's no honor among thieves. 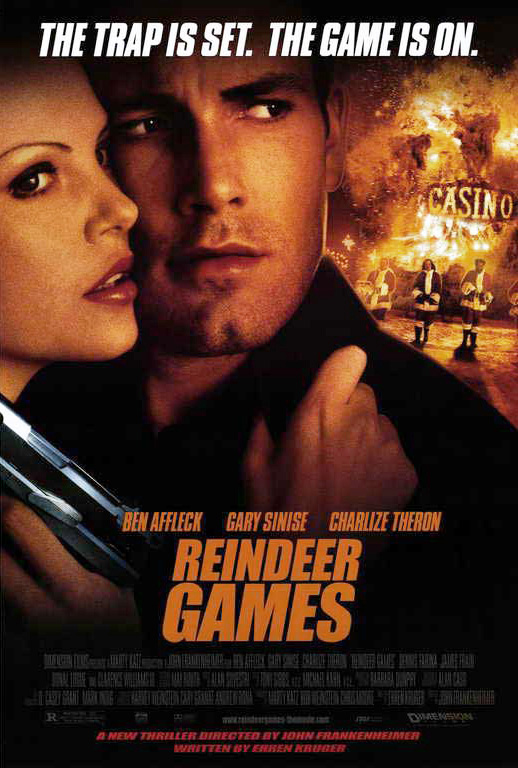